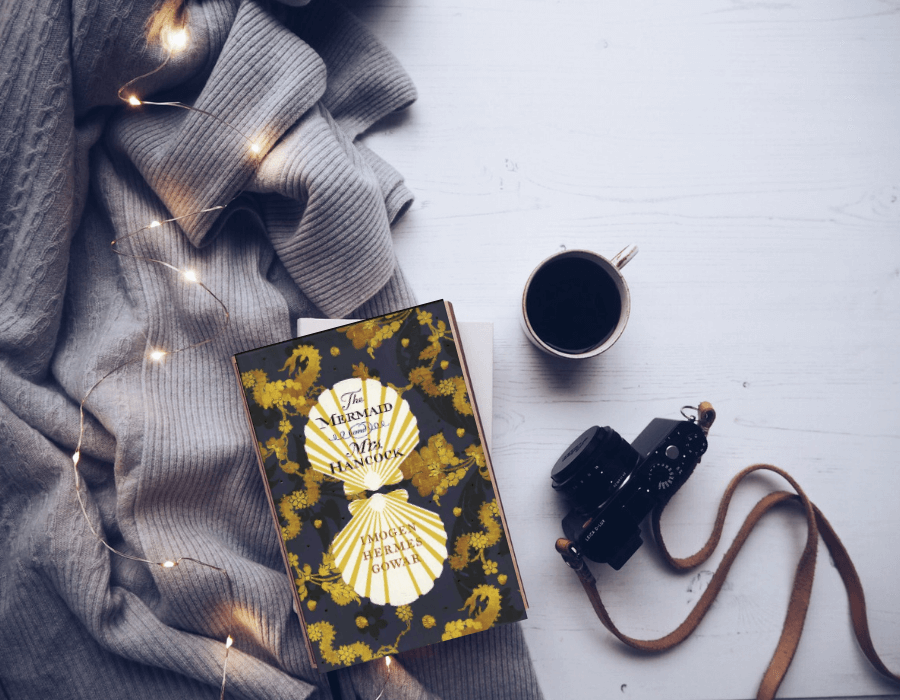 I’m delighted to reveal that The Sunday Times Peters Fraser + Dunlop Young Writer of the Year Award, in association with the University of Warwick Shadow Panel Winner is The Mermaid and Mrs Hancock by Imogen Hermes Gowar.

Members of the shadow panel met a little over a week ago, on a bleak and blustery day in London, to discuss our thoughts on the impressive shortlist (that also featured Elmet by Fiona Mozley, Kings of the Yukon by Adam Weymouth and The Reading Cure by Laura Freeman) and Hermes-Gowar’s gothic romp – set in eighteenth-century London – was picked as winner after a lengthy and lively discussion. Everyone agreed that each of the books were worthy of their place on this year’s shortlist, and the decision certainly wasn’t an easy one. After narrowing the books down to just two potential winners, shadow-judge Paul cast the decisive vote from the train he’d been stranded on for hours, en route to London.

Judges Andrew Holgate, Kamila Shamsie and Susan Hill will deliver their verdict at the London Library next Thursday, 6th December where the prize will be awarded.

I’ve loved the chance to be involved with such a prestigious award, and certainly have a new-found respect for all those involved with the judging of a literary prize. While the reading and reviewing of each of the books was certainly a highlight, so too was meeting my fellow shadow judges – Amanda (Bookish Chat), Lizzi (These Little Words),  Paul (HalfMan, HalfBook) and Susan (A Life in Books) .

Keep an eye on the prize’s website for the winner announcement next week.

RELATED:  The Vanishing Half Book Review

About the Sunday Times Young Writer of the Year Award

The Sunday Times/Peters Fraser & Dunlop Young Writer of the Year Award, in association with Warwick University, is awarded annually for a full-length published or self-published (in book or ebook formats) work of fiction, non-fiction or poetry, by an author aged 18 – 35 years. The winner receives £5,000, and there are three prizes of £500 each for runners-up. The winning book will be a work of outstanding literary merit.

The Irish writer Sally Rooney was named last year’s Young Writer of the Year for Conversation with Friends (Faber & Faber), which went on to be shortlisted for the Rathbones Folio Prize, the Swansea University International Dylan Thomas Prize, and the British Book Awards. Rooney followed Max Porter, who won with his genre-bending Grief is the Thing with Feathers (Faber & Faber), and the poet Sarah Howe, who was awarded in 2015 for her first collection, Loop of Jade (Chatto & Windus), which went on to win the T.S. Eliot Prize. This year’s winner will join these three exceptional writers, and a list of alumni that includes everyone from Robert Macfarlane and Simon Armitage to Zadie Smith and Sarah Waters.

The prize – which rewards the best work of fiction, non-fiction or poetry by a British or Irish author aged between 18 and 35 – has become the definitive platform for young writing. Working with a growing network of partners, including the British Council, it provides a vital support system to the very best talent at work now. Generously sponsored by literary agency Peters Fraser + Dunlop, and created by The Sunday Times, the Young Writer of the Year Award is running in association with the University of Warwick – home to the acclaimed Warwick Writing Programme – who are offering a bespoke 10-week residency for the award’s winner, and a year long programme of digital support for the Prize. The British Council is the international partner of the prize.