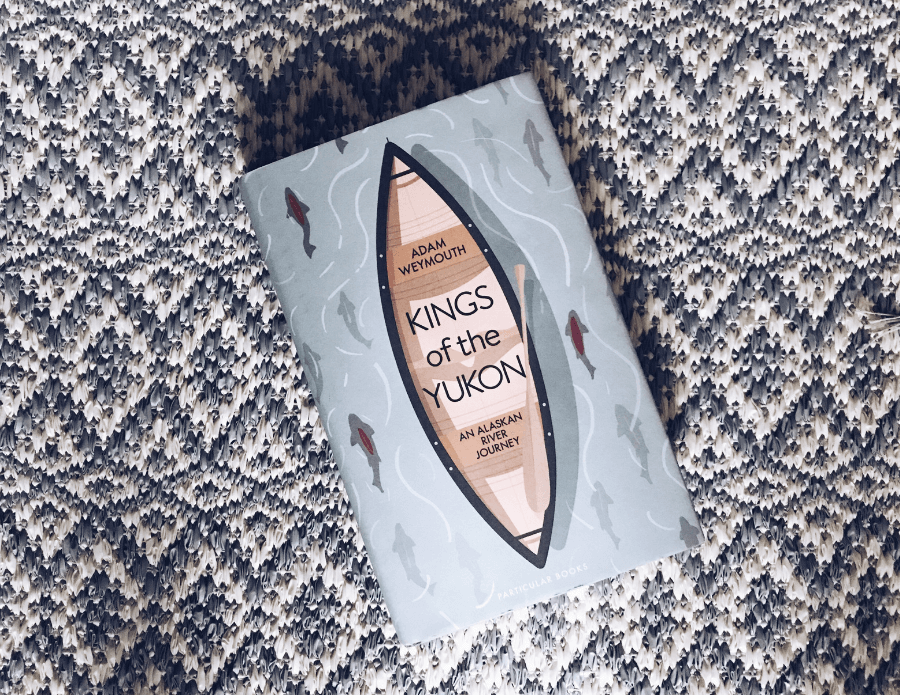 Despite being an avid and ardent reader, indeed, despite having read The BBC Top 100 as a way to broaden my reading horizons, I still sometimes find myself reluctant to read beyond the bounds of what I know I will love. And thus, the joy of being on the shadow panel for The Sunday Times / Peters Fraser + Dunlop Young Writer Of The Year Award (in association with The University of Warwick), has been reading books that I otherwise might not have, including Adam Weymouth’s Kings of the Yukon.

Unlike the other three shortlisted titles, I’d not previously heard of Kings of the Yukon, and while I’ve read many a travel memoir, were it not for being on the shadow panel, I may not have ever got around to reading Adam Weymouth’s debut book.

Kings of the Yukon: One Summer Paddling Across the Far North, is Weymouth’s account of setting out on a 2000 mile journey, made predominantly by canoe, down the Yukon River, starting in Canada and continuing on into Alaska. An intriguing tale that weaves travel, adventure and memoir, it’s a wonderful book that is both inspiring and informative throughout.

Rich with amazing descriptions of the Alaskan/Yukon landscapes, the native ways of life, Western-Native interactions, commercial fishing processes, and how all these things affect the life cycle and future viability of King salmon populations it makes for a beautiful read, unlike anything I’ve come across before. So much more than just travel writing; Kings of the Yukon is an exploration of the relationship between fish and man, woven alongside stories of the people Weymouth meets on his trip, their habits, their ways and traditions – and it’s also a very evocative account, whereby you can almost smell the fish and feel the wind and taste the clear water of the Yukon.

While a beautifully descriptive memoir throughout, it too offers readers a valuable insight into the livelihood of both salmon and the natural world as a whole, making Kings of the Yukon essential reading for anyone with a vetted interest in the world in which we live.

About Kings of the Yukon

The Yukon river is 2,000 miles long, the longest stretch of free-flowing river in the United States. In this riveting examination of one of the last wild places on earth, Adam Weymouth canoes along the river’s length, from Canada’s Yukon Territory, through Alaska, to the Bering Sea. The result is a book that shows how even the most remote wilderness is affected by the same forces reshaping the rest of the planet.

Every summer, hundreds of thousands of king salmon migrate the distance of the Yukon to their spawning grounds, where they breed and die, in what is the longest salmon run in the world. For the communities that live along the river, salmon was once the lifeblood of the economy and local culture. But climate change and a globalized economy have fundamentally altered the balance between man and nature; the health and numbers of king salmon are in question, as is the fate of the communities that depend on them.

Traveling along the Yukon as the salmon migrate, a four-month journey through untrammelled landscape, Adam Weymouth traces the fundamental interconnectedness of people and fish through searing and unforgettable portraits of the individuals he encounters. He offers a powerful, nuanced glimpse into indigenous cultures, and into our ever-complicated relationship with the natural world. Weaving in the rich history of salmon across time as well as the science behind their mysterious life cycle, Kings of the Yukon is extraordinary adventure and nature writing at its most urgent and poetic.

Adam Weymouth’s work has been published by a wide variety of outlets including the Guardian, the Atlantic and the New Internationalist. His interest in the relationship between humans and the world around them has led him to write on issues of climate change and environmentalism, and most recently, to the Yukon river and the stories of the communities living on its banks. He lives on a 100-year-old Dutch barge on the River Lea in London. Kings of the Yukon is his first book.