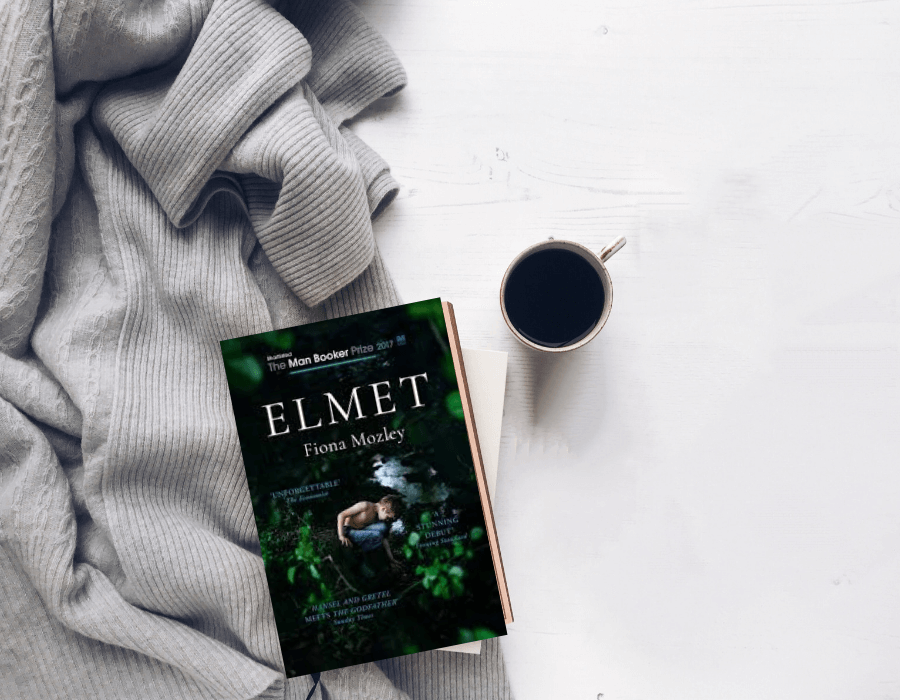 The life of a bookworm is often an ongoing struggle; however hard we try, however many hours we spend dedicated to reading, indeed however many books we plough our way through and however meticulously we scour the shortlists and longlists and winners of literary prizes, there will always, always be books left unread.

Being on the shadow judging panel for The Sunday Times / Peters Fraser + Dunlop Young Writer Of The Year Award (in association with The University of Warwick) has been a brilliant opportunity to read both writers and genres I wouldn’t have previously come across, including Elmet by Fiona Mozley. Also shortlisted for the 2017 Man Booker Prize, it has been lauded by critics and readers alike as a starling debut, and is undoubtedly a worthy work of captivating fiction.

The tale opens with an epigraph of Ted Hughes’s Remains of Elmet, a collection of poems celebrating the West Yorkshire landscape in which he spent his early childhood; and it is this rural and rugged terrain that forms an integral part of Mozley’s debut.

Steeped in the landscape of the Ridings of South Yorkshire, Elmet tells the story of fourteen year old Daniel, who lives with his sister Cathy and their troubled father, in a makeshift cottage in the woods where they are detached from mainstream society and self-contained in both their self-sufficiency and innocence.

Bound by their familial loyalty, their father has made a living for much of his life through fist fighting, and while Cathy is very much her father’s daughter, Daniel is cut from a more genteel and sensitive cloth. With little more to their name than the makeshift cottage in which they live, the family’s livelihood is very much dependant on the land on which they live and the generosity – or lack thereof –  around them; many of whom show an almost total lack of compassion to their struggles.

As the story progresses, so too does the reader’s investment in the lives of the three central characters, and we witness the father’s willingness to fight tooth and nail to secure a more stable future for his children.

The language is at time sparse; echoing that of of the landscape; but the pace of the plot is steady throughout, only to be picked up with venom in the last third of the book, as Elmet reaches its climatic ending.

I read much of the book curled up in bed at my parent’s cottage, nursing a cold, and turned the final page when the house was still and the sky was black and a frost was beginning to form on the outside fields. Despite the thick of the night, a shimmer of light was visible in the distance, which cast shadows across my almost entirely dark room, and, spooked by the harrowing ending of the tale I struggled to get to sleep.

A brutal and bare knuckle tale of landscape and land and landowners and ownership, Elmet is a fascinating and accomplished story that brilliantly embodies gothic elements of Yorkshire folklore and fable. Both truly unique and a poignant and powerful tale, relevant now more than ever in a time where many are disenfranchised and voiceless; I’ve not read anything like it before, and don’t imagine I will again.

Daniel is heading north. He is looking for someone. The simplicity of his early life with Daddy and Cathy has turned menacing and fearful. They lived apart in the house that Daddy built for them in the woods with his bare hands. They foraged and hunted.

Cathy was more like their father: fierce and full of simmering anger. Daniel was more like their mother: gentle and kind. Sometimes, their father disappeared, and would return with a rage in his eyes. But when he was at home, he was at peace. He told them that the little copse in Elmet was theirs alone. But that wasn’t true. Local men, greedy and watchful, began to circle like vultures. All the while, the terrible violence in Daddy grew.

Brutal and beautiful in equal measure, Elmet is a compelling portrayal of a family living on the fringes of contemporary society, as well as a gripping exploration of the disturbing actions people are capable of when pushed to their limits.

Fiona Mozley was born in Hackney but grew up in York and studied at Cambridge before moving to Buenos Aires for a year – without speaking any Spanish. After briefly working at a literary agency in London, she moved back to York to complete a PhD in Medieval Studies. She also has a weekend job at The Little Apple Bookshop in York. Elmet is her first novel and has been shortlisted for the Man Booker Prize 2017.