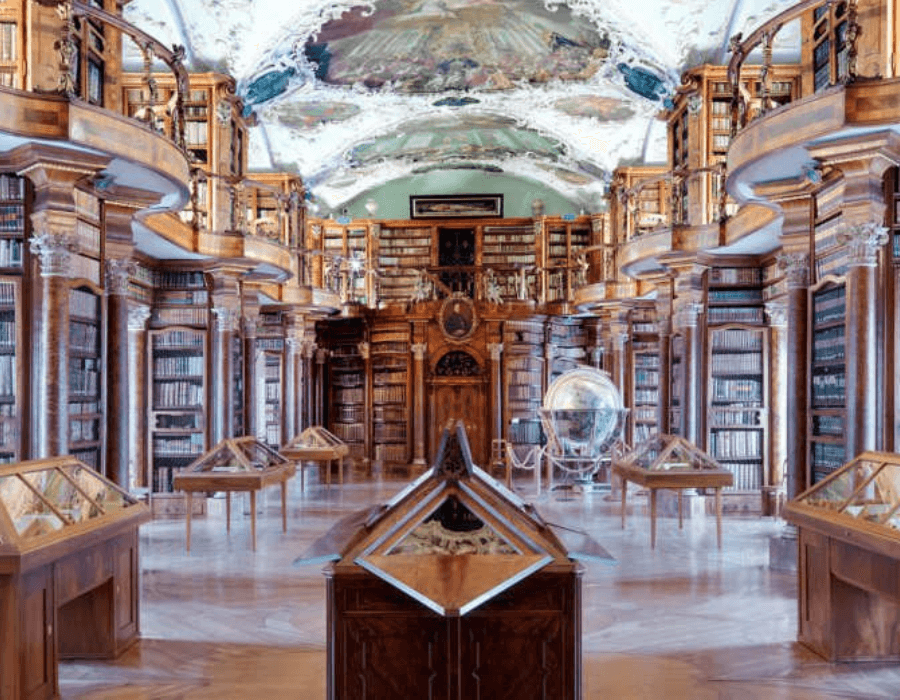 Travelling for book lovers is about so much more than basking in the afternoon sun, cocktail in hand, or exploring the well-trodden tourist spots. Indeed, for anyone with a penchant for literature, holidaying is about hunting out the best places to read a book, finding hidden bookshops down flagstone walkways, and visiting places of literary significance. And while there are a great many places for bookworms to visit, few are as impressive as some of the great libraries scattered all over the globe. I’ve previously written about some of the world’s best bookshops, and if you’re after some more literary inspired landmarks for your bookish bucket list, here are a selection of the world’s most breathtaking libraries, that every book lover must visit.

The Royal Portuguese Cabinet of Reading in Rio de Janeiro

The Royal Portuguese Cabinet of Reading is a hot spot for book lovers in Brazil’s capital city. Who wouldn’t want to be stuck in this three-story library for the rest of their lives? With its floor-to-ceiling bookcases that have over 300,000 books and a new collection of over 6,000 titles every year, it’s heaven for any avid reader.

More popularly known as the Abbey Library in St. Gallen, the Stiftsbibliothek Sankt Gallen is one of the oldest and most beautiful places to read in the world, and the library also features floor-to-ceiling shelves. While you read to your heart’s content you will be surrounded by the magnificent burnished woodwork, balconies, and ceiling frescoes. It also has on display the 8th-century bill of sale for the abbey property, a Gospel of John c.a. 800 AD, and ever-changing exhibitions that include handwritten and illuminated texts of liturgical works, and biographies of saints from the 8th century. 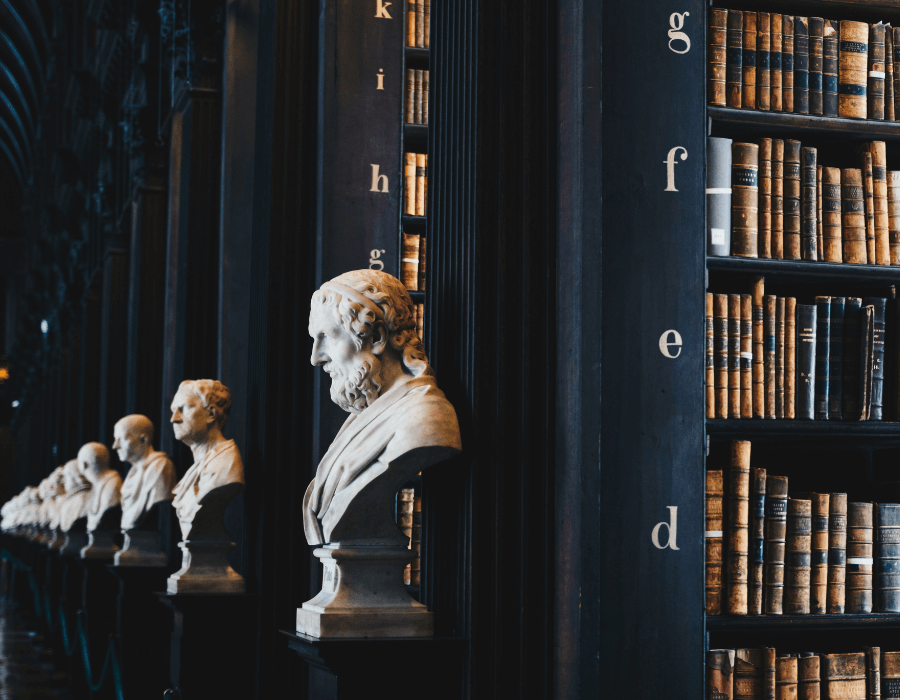 This historic place is described by Conde Naste Traveler as one of the world’s best places for book lovers. It is home to the famous Book of Kells, a ninth-century manuscript written by monks in amazingly intricate fonts and illustrations — and each page truly is a work of art.

This library is housed in a historic renaissance building and is known as one of the earliest surviving public manuscript depositories in Italy. Today, it features over a million volumes of books, more than 10,000 manuscripts, and over 2,000 incunables (pamphlets). Apart from having a vast collection of books, the library’s architecture is also notable. It’s rich in art, and the halls and coffered ceilings will make you feel like you’re in your favourite Greek mythology. 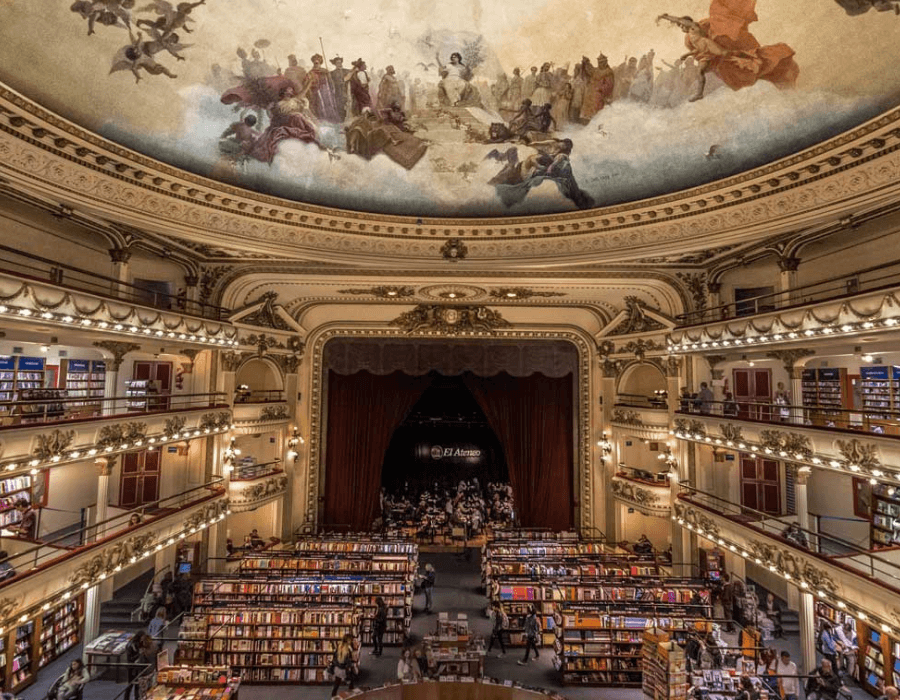 El Ateneo Grand Splendid used to be a theatre, and it still has the red stage curtains and the al fresco ceiling. The former mezzanines and orchestra sections are now lined with thousands of books. There are cafe tables on the stage where dancers used to perform. If you want to be at the heart of Argentine culture, arts, and literature, you’ll love it here.

A quick note on the importance of supporting libraries

While these libraries will remain as towers of culture and literature, many local libraries are in danger of disappearing altogether. In the UK alone, many communities are fighting to save their libraries from being shut down due to budget cuts, and in a time when society’s concentration spans are at their lowest, books face a lot of competition. The rise of digital media, from social networking to video streaming sites and downloadable content undoubtedly contribute to the dwindling number of library patrons and there is also the case that the younger generations are more likely to discover literary classics through more modern platforms. Currently, it is just as likely that young readers know about Dracula from a film or game than the original text. With online sites such as Slingo Slots – which have a wealth of titles based on literary titles such as Dr Jekyll and Mr Hyde, Moby Dick and Sherlock Holmes – and convert these titles into a medium for modern audiences, it’s little wonder that less of us are turning to libraries for a literary fix. But while consuming books on any platform is a worthy past-time, nothing beats the feeling of opening a tome, old or new, and enjoying the timeless scent of literature.