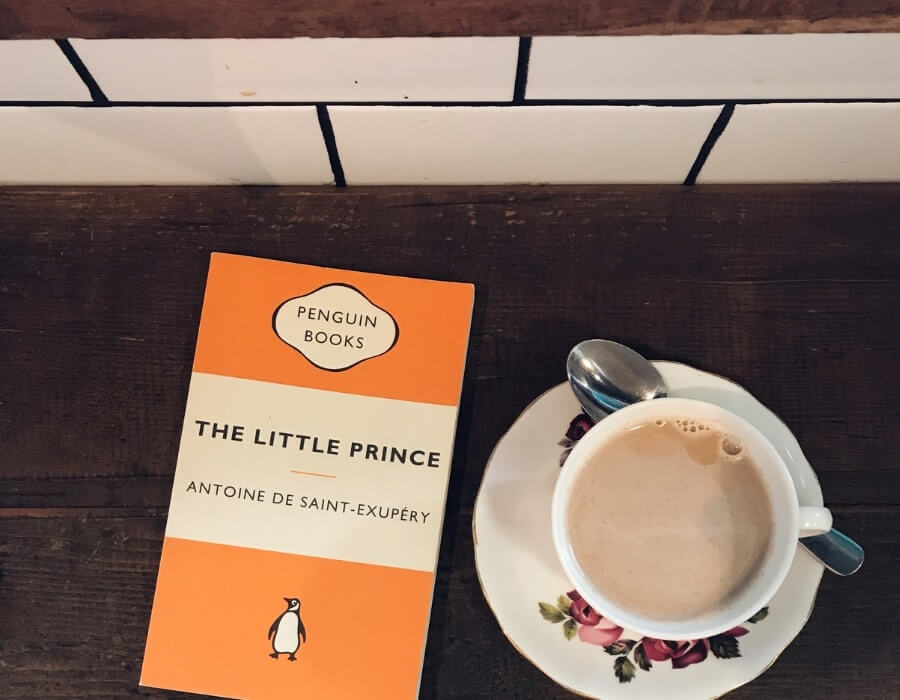 I often wonder if I’ll ever reach a point in my reading life where I’m satisfied by the amount of books I’ve read; where I can say with confidence that I’ve read the classics and the critically acclaimed that have long haunted my to-be-read pile. Thus far, 2019 has been a good year for books: I read my first Agatha Christie, I read a Russian classic hailed by many as the best book of the twentieth century. I finished thirteen books in January; more in the months that have since passed. I too have read my first book by an Indonesian author, and a couple of contemporary novels I’ve had my eye on for a while. And yet, and yet, there are still many hundred of books I fear I may never get around to reading, unless given a particular reason to do so.

The Little Prince was one of the said unread books until a fortnight ago. While I’m sure I may have read it as a child, as an adult it’s always been a book that had never quite made it to my list of reading priorities until a friend recommended it recently. I had just finished The Master and Margarita when I was queuing for a coffee at my local bookshop in Bondi, Gertrude & Alice, and I saw they had the Penguin Classic edition was on sale. With no plans for the rest of the morning, hot drink in hand, I settled myself down to read, the air infused with coffee beans and the hum of idle chatter.

Beloved by many since its first publication in 1943, Antoine De Saint-Exupéry’s The Little Prince is an enchanting fable imbued with life lessons that tells the tale of a little boy who leaves the safety of his own tiny planet to travel the universe, learning the intricacies of adult behaviour through a series of unexpected encounters.

A profound and poetic tale, the story is a philosophical one and through its social criticism of the adult world, reminds its readers that we were all children once. Written during a period when Saint-Exupéry fled to North America subsequent to the Fall of France during the Second World War, it is, according to one review, “…an allegory of Saint-Exupéry’s own life—his search for childhood certainties and interior peace, his mysticism, his belief in human courage and brotherhood, and his deep love for his wife Consuelo but also an allusion to the tortured nature of their relationship.”

Rich with timeless lessons that are cushioned behind layers of delightful story-telling. The Little Prince is the sort of book that will inspire wonder and reflection, even in the most cynical, and world-weary adult.

And so, to end, my favourite quote from this poignant and profound novella: “The most beautiful things in the world cannot be seen or touched, they are felt with the heart.”

About The Little Prince

Moral allegory and spiritual autobiography, The Little Prince is the most translated book in the French language. With a timeless charm it tells the story of a little boy who leaves the safety of his own tiny planet to travel the universe, learning the vagaries of adult behaviour through a series of extraordinary encounters. His personal odyssey culminates in a voyage to Earth and further adventures.

Antoine De Saint-Exupéry was born in 1900 in Lyon. In 1921, he began his training as a pilot By 1926, he had became one of the pioneers of international postal flight. In 1935 he embarked on a record-breaking attempt to fly from Paris to Saigon. Nineteen hours into the flight, his plane crashed in the Sahara desert. He survived the crash but spent three days battling dehydration, limited food and hallucinations. On the fourth day, the was rescued. In part, this experience was the inspiration for The Little Prince. He continued to fly until World War II, during which he took self-imposed exile. On 31 July 1944, he disappeared over the Mediterranean while flying a reconnaissance mission.