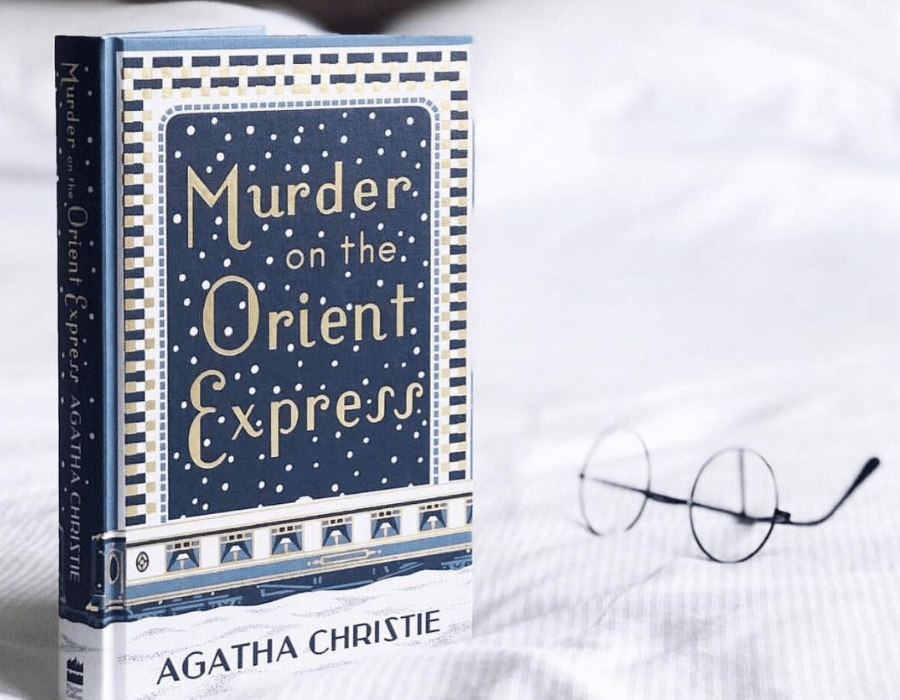 A much delayed the Murder on the Orient Express book review…

Despite having read voraciously for as long as I can remember, there is still many-a-book I’m yet to pick up. I’m hoping to get through a number of them this year – both classic and contemporary – and while I’ve accepted the fact that I’ll probably be buried with a coffin full of books I never got around to reading, I’ll do my damnedest to get through as many as I can while I’m still around to do so.

As a book blogger, we’re often presumed to have read almost everything, and people are often shocked when I admit to not having read a much-loved novel or writer. One person in particular who often crops up when I lament the authors I’m yet-to-read is the much-loved Agatha Christie. And thus, when one of my favourite Bookstagrammers, Theartfulelle asked if I wanted to take part in an Agatha Christie read-along, I jumped at the chance and loved the chance to write this Murder on the Orient Express review.

Given its popularity, we settled on Murder on the Orient Express, and, thankfully, though I watched the film adaptation a little over a year ago, I had little recollection of what actually happened.

A wonderful whodunit from start to finish, Murder on the Orient Express has all the ingredients for a pacy and plot-driven read; atmospheric, with an isolated backdrop and an over-the-top cast of colourful characters. The pairing of the enigmatic Poirot on board the opulent Orient Express nods to the bygone era of the novel, and Christie writes in a wonderful fashion as she lingers over each of the characters in order to solve the mystery of who murdered the American tycoon onboard the luxury train.

The twist as the murder is solved is brilliantly imagined; and the ending offers readers a satisfying conclusion to a captivating case that unveils itself to be a battle of good versus evil.

Just after midnight, a snowdrift stops the Orient Express in its tracks. The luxurious train is surprisingly full for the time of the year, but by the morning it is one passenger fewer. An American tycoon lies dead in his compartment, stabbed a dozen times, his door locked from the inside.

Isolated and with a killer in their midst, detective Hercule Poirot must identify the murderer – in case he or she decides to strike again.

Agatha Christie is the best-selling author of all time. She wrote eighty crime novels and story collections, fourteen plays, and several other books. Her books have sold roughly four billion copies and have been translated into 45 languages. She is the creator of the two most enduring figures in crime literature-Hercule Poirot and Miss Jane Marple-and author of The Mousetrap, the longest-running play in the history of modern theatre.