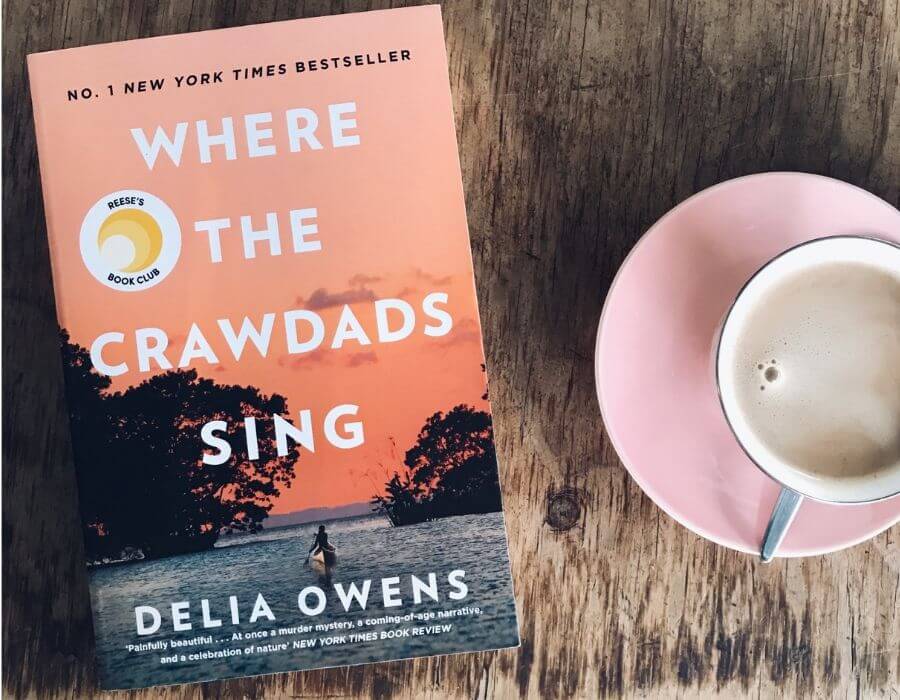 Before starting this Where the Crawdads Sing review and in all my years of book blogging, I’ve learnt that, on the whole, books are divisive. Much like many things in life – such as, for example, whether north or south of the Thames is the better part of London, or which city – Melbourne or Sydney – is the more liveable one (I’m a south London and Sydney-sider for anyone who’s remotely interested) opinions are, more often than not, split. There will be those that adore a book, those that don’t, and those that fall somewhere in between. This was until I read – and posted about my reading – Delia Owens’ Where the Crawdads Sing, on both my Facebook and Instagram account, to entirely unanimous praise of Owens debut.

And no sooner had I started to read Where the Crawdads Sing than I began to see why it was so consistently adored by all who had already read it.

Where the Crawdads Sing Review

A story of resilience, survival and hope, Where the Crawdads Sing by Delia Owens tells the story of Kya – known locally in the North Carolina town in which she resides as the Marsh Girl – who is abandoned at a young age by her parents, siblings and finally the school system; and left to fend for herself.

As Kya grows and learns more about life through her interactions with the creatures of the Marsh, two young men enter her life. One is her brother’s older friend, Tate, who teaches her to read and shows her acceptance and happiness. But when he, too, leaves the Marsh behind for a learned life at university, she learned not to trust nor depend on anyone but herself, and resigns herself to a life spent along on the marsh, until Chase Andrews comes along.

And so when Chase is later found dead, rumours are rife as to Kya’s possible involvement in his murder. Over the years there’s been much hearsay as to the nature of Kya and Chase’s relationship, and with no other suspects so-to-speak, the finger is swiftly pointed at Kya.

Where the Crawdads Sing Summary

For years, rumors of the “Marsh Girl” have haunted Barkley Cove, a quiet town on the North Carolina coast. So in late 1969, when handsome Chase Andrews is found dead, the locals immediately suspect Kya Clark, the so-called Marsh Girl. But Kya is not what they say. Sensitive and intelligent, she has survived for years alone in the marsh that she calls home, finding friends in the gulls and lessons in the sand. Then the time comes when she yearns to be touched and loved. When two young men from town become intrigued by her wild beauty, Kya opens herself to a new life–until the unthinkable happens.

Perfect for fans of Barbara Kingsolver and Karen Russell, Where the Crawdads Sing is at once an exquisite ode to the natural world, a heartbreaking coming-of-age story, and a surprising tale of possible murder. Owens reminds us that we are forever shaped by the children we once were and that we are all subject to the beautiful and violent secrets that nature keeps.

Delia Owens is the co-author of three internationally bestselling nonfiction books about her life as a wildlife scientist in Africa—Cry of the Kalahari, The Eye of the Elephant, and Secrets of the Savanna. She has won the John Burroughs Award for Nature Writing and has been published in Nature, The African Journal of Ecology, and International Wildlife, among many others. She currently lives in Idaho, where she continues her support for the people and wildlife of Zambia. Where the Crawdads Sing is her first novel. Check out her website for a detailed biography.

5 comments on “Where the Crawdads Sing Review (Author Delia Owens)”