It is, of course, something of a great irony that it was in the wake of the memoir writing retreat I recently attended on Lake Atitlan that I would come face to face with one of the worst case of writer’s block I’ve ever experienced. Because, as much as I have learnt to try to consider myself as a writer of sorts, there are some things that – try as I might – I struggle to put into words, worried that I simply won’t be able to do said experience justice. My recent time in Guatemala, where I took part in author Joyce Maynard’s Writing by the Lake retreat is one of them.

While I’ve waxed lyrical about arriving in Antigua, and landing on Lake Atitlan, every time I’ve sat myself down in order to write about the retreat, I’ve instead found myself shutting my laptop and curling up in bed with a book, or scrolling mindlessly through Instagram, or doing my laundry – anything except attempting – and failing – to pen this piece.  And so it is, that I find myself almost two months after having left the shores of Lake Atitlan, only just getting around to writing about my time there. 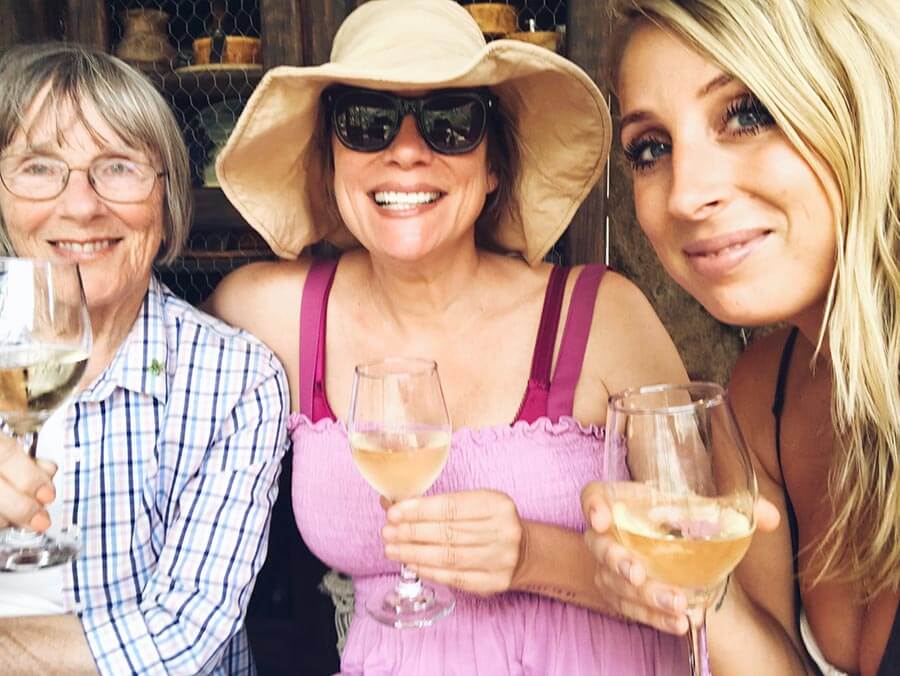 Suffice it to say that prior to the beginning of the retreat, I thought I had a story of great pain and suffering to tell. Ever since I first moved down under almost four years ago, life has been tumultuous, and with various visa struggles, an unhappy three month stint in Los Angeles and a period when I lived in Bali, miles away from my boyfriend, broke and largely alone, I thought I had more than my fair share of woes for the said memoir I’ve been hoping to write since stating my life in Australia.

And yet, it soon became apparent that my so-called struggles would pale in comparison to everyone else’s on the retreat. When we sat down to share our stories in Joyce’s garden,  the lake shimmering blue in the background, I listened to tales of murder and manipulation, of death and divorce, and heard about the sort of sorrow that would have me counting my blessings and privileges at the end of every day.

RELATED:  A fabled stay at The Feversham Arms Hotel & Spa 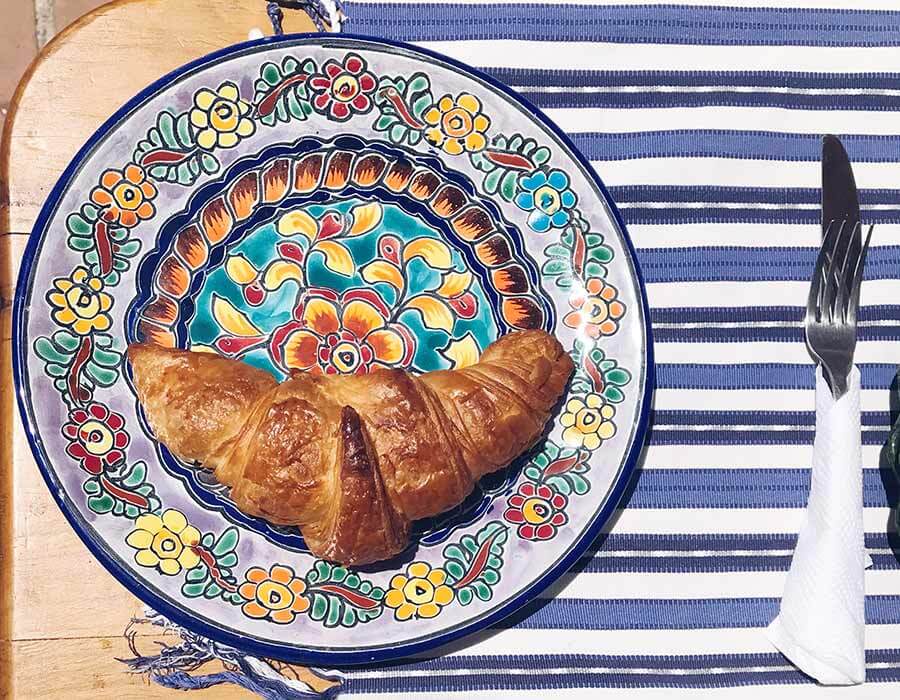 The week I spent in Lake Atitlan was a blissful fusion of idyllic, quiet mornings, followed by often draining days, and still and dark nights, where I would lie, alone in my room, and reflect on the day’s events. I would fall asleep, exhausted but content, having deepened the strong bonds that were forming with the new women who so quickly became some of my closest friends.

Ever an early riser, I would often begin my day by meandering down the cobbled lane that led to the dock as the sun began to rise over the lake, before enjoying a quiet breakfast of smashed avocado and hot tea back at the guesthouse. I would then walk through the village’s dusty streets, lined with street sellers and fruit stalls and rustic restaurants, or catch the boat with some of my fellow writers to Joyce’s private dock, a commute that never lost its magic, however many times I made it. I swam in the lake almost daily with two of my favourite women – Sylvia from Toronto, and Kari from Portland, and we would then sweat in the stone sauna, and talk about life and love and loss, and everything and nothing, before commencing the writing workshops for the day.

I learnt more about the art of writing in that week than I did during my three-year degree in English Literature, and the three decades I’ve spent reading, and while the process of workshopping our manuscripts was often frustrating, hard to swallow and painful, I finished the week with a better sense of what it is that makes a great writer, and a deeper understanding of the art of the written word. While I stayed on in Lake Atitlan with my sister for two days after the retreat, many left as dawn was breaking over the lake, and so I set an early alarm to bid a tearful goodbye to my new friends.

As I watched the boat leave the dock for the final time, I stood hungover, happy and filled with joy and thanks for the time we had spent together. 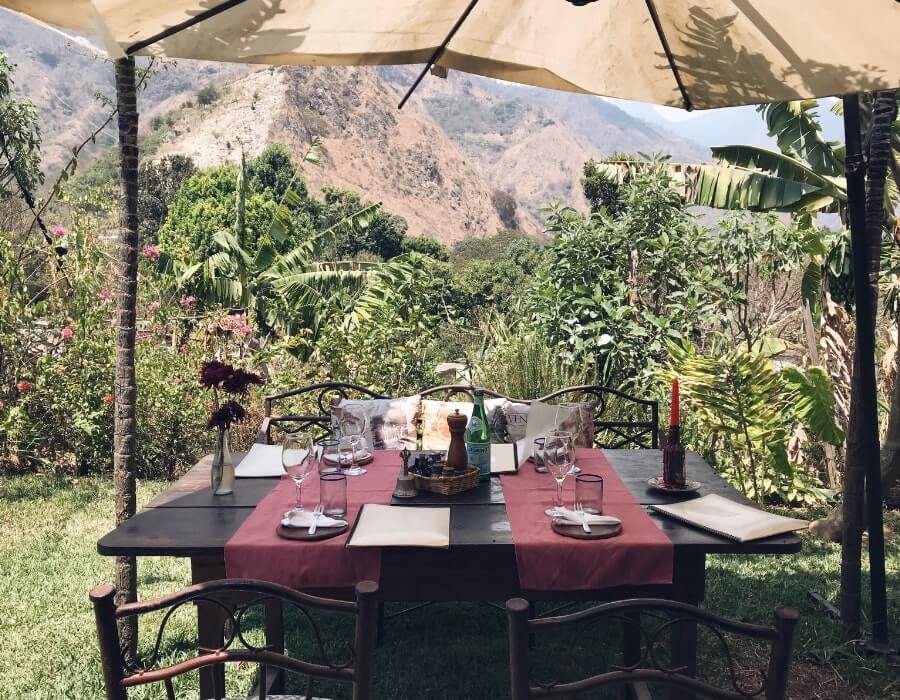 And so, while this blog may have been a long time coming, this is my love letter to the women and the week who shaped me on the shores of Lake Atitlan. It’s an acceptance that the Shakespearean tragedy I thought I had lived through was merely a comedy of fools, It’s a told you so to the one-time friend who said I couldn’t, and a thank you to the parents who have always said I could.

It’s a way to express my gratitude to Joyce – one of my biggest writing heroes – for opening her home to us, and for offering strength, guidance and friendship to us all, and it’s an opportunity for me to tell my fellow writers and friends that I miss them and still think about them and their stories every day. 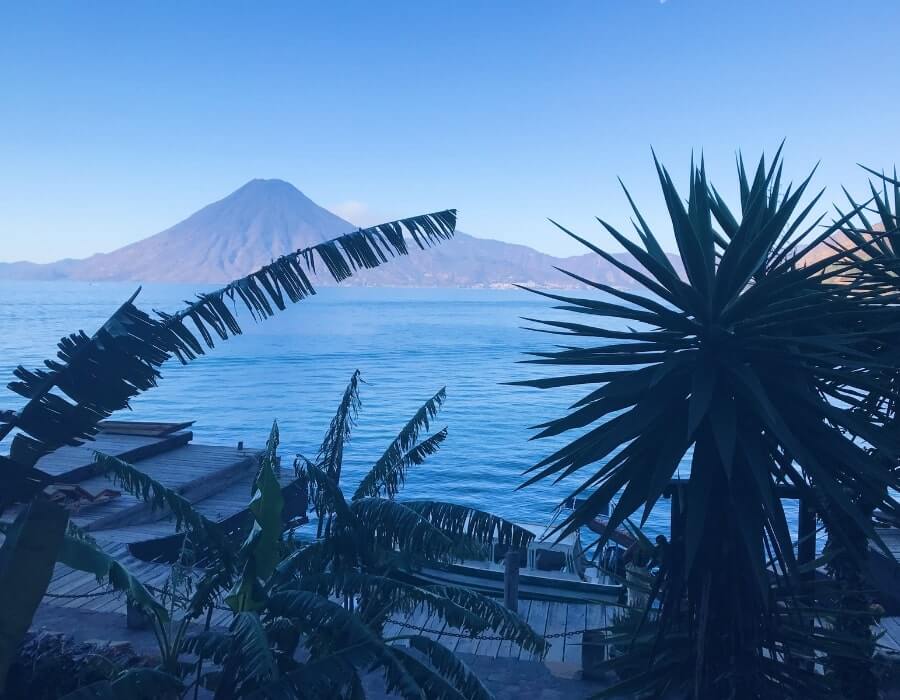 Joyce told us about a myth that says if you swim in the waters of Lake Atitlan, you will one day return. That much, I know to be true.

Find out more about Joyce Maynard’s Writing by the Lake retreats here.