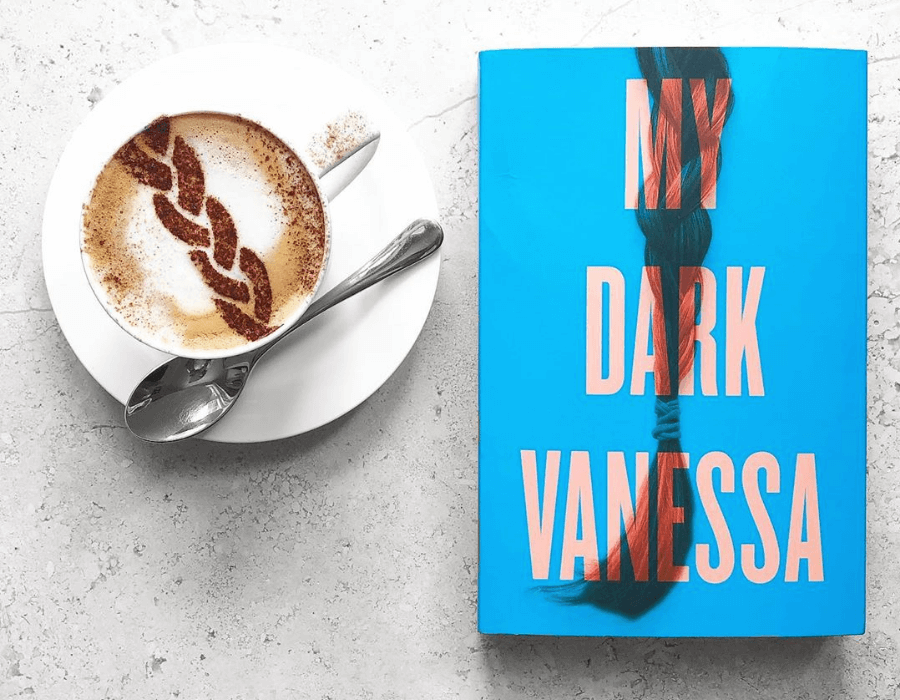 It was only after speaking to my friend Faroukh, from Bookstagram account The Guy with the Book, that I heard about My Dark Vanessa by Kate Elizabeth Russell. We were discussing the furore surrounding American Dirt, and he likened it to the debate that had happened in the lead up to the release of Russell’s debut book – something that had bypassed me entirely. I didn’t go on to read any of the online uproar, and instead decided to wait until I had my hands on a copy, before going on to read the various features about it.

A couple of days after speaking to Faroukh, I went to the Harper Collins Literary Bites event, during which publisher Catherine Milne spoke passionately about Russell’s debut. I managed to convince Catherine to hunt down a proof for me, and started the book that very night.

Given that the book centres around the relationship between a student and her teacher – there have, of course, been comparisons drawn between My Dark Vanessa and Lolita – a book which plays a prominent park in the novel. It too reminded me of Putney by Sofka Zenovieff, and Three Women by Lisa Tadeo  – both of which I loved – in both its topic and its compulsively readable, yet disturbing nature.

The timeframe in the book alternates between 2000 and 2017; the first taking place during Vanessa’s school years when she is groomed and raped by her teacher, Jacob Strane, and then almost two decades later when a fellow schoolmate accuses Strane of abusing her. We see the repercussions she must deal with as an adult as she continues to view the relationship as a consensual one;  and we witness the confusion she carries as a child, as she tries to navigate the complications, uncertainty and humiliation that manifests as a direct result of her involvement with Strane. The delicate and fraught nature of teenagehood is brilliantly portrayed, and the plot is both pacy and taut with tension.

A compelling, complex and uncomfortable read, My Dark Vanessa is a powerful and thought-provoking debut that is fully deserving of the anticipated hype around its impending publication.

About My Dark Vanessa

Exploring the psychological dynamics of the relationship between a precocious yet naïve teenage girl and her magnetic and manipulative teacher, a brilliant, all-consuming read that marks the explosive debut of an extraordinary new writer.

2017. Amid the rising wave of allegations against powerful men, a reckoning is coming due. Strane has been accused of sexual abuse by a former student, who reaches out to Vanessa, and now Vanessa suddenly finds herself facing an impossible choice: remain silent, firm in the belief that her teenage self willingly engaged in this relationship, or redefine herself and the events of her past. But how can Vanessa reject her first love, the man who fundamentally transformed her and has been a persistent presence in her life? Is it possible that the man she loved as a teenager—and who professed to worship only her—may be far different from what she has always believed?

Alternating between Vanessa’s present and her past, My Dark Vanessa juxtaposes memory and trauma with the breathless excitement of a teenage girl discovering the power her own body can wield. Thought-provoking and impossible to put down, this is a masterful portrayal of troubled adolescence and its repercussions that raises vital questions about agency, consent, complicity, and victimhood. Written with the haunting intimacy of The Girls and the creeping intensity of Room, My Dark Vanessa is an era-defining novel that brilliantly captures and reflects the shifting cultural mores transforming our relationships and society itself.

RELATED:  Review: The Catcher in the Rye - JD Salinger

Kate Elizabeth Russell was born and raised in eastern Maine. She holds an MFA from Indiana University and a PhD from the University of Kansas. My Dark Vanessa is her first novel.

Keen to see what the fuss is about? You can read the first chapter of My Dark Vanessa on Vulture. Portal in the Pages has done a great vlog on her thoughts on My Dark Vanessa, and this is an interesting read on The Los Angeles Times exploring the publishing crisis in the wake of My Dark Vanessa and American Dirt.