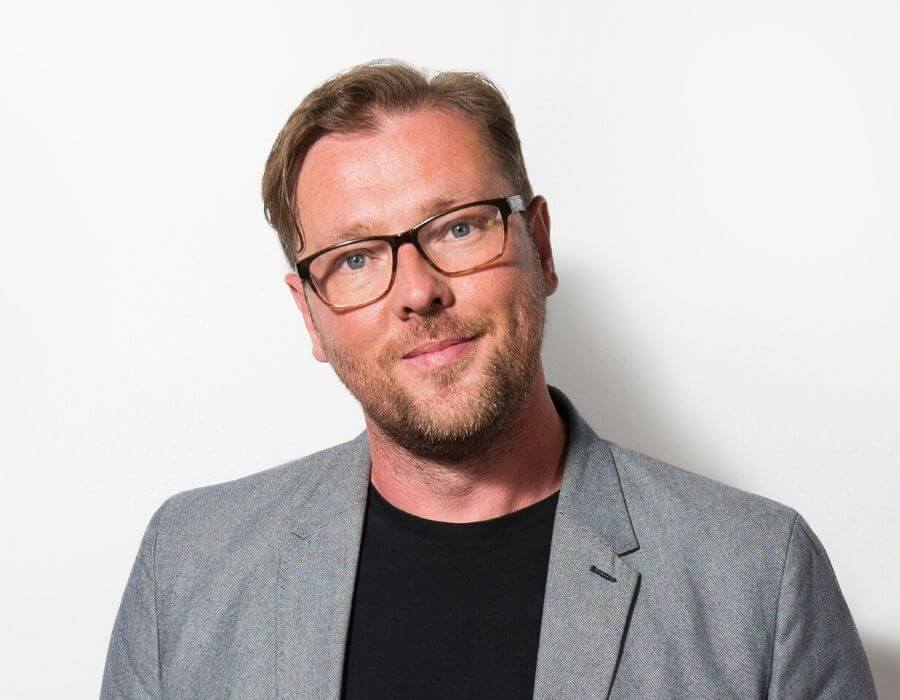 Damian Barr is an award-winning writer and columnist, known and loved for hosting the Damian Barr Literary Salon, where he tempts the world’s finest writers to the world’s loveliest venues to read from their latest greatest works and share their own stories. Maggie & Me, his memoir about coming of age and coming out in Thatcher’s Britain, was a BBC Radio 4 Book of the Week and Sunday Times Memoir of the Year, and won the Paddy Power Political Books ‘Satire’ Award and Stonewall Writer of the Year Award. Damian writes columns for the Big Issue and High Life and often appears on BBC Radio 4. You Will Be Safe Here is his debut novel.

From the book that saved his life, to the novel that broke his heart, read on to find out which eight books Damian chose for his Desert Island Books. 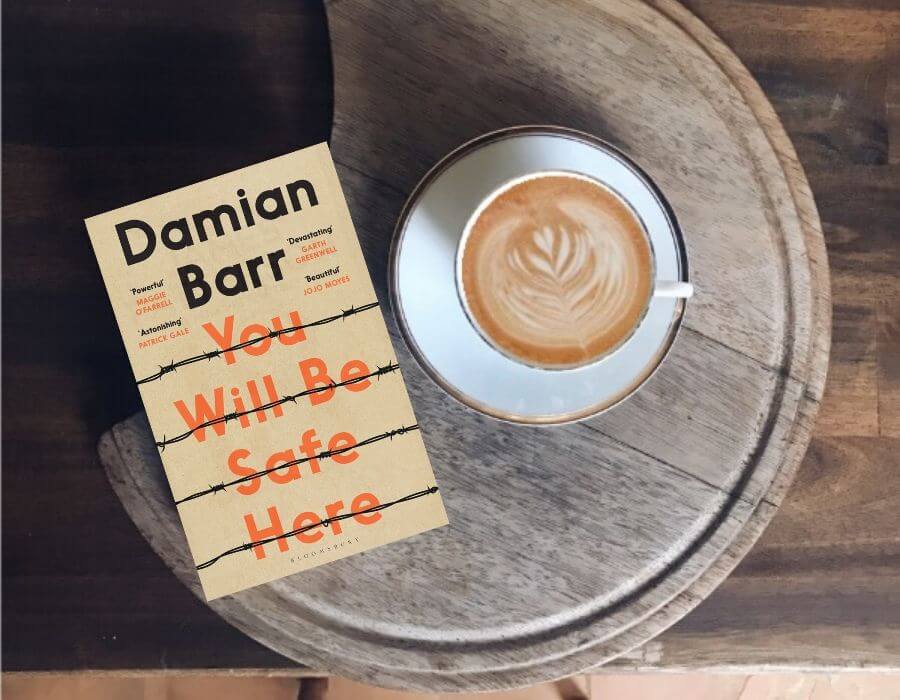 Tales of the City by Armistead Maupin

The right book in the right hands at the right time can change a life—maybe even save it.  That’s what Tales of the City did for me. I was 14 and busy hating my big gay self when I won a school trip from an especially unsunny corner of Scotland to Brighton.  In a bookshop there I found Tales and on that visit I decided Brighton would become my San Francisco. I found home in the pages of Maupin’s novels of San Francisco life. And I found the possibility of friendships, of love, of life. I relived that trip for a chapter in my memoir Maggie & Me. Home is at the heart of our most enduring and powerful tales: it’s where Odysseus sails back to and it’s why Dorothy follows the Yellow Brick Road. I found it at 28 Barbary Lane: a fictional address in a fantasy house that feels real, peopled by characters so beloved they’re family – better than family.

Armistead Maupin began Tales in 1976 – the year I was born. Told from multiple perspectives at a breathless pace it was first published as a newspaper serial and featured real news: it was among the first fiction to tackle AIDS. Heart-warming and heart-breaking, Tales takes us from 1976 to 2012, from shared landlines to social media, from Quaaludes to Molly (MDMA), from the fringe to the mainstream. If you’ve somehow missed the multi-million-selling series turned mini-series let me tell you how very jealous I am.

You’re about to make friends for life. Situated at the top of some rickety wooden stairs on a fairytale lane in Russian Hill, 28 Barbary Lane is a boarding house ruled by the mysterious Mrs Madrigal. She calls her tenants her “children”, her “logical family”: blond good-girl square Mary-Ann who flees there from Cleveland, gorgeous love-sick gay Michael ‘Mouse’ Tolliver, permahippy self-confessed fag-hag Mona and Brian Hawkins, the drop-out ultra-liberal lawyer-turned-waiter with biceps. To read these books is to join that family – doubly appealing for anyone escaping their own.

The Colour Purple by Alice Walker

This book will break your heart.  I don’t mean, you’ll weep gently into a pillow -wou will scream with rage and shake your fists at the heavens at the injustice of it all. Set in 1930s Georgia and written as a series of letters from Celie to her sister Nettie, who has been banished to an unnamed country Africa to become a missionary, this searing novel shows how cruel life could be for African-American women there and then.  Written in Celie’s voice and her idiom it was pioneering and I still can’t quite believe I was taught it at school. What’s striking (or depressing) is how contemporary the violence, and resistance, feels. This is not a book which glorifies suffering – you see it, you feel it, you’re forced to – this is what I tried to do in my novel You Will Be Safe Here. But Celie always looks for that magical colour purple— for love:  “I think it pisses God off if you walk by the color purple in a field somewhere and don’t notice it. People think pleasing God is all God cares about. But any fool living in the world can see it always trying to please us back.” The final scene is one of the most moving in all literature. Walker was the first black woman to win the Pulitzer. Spielberg’s film, with Oprah Winfrey and Whoopi Goldberg, does it justice. If anyone wants to take me to the musical, I’m in. 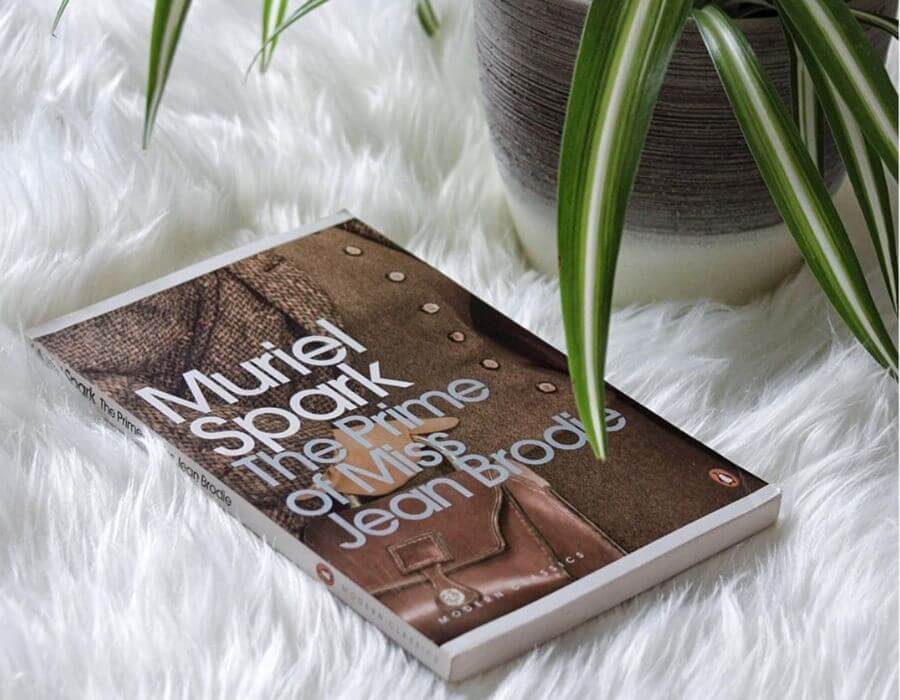 The Prime of Miss Jean Brodie by Muriel Spark

2018 was Spark’s centenary year and her most famous creation is still very much in her prime. Meet the ‘Brodie Set,’ six girls singled out by their teacher, to receive a worldly, and finally deadly, education at Marcia Blaine School in 1930s Edinburgh. As brilliant as it is brief, I find something new every time I re-read it.  Feminism, fascism, the classic doubleness of a city that embraces the Old and New Towns.  The crème de la crème!

I couldn’t choose between these two memoirs so I’m taking both.  Combined, they tell the story of Galloway’s girlhood in1960s Saltcoats telling the story of one very small west of Scotland town through three generations of unforgettable women: her sister Cora is one of the most glamorous and threatening women I’ve encountered on a page.  Like Janice, we flinch from her but can’t help but be attracted to her big beehive hair and carefully made-up face. Janice finds refuge in books and music and, eventually, boys—as did I.  As with the Colour Purple, here is a woman telling her own story in her own voice. For me, reading the west of Scotland idiom, gave me permission to write in my own voice in Maggie & Me. She herself calls them ‘anti-memoirs’ to draw attention to the unreliability of memory and the pure subjectivity of it all.

Diana Athill arrived in smoggy pre-War London from genteel Norfolk swapping the country house of her childhood for a flat in then-unfashionable Primrose Hill. Her memoirs are perfection.  She brings to life the London of then and the incredible writers whose words would not shine without her polish. Her stories of her years editing Jean Rhys, V. S. Naipaul, Norman Mailer and other greats bring lost literary London to life. Diana died last year aged 101 and remained beady-eyed on and off the page. She remains indomitable – just pick up any of her memoirs and you can hear her voice ringing true. 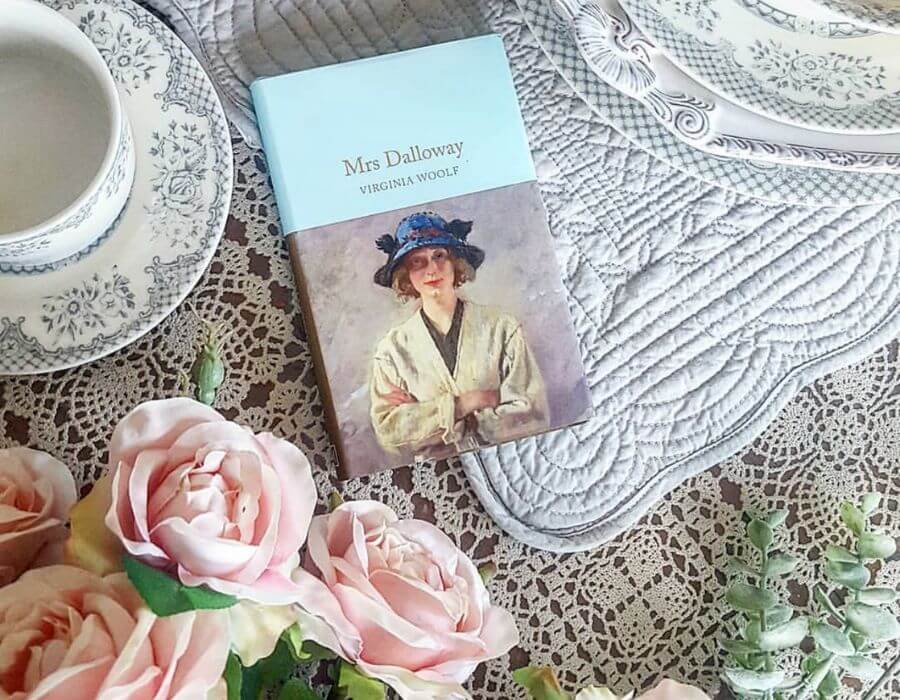 It’s June 1923 and Mrs Dalloway is dashing around town making preparations for a party.  “Clarissa was positive, a particular hush, or solemnity; an indescribable pause; a suspense … before Big Ben strikes. There! Out it boomed.” Virginia Woolf conjures the capital through privileged eyes. While reading listen to Three Worlds: Music From Woolf Works by Max Richter whose swooping music features that boom and a rare recording of Woolf’s voice.

The Group by Mary McCarthy

Published in 1963 but set in the 1930s, it follows eight young women arriving in the city fresh from Vassar College. It scandalised with scenes of sex, contraception and (gasp) breast-feeding.  Norman Mailer dismissed it as “a trivial lady writer’s novel”.  Candace Bushnell says it inspired Sex and the City.

On Writing by Stephen King

I love books by writers about writing—super-meta. Part memoir, part manual, this classic traces the trajectory of his writing life form making up stories with his brother and selling them at school through family breakup to his own alcoholism and finally Carrie.  He shows how to (ab)use your life in your fiction and is basically a key to unlocking his writing and your own abilities.