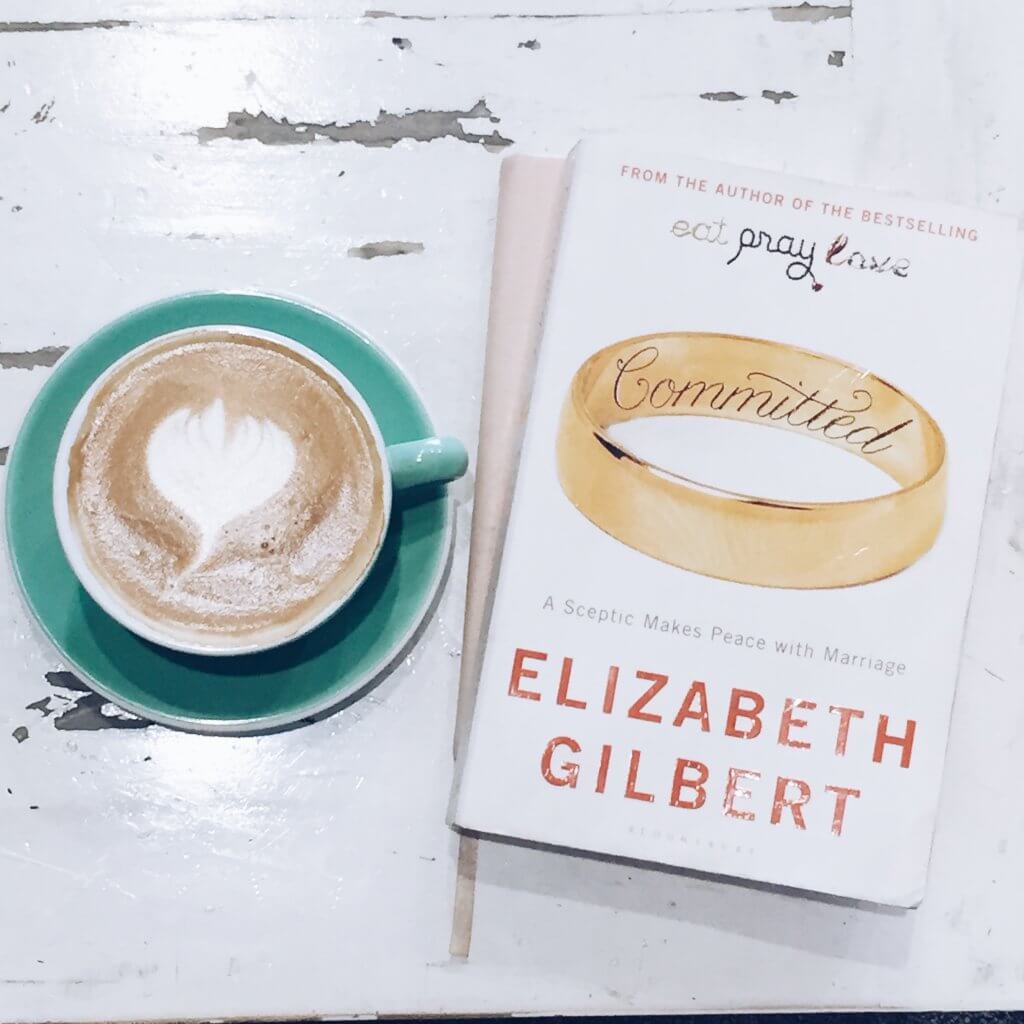 I’ve been an avid and ardent fan of Elizabeth Gilbert’s ever since I read Eat, Pray, Love many moons ago. And while I can’t say her much loved memoir inspired either of my trips to Bali – the first time I visited was part of my yoga teacher training; the second was due to my Australian work visa being cancelled – it was near impossible to wander the often smog filled streets of Ubud without seeing hints of the characters that filled her book almost everywhere I turned.

I went on to read The Last American Man – a lesser known book of Gilbert’s – Eat Pray Love Made Me Do It, and the awe-inspiring go-to bible for creatives, Big Magic. A guide to living life beyond the boundaries of fear, Big Magic is among the best non-fiction books I’ve read, and one I frequently recommend to anyone pursuing a creative passion.

I was lucky enough to see Gilbert in conversation with Australian writer Rebecca Huntley shortly after moving to Sydney as part of the Sydney Writer’s Festival; and it did noting but fuel my admiration for her. She spoke about the night that, aged sixteen, she got down on her knees in a candle-lit room and made a vow to writing. She didn’t vow that she would be a successful writer, nor a great one; she imposed no time limits; she simply vowed that she would spend the rest of her life writing – an art form she described as being both holy and sacred to her as a writer.

While Committed has been on my radar for a while – indeed I believe I may have had a copy at some point from my days working for Bloomsbury – it was only a matter of days ago that I finally got around to reading it. I had spent the first three weeks of January in something of a reading lull; having tried – and failed – numerous times to find a book that would pique my interest. It was a Sunday evening and I had just moved into my new apartment in Clovelly with a friend from London. Her mum had been staying for six weeks over the festive period, and had left behind a small pile of books, one of which was Committed. For me, few things better signify the end of the week than an early night curled up with a good book and so, to bed I went, losing myself in the haze of Elizabeth Gilbert’s words.

While I love Gilbert’s writing; and while I loved almost the entirety of the book; there was one thing I did not love. It often happens that books come to people around the time they need them most, or around the time they are more relevant to the reader; indeed I wrote recently about this when reviewing Sarah Wilson’s First, We Make the Beast Beautiful – I book that I read exactly when I most needed it. Beginning Committed, I felt both a sense of unease and  familiarity. Early on in the book, she wrote about the reason behind her getting married for the second time – despite being a marriage sceptic – and the reason was thus: her Brazilian boyfriend, having been in and out of America numerous times on a 90 day visa to visit her, was eventually detained and deported, having spent a night in jail – not for having broken any laws – but simply because the American Immigration decided he was no longer allowed to visit the US.

Readers of my blog will well know that my life has been somewhat plagued with visa issues for the past year – I myself was detained when I moved to LA with my boyfriend last year – and as a couple we are currently trying to navigate how our relationship will work given that my boyfriend wants to live in LA; a country it will be almost impossible for me to visit on anything but a tourist visa. And so it was, with a certain degree of horror that I read about Felipe’s experience at the unthinkable thought of ever being thrown in jail by the US border police, simply for visiting my boyfriend.

Jail-time aside, however, the book itself was witty and wise and well-informed and a wonderful study of marriage that transcends both culture, time and status. Essentially a follow-on to Eat, Pray, Love – Committed is a memoir of the post India-Italy-Indonesia era in Gilbert’s life, when she is in a committed relationship with Filipe (or, that Brazilian guy for Eat, Pray, Love as she says he is often known). But alas, the path of true love never did run smooth, and while she had met a man to whom she wanted to commit, doing so was not a plain sailing affair.

What follows is a turbulent time for the couple – one that while it didn’t quite mirror my own experience thus far, certainly rung true – as they encountered visa issues that were to be the setting stone for their marriage, and the consequential stresses and strains and hassle and hardships that those in international relationships will know only too well. While waiting for a fiancé visa to be granted, that would allow Gilbert and Filipe to marry in the US, they returned to Bali – the place they first fell in love, and patiently awaited any progress on Filipe’s visa. The time spent there was not without struggle; and it’s testament to their love for each other that the relationship survived at all – something I often think when I look back at the tumultuous three months I spent in LA.

Despite the many and ample obstacles in their way, however; reader she married him, in a simple ceremony in their new home in the US – Gilbert in her favourite jumper; her niece as flower girl; their dog in attendance.

An uplifting and enjoyable tale that ends with love triumphing all, Committed is another excellent book from the always inspiring Elizabeth Gilbert.