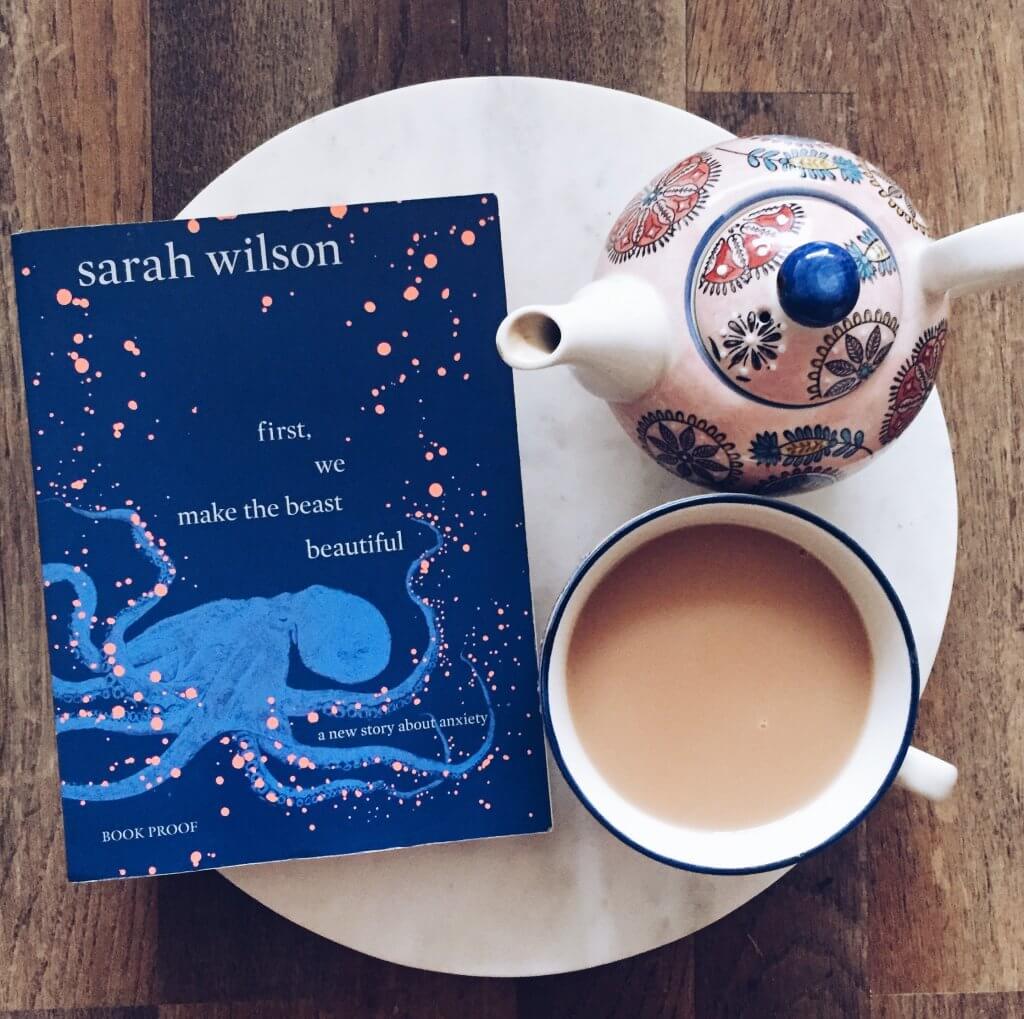 I was staying with my parents while I worked on relaunching my blog as The Literary Edit back in November. I would work late into the night; the embers of the fire sill burning a warm glow, long after the flames had gone out. After my rebrand, the various rooms of my parents’ thatched cottage came to resemble a library of sorts, and I no doubt swiftly became the postman’s least favourite person; with sacks upon boxes of books arriving on an almost daily basis in the fortnight that followed.

And thus it was that deciding which books to bring back to Australia with me was something of an arduous task. I had everything from coffee table cook books to proof copies of thrillers; wanderlust inducing travel tomes and the sort of light and easy tales that make the perfect flight companion.

One book that made the cut, was First, We Make the Beast Beautiful, whose cover alone was enough for me to select it from the hundred-odd books I had to narrow down to a slimline ten. With the help of a sleeping pill and the type of exhaustion that settles in post Christmas festivities, I was able to sleep for the first leg of my flight, so it was while on an eight hour stopover nursing a creamy chai latte in an airport Starbucks that I read the book in its entirety.

It was only just prior to starting the book that I realised that its author – Sarah Wilson – was the Sarah Wilson of I Quit Sugar Fame; a company I interviewed with when facing deportation from Australia; for a job that I wasn’t offered due to the ongoing visa issues I was facing at the time.

A new story about anxiety, First, We Make the Beast Beautiful is a compelling account of Wilson’s ongoing experience of living with anxiety, and the procedures and practises she has learnt, researched and employed to make her life an easier one.

While I don’t consider myself someone who suffers this particular ailment, there is no doubt that this year has been riddled with stress, strain and ample anxiety. There have been few occasions on which I’ve read a book at the precise moment I’ve needed it most; it happened when I was living in Bali and read The Monk Who Sold His Ferrari while in desperate need of some spiritual guidance.  It, too, has happened with First, We Make the Beast Beautiful. That this book is my final read of 2017, and that I came to it as the new year approaches; as I leave the past behind me and as I move into a period of safety and stability was, for me, the perfect way to end the year.

Brave and beautiful, powerful and poignant, First, We Make the Beast Beautiful is an unputdownable read that will no doubt benefit a legion of readers and those suffering from anxiety; whichever shape or form it might take. 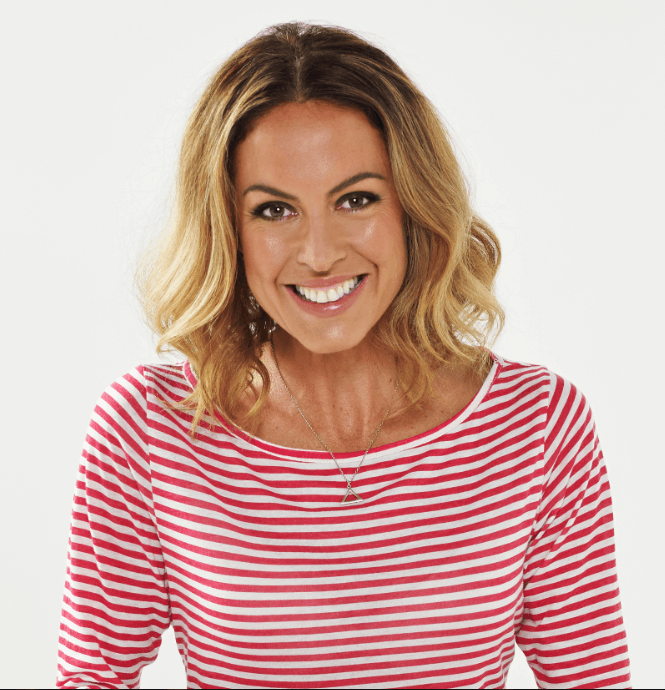 Sarah Wilson is a New York Times bestselling author and entrepreneur. Her career as a journalist spanned 20 years, across television, radio, magazines, newspapers and online. She’s the former editor of Cosmopolitan magazine and was the host of the first series of MasterChef Australia, the highest-rating show in Australian history. Sarah is the author of the international bestsellers I Quit Sugar, I Quit Sugar For Life and Simpliciousand is director and founder of IQuitSugar.com. Her 8-Week Program has seen more than 1.2 million people quit sugar worldwide.

Sarah blogs on philosophy, anxiety, minimalism, toxin-free living and anti-consumerism at sarahwilson.com, lives in Sydney, rides a bike everywhere, is a compulsive hiker and is eternally curious.

About First, We Make the Beast Beautiful

Sarah Wilson – bestselling author and entrepreneur, intrepid solver of problems and investigator of how to live a better life – has helped over 1.2 million people across the world to quit sugar. She has also been an anxiety sufferer her whole life.

In her new book, she directs her intense focus and fierce investigatory skills onto this lifetime companion of hers, looking at the triggers and treatments, the fashions and fads. She reads widely and interviews fellow sufferers, mental health experts, philosophers, and even the Dalai Lama, processing all she learns through the prism her own experiences.

Sarah pulls at the thread of accepted definitions of anxiety, and unravels the notion that it is a difficult, dangerous disease that must be medicated into submission. Ultimately, she re-frames anxiety as a spiritual quest rather than a burdensome affliction, a state of yearning that will lead us closer to what really matters.

Practical and poetic, wise and funny, this is a small book with a big heart. It will encourage the myriad sufferers of the world’s most common mental illness to feel not just better about their condition, but delighted by the possibilities it offers for a richer, fuller life.