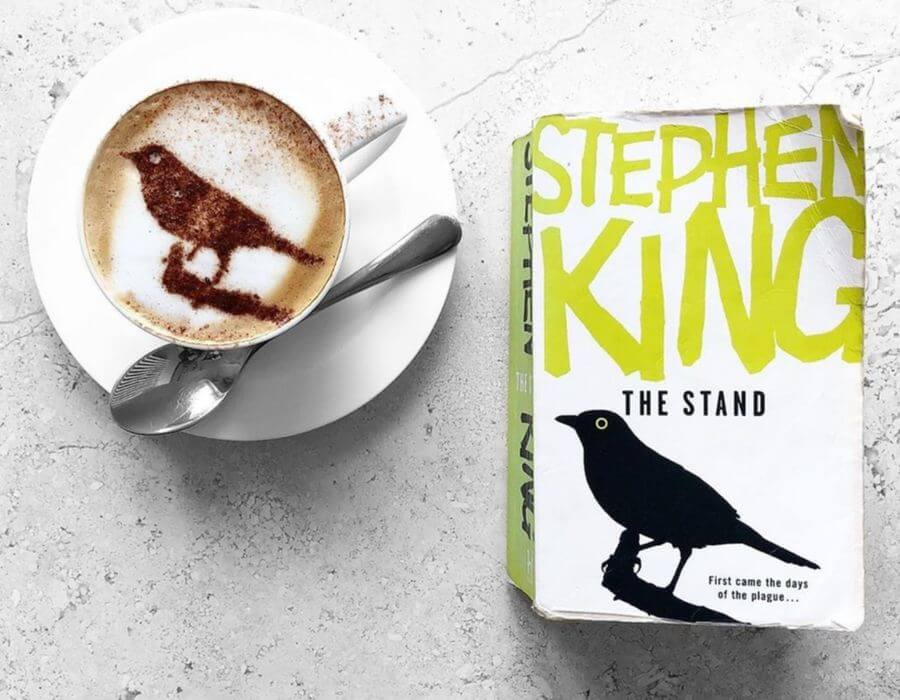 Prior to reading The Stand, the only other book of Stephen King’s I had read was On Writing – part guide, part memoir, it had been recommended to me on a residential writing retreat I attended a couple of years ago. And whether it was the length of On Writing, or my pre-conceived notion of horror as a genre, to say I was surprised to discover that The Stand is an epic 1439 pages long would be something of an understatement. Already anxious at reading a book so far out of my comfort zone; its enormity did nothing to abate my nerves. Indeed neither did the fact that in 1978, science fiction writer Spider Robinson wrote a scathing review of The Stand in which he exhorted his readers to grab strangers in bookshops and beg them not to buy it.

At number 53 in the BBC’s Top 100, The Stand is a post-apocalyptic horror that was published in 1978. One of over fifty novels written by King, he acknowledges in its introduction that while it isn’t his favourite, it is the the one that fans of his work seem to like the most; which of course goes a long way to explain its entry in the BBC’s Big Read.

And so it was that with a 3am five hour wait at Kuala Lumpa airport en route back to London, and a seriously distorted body clock, that I began one of the longest – and least appealing – novels from the Big Read.  The book opens with a couple and their young baby fleeing their home, and it quickly becomes evident that a deadly plague is taking over America wiping 99% of its population.

What follows is an epic tale of good versus evil, where the moral are led by 108-year-old Mother Abagail; the bad by Randall Flag: the dark man. There is a intricate cast of wonderful characters – from deaf and mute Nick Andros, to pregnant Frannie Goldsmith – whose lives change forever at the hand of the plague. Friendships are formed,  leaders are elected and betrayals are suffered as the group of unlikely friends deal with death and disease in droves.

As with many books I read, this one ended with a tearful episode on a bus. With biblical references throughout, themes of redemption, atonement and survival, The Stand is quite magnificent. A brilliantly compelling, page-turning read it reinforces the age-old saying that one really should never judge a book by its cover.

This is the way the world ends: with a nanosecond of computer error in a Defense Department laboratory and a million casual contacts that form the links in a chain letter of death. And here is the bleak new world of the day after: a world stripped of its institutions and emptied of 99 percent of its people. A world in which a handful of panicky survivors choose sides — or are chosen.

Stephen Edwin King is an American author of horror, supernatural fiction, suspense, and fantasy novels. His books have sold more than 350 million copies, many of which have been adapted into feature films, miniseries, television series, and comic books. King has published 61 novels and six non-fiction books.