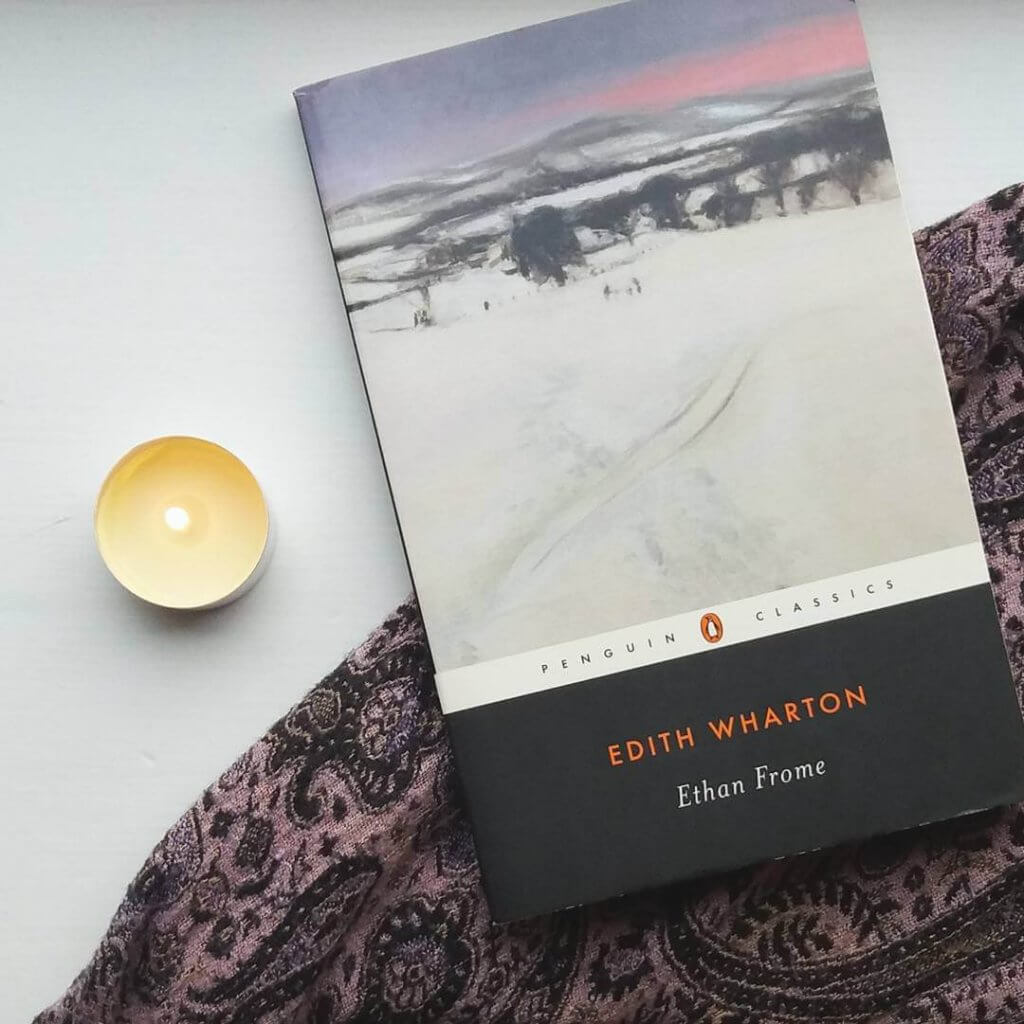 I first came across Edith Wharton at university; indeed reading and studying The Age of Innocence immediately cemented it as one of my favourite books. And while usually when I find an author I like, I read as many of their books as I can get my hands on in as short a time as possible, I find myself five years later only just getting around to a second of her books. More often than not, I remember where I buy books from, or when and from whom I receive them. While I don’t remember how I acquired Ethan From, I distinctly remember where I was when I read it, on the last day of my Australian holiday at Watson’s Bay, one of my favourite spots in Sydney. It was a bittersweet day for me, and one that was to later bring around a life-changing decision to move down under, to begin a new life in Sydney.

Wharton’s fourth novel, Ethan Frome was published in 1911, and despite being described by American literary critic Lionel Trilling as a book lacking in moral or ethical significance, it remains one of Wharton’s most popular.

Set against a hugely atmospheric winter backdrop, the novel tells the tale of failing farmer Ethan Frome and the love triangle in which he finds himself when his wife’s cousin Mattie comes to stay at their farm.  Stuck in a loveless marriage with Zeena, it’s unsurprising when Ethan and Mattie’s feelings for each other develop and brings about a moral dilemma for the novel’s protagonist.

Full of regret and a profound sadness, Ethan Frome is a tragic novel about love, loyalty and betrayal whose ironic ending offers the perfect climax to this woeful tale.

Buy Ethan Frome by Edith Wharton on from Waterstones.

Set against the frozen waste of a harsh New England winter, Edith Wharton’s Ethan Frome is a tale of despair, forbidden emotions, and sexual tensions, published with an introduction and notes by Elizabeth Ammons in Penguin Classics.

Ethan Frome works his unproductive farm and struggles to maintain a bearable existence with his difficult, suspicious, and hypochondriac wife, Zeenie. But when Zeenie’s vivacious cousin enters their household as a ‘hired girl’, Ethan finds himself obsessed with her and with the possibilities for happiness she comes to represent. In one of American fiction’s finest and most intense narratives, Edith Wharton moves this ill-starred trio toward their tragic destinies. Different in both tone and theme from Wharton’s other works, Ethan Frome has become perhaps her most enduring and most widely read novel.

Edith Wharton, born Edith Newbold Jones, was a member of a distinguished New York family said to be the basis for the idiom ‘keeping up with the Joneses’. During her life she published more than forty volumes, including novels, stories, verse, essays, travel books and memoirs; for years she published poetry and short stories in magazines, but the book that made Wharton famous was The House of Mirth (1905), which established her both as a writer of distinction and popular appeal. In 1920, Wharton became the first woman to win the Pulitzer Prize for literature with her novel The Age of Innocence.