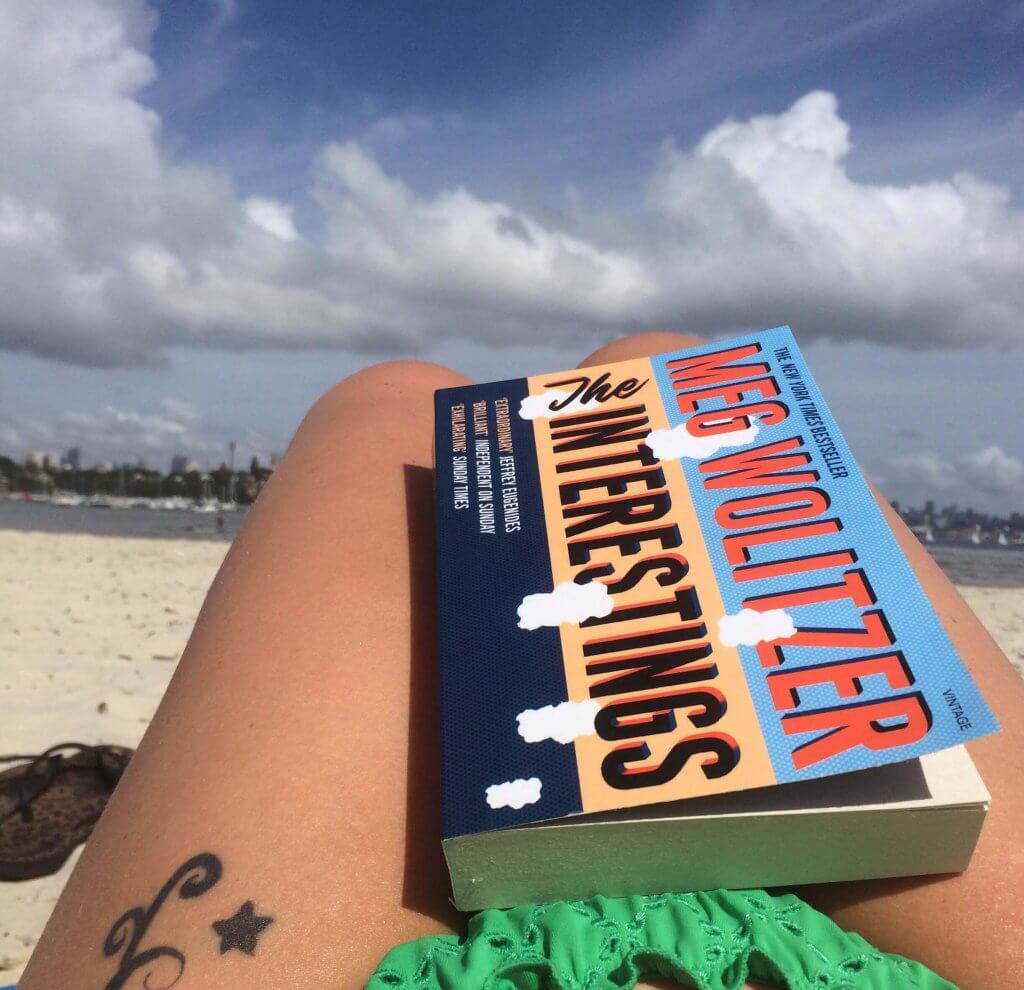 The amount of unread books I have on my shelves could last me many many months, were I able to avoid the temptation of new books. So addicted am I to the buying of books that I’m often guilty of buying duplicate copies of novels I love, just for the sake of it. And so despite having a plethora of books to chose from to take on holiday, I couldn’t resist popping into my local Waterstones to find a new, unread gem.

Working in social media by day, much of my time is spent perusing Twitter and reading numerous features on books, both new and old. And so it often happens that I’ll note down the name of a book, yet by the time I get around to reading it I have no recollection of who recommended it or where I first saw it. Such is true of The Interestings. Meg Wolitzer’s ninth novel, The Interestings was published in 2013; and knowing nothing of its author I bought it on account of its alluring blurb alone.

Beginning The Interestings immediately after having finished Midnight’s Children was something of a welcome relief. While Rushie’s dense narrative and plotless prose earned him a place in the BBC Top 100, it certainly didn’t make for the easiest of reads. In comparison the opening of The Interestings is a compelling one that immediately entices its reader via a nostalgic backdrop and Wolitzer’s fluid, easy tone.

On a warm night in 1974 we meet six teenagers – Jules, Cathy, Jonah, Goodman, Ethan and Ash as they drink vodka, smoke pot, and promise to always be interesting. Decades later however, as the novel unfurls, many of their hopes and dreams have fallen by the wayside as they each have to cope with the vicissitudes of life.

RELATED:  Beautiful World, Where Are You Book Review

Showing a keen eye for observing human behaviour, Wolitzer writes both poignantly and convincingly about how events, both big and small, can have profound effects on our lives. A novel full of charm and wit, with a wonderful insight into friendship The Interestings is a wonderful, memorable read, whose subtlety it perhaps its greatest feet.