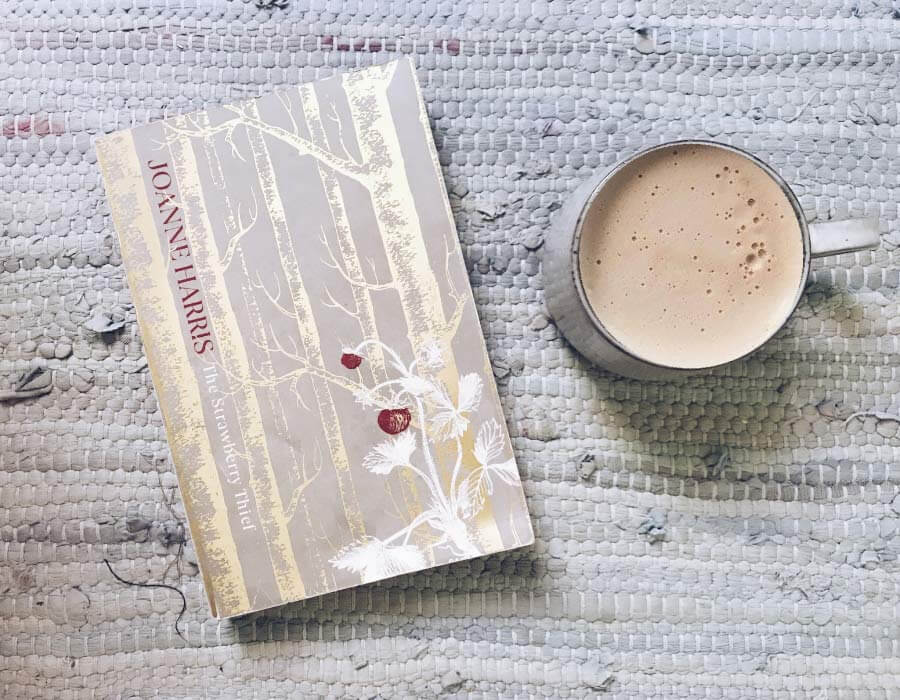 It’s hard to believe that Chocolat – a book that I love with such a passion that I have bought copies many times over, from bookshops in Paris to Sydney and beyond – was published in 1999; twenty years ago now. A novel that was instrumental in my love for literature, it not only whet my appetite for the sort of evocative writing that Joanne Harris has honed to perfection, but too for all things French. In the years that have since passed since I bought my first edition of Chocolat (from a branch of the now defunct HMV no less) I have devoured most of her back catalogue, from Five Quarters of the Orange, to the lesser known Sleep Pale Sister, and there are few authors whose prose I love, and whose plots I hold in such high esteem as those belonging to Harris.

I adored both books that followed Chocolat – Peaches for Monsieur le Curé and Paris-based The Lollipop Shoes, and so it was with utter delight that I found out last year that there was a fourth to follow – The Strawberry Thief. Having begged Harris’s publicist to send a copy to Sydney, the day it arrived I settled down for an early evening of reading, surrounding myself with familiar friends of old in the fictional French village of Lansquenet-sous-Tannes.

While I needed no reminder just why Harris has long been one of my favourite writers, as soon as I started The Strawberry Thief I was immediately bewitched by her rich and poetic prose, her sense of setting and the colourful cast of characters I have loved getting to know over the years. I found myself back at the Chocolaterie that Vianne Rocher owns; the smell of chocolate and nutmeg and cinnamon in the air, knowing that the skitter of wind – something of a character in itself – is to bring about a change in the small French village where this tale plays out.

Charming and magical with a dark undertone that simmers throughout the story, The Strawberry Thief centres around the will of village florist Narcisse, who, in the wake of his death leaves his land to Vianne’s daughter, Rosette, much to the dismay of his daughter. Alongside his will is a written confession to Father Reynaud which brings about feeling of both guilt and redemption for the village priest. And when a mysterious shop opens in the village square, Vianne is forced to confront demons of days gone by, as she finds herself fighting to protect everything she sought to build for herself and her family in the place she now calls home.

Evocative, poetic, beautifully written and utterly unputdownable, The Strawberry Thief is Harris at her very best, and I pray it’s not the last time we visit the characters of Lansquenet-sous-Tannes.

About The Strawberry Thief

Vianne Rocher has settled down. Lansquenet-sous-Tannes, the place that once rejected her, has finally become her home. With Rosette, her ‘special’ child, she runs her chocolate shop in the square, talks to her friends on the river, is part of the community. Even Reynaud, the priest, has become a friend.
But when old Narcisse, the florist, dies, leaving a parcel of land to Rosette and a written confession to Reynaud, the life of the sleepy village is once more thrown into disarray. The arrival of Narcisse’s relatives, the departure of an old friend and the opening of a mysterious new shop in the place of the florist’s across the square – one that mirrors the chocolaterie, and has a strange appeal of its own – all seem to herald some kind of change: a confrontation, a turbulence – even, perhaps, a murder…