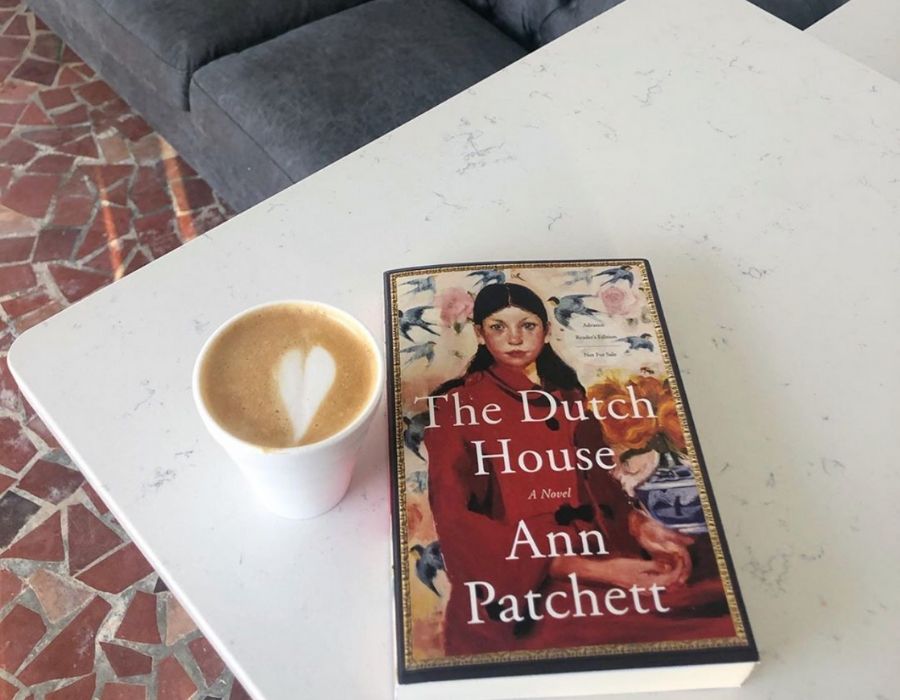 The Dutch House by Ann Patchett was the first book I ticked off my list in 2020. The second of Patchett’s books that I’ve read, it had been creeping toward the top of my book pile during the festive season, before I finally picked it up mid-way through the first week in January.

I love books that are centred around a house – Rebecca by Daphne Du Maurier and The House at Midnight by Lucie Whitehouse being two such examples – and so had an inkling before I even started Patchett’s eighth novel that I’d love it; and love it I did. A book that has echoes of some of the best American classics, The Dutch House is a luminous and spell-binding story about siblings Danny and Maeve, and their obsessive connection to the house in which they grew up.

Paying homage to the sinister nature of fairytales, we meet evil step-mother Andrea, who, in the wake of the death of Danny and Maeve’s beloved father Cyril, throws the siblings out of the house. They swiftly loose their privileged and comfortable existences and subsequently find themselves facing lives of poverty and challenges, and a swelling contempt for the woman their father chose to marry.

What follows is an atmospheric and evocative story about the complex nature of family that explores betrayal, loyalty and the dysfunctional dynamics that are so intricately laced into familial relationships. While the narrative weaves across five decades, the family home forms an innate part of the story’s tapestry as we witness dramas unfold, ghosts put to rest, hatchets buried and old wounds reopen.

A wonderfully written book charged with complicated and multi-layered characters, Patchett delivers a captivating, complex and beautiful tale about siblings and secrets that is evocative, poignant and rich in nostalgia.

About The Dutch House

At the end of the Second World War, Cyril Conroy combines luck and a single canny investment to begin an enormous real estate empire, propelling his family from poverty to enormous wealth. His first order of business is to buy the Dutch House, a lavish estate in the suburbs outside of Philadelphia. Meant as a surprise for his wife, the house sets in motion the undoing of everyone he loves.

The story is told by Cyril’s son Danny, as he and his older sister, the brilliantly acerbic and self-assured Maeve, are exiled from the house where they grew up by their stepmother. The two wealthy siblings are thrown back into the poverty their parents had escaped from and find that all they have to count on is one another. It is this unshakable bond between them that both saves their lives and thwarts their futures.

Set over the course of five decades, The Dutch House is a dark fairy tale about two smart people who cannot overcome their past. Despite every outward sign of success, Danny and Maeve are only truly comfortable when they’re together. Throughout their lives, they return to the well-worn story of what they’ve lost with humor and rage. But when at last they’re forced to confront the people who left them behind, the relationship between an indulged brother and his ever-protective sister is finally tested.

Patchett was born in Los Angeles, California. Her mother is the novelist Jeanne Ray.

She moved to Nashville, Tennessee when she was six, where she continues to live. Patchett said she loves her home in Nashville with her doctor husband and dog. If asked if she could go any place, that place would always be home. “Home is …the stable window that opens out into the imagination.”

Patchett attended high school at St. Bernard Academy, a private, non-parochial Catholic school for girls run by the Sisters of Mercy. She later attended the Iowa Writers’ Workshop at the University of Iowa and the Fine Arts Work Center in Provincetown, Massachusetts, where she met longtime friend Elizabeth McCracken. It was also there that she wrote her first novel, The Patron Saint of Liars.

In 2010, when she found that her hometown of Nashville no longer had a good book store, she co-founded Parnassus Books with Karen Hayes; the store opened in November 2011. In 2012, Patchett was on the Time 100 list of most influential people in the world by TIME magazine.

I loved this interview with Ann Patchett in the LA review of books, and Readings wrote a fab review of The Dutch House. This is also a great read from The Evening Standard,