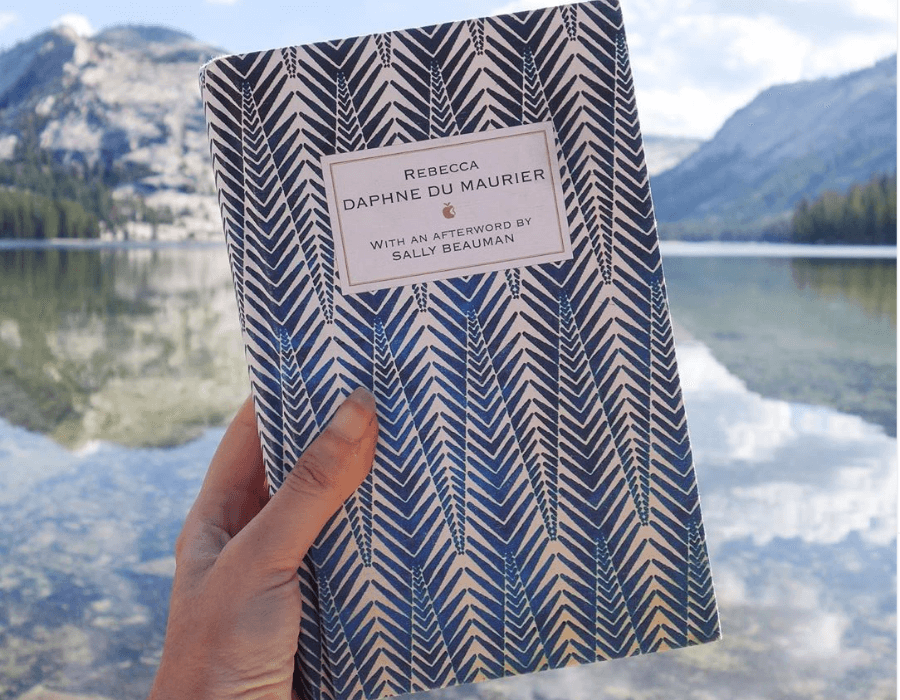 I owe a lot to Daphne Du Maurier’s novels; it was Rebecca, after all, that begun my quest to read the Top 100 BBC Reads. I had just graduated and was interning at a publisher’s in London while still living in Brighton. Browsing the shelves at the Jubilee Library I came across Rebecca and was immediately enticed by the front cover. It depicted a gated drive leading to a sinister looking house surrounding by shadows. And according to a sticker on the sleeve of the book, it was one of the Top 100 BBC Reads. And so it began, the most famous of openings: “Last night I dreamt of Manderly again…”

Alleged to have been inspired by Charlotte Bronte’s Jane Eyre, the story is set in Du Maurier’s native Cornwall and sees the protagonist, whose name we never find out, marry the esteemed Maxim De Winter, widow of the infamous Rebecca, who remains very much a constant theme throughout the book.

Du Maurier’s prose is so beautifully descriptive, one really can imagine Manderly in all its glory: the forbidden wing, the stormy sea views; the opulent parties. The characters are equally tangible and Mrs Danvers in particular is as much a part of the house as the very bricks and mortar that built it. The plot is sinister and gripping, right until the very last scene and the climatic finish.

Undoubtedly one of Daphne Du Maurier’s best books, reading Rebecca sparked a love for Du Maurier’s skilled and atmospheric prose and awoke a fondness for Cornwall’s potent nostalgia. I have gone on to read a number of Daphne Du Maurier’s other novels, none of which have been quite so esteemed as Rebecca, despite their equally remarkable plots and characters. Favourites include Frenchman’s Creek and The Scapegoat – both of which I will go on to write about on this blog. Du Maurier really is one of the best writers this country has to offer and I would highly recommend her to anyone.

Daphne du Maurier was born in London, the daughter of the famous actor-manager Sir Gerald du Maurier. Educated at home and later in Paris, she began writing short stories and articles in 1928, and in 1931 her first novel, The Loving Spirit, was published. Rebecca made her one of the most popular authors of her day. Many of her bestselling novels became award-winning films. She lived most of her life in Cornwall, the setting for many of her books. She died in 1989.

Last night I dreamt I went to Manderley again . . .

The novel begins in Monte Carlo, where our heroine is swept off her feet by the dashing widower Maxim de Winter and his sudden proposal of marriage. Orphaned and working as a lady’s maid, she can barely believe her luck. It is only when they arrive at his massive country estate that she realizes how large a shadow his late wife will cast over their lives–presenting her with a lingering evil that threatens to destroy their marriage from beyond the grave.

I love this article from The Guardian on Sex, jealousy and gender: Daphne du Maurier’s Rebecca 80 years on.

This article from the Telegraph on Rebecca being a study in jealousy is also well worth a read, as is this review from The Literary Ladies Guide. Sparknotes also have a great summary of Rebecca.