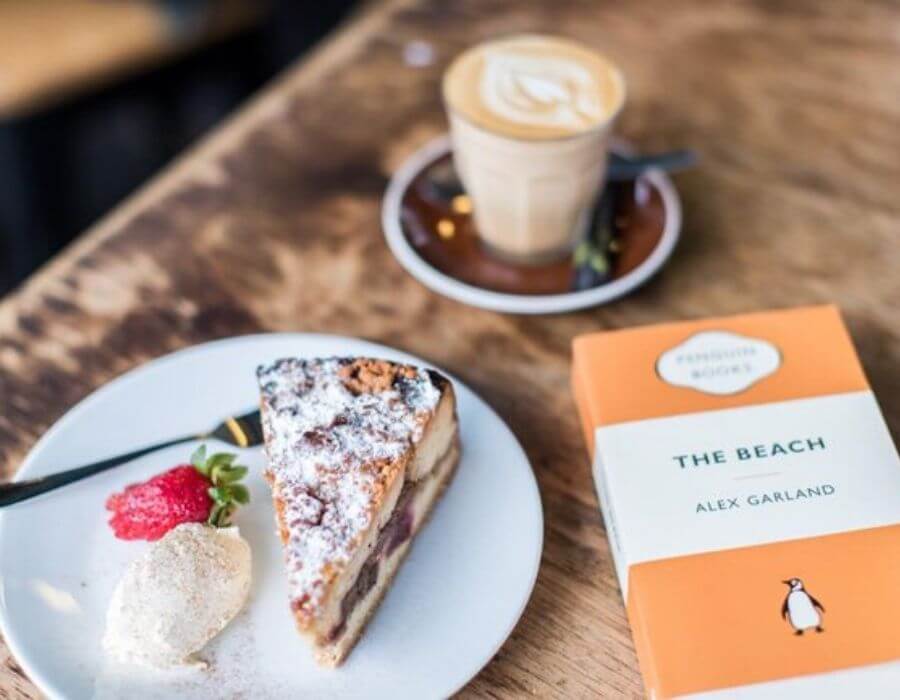 Like many girls my age, I spent much of the nineties with a horribly tragic crush on a certain floppy haired blonde called Leonardo DiCaprio. Much to my mother’s horror I had, amongst others, an eight foot poster of him adorning my bedroom wall and I was so jealous of Claire Danes playing Juliet to his Romeo that I never watched an episode of My So Called Life again. I watched Titanic seven times at the cinema, thinking I was oh-so-cool for getting in to a 12-rated film when I was, in fact, only 11, and left each time in huge, racking sobs. By the time the film of The Beach came out in 2000, Josh Harnett had taken DiCaprio’s place as flavour of the month but I still had a soft spot for him, nonetheless.

I adored the film, and found its depiction of Thailand and the characters therein both fascinating and somewhat disturbing. It wasn’t, however, until 5 years later that I got around to reading Garland’s most famous novel. I took a gap year, horrifically middle-class I know, post Henley College and set off round the world beginning my adventure in India. It was while I was on the final part of my Indian journey in Palolem, the most southern part of Goa, that I came across a copy of the book, and just days away from flying to Thailand I settled into the sand and began.

It tells the story of a young English traveller called Richard, who, when staying in a cheap hostel off Koh San Road, is left a hand drawn map of an allegedly hidden island off the Gulf of Thailand by a strange Scotsman who later commits suicide. The novels follows his journey as he meets young and beautiful French couple – Étienne and Françoise and they set out to find this hidden haven. Their search for this unspoiled paradise certainly resonated with me at the time of reading the novel. In a time where Western culture has infected much of the world, it is almost impossible to find untainted land. Even in India, which certainly wasn’t considered a traditional holiday destination when I was there, I was shocked by the infiltration of tourism in parts of Goa. Thus, while on its surface, The Beach is very much an adventure story, it also explores deeper issues, such as why we, as humans, seek such heights of Utopia.

When the trio arrive on the beach, the plot takes a sinister turn and it is clear that Garland was quite heavily influenced by works such as Lord of the Flies, which also examines claustrophobic relationships in isolated situations.

The Beach is a relevant, thought-provoking book, and one of the most profound novels I’ve read, particularly given my interest in travel. It is a stunning combination of a gripping plot and perfectly illustrated characters, and leaves the reader questioning the very fine line that distinguishes heaven from hell.

Richard lands in East Asia in search of an earthly utopia. In Thailand, he is given a map promising an unknown island, a secluded beach – and a new way of life. What Richard finds when he gets there is breathtaking: more extraordinary, more frightening than his wildest dreams.

But how long can paradise survive here on Earth? And what lengths will Richard go to in order to save it?

Alex Garland (born 1970) is a British novelist and screenwriter.

Garland is the son of political cartoonist Nick (Nicholas) Garland. He attended the independent University College School, in Hampstead, London, and the University of Manchester, where he studied art history.

His first novel, The Beach, was published in 1996 and drew on his experiences as a backpacker. The novel quickly became a cult classic and was made into a film by Danny Boyle, with Leonardo DiCaprio.

The Beach: 20 years on is well worth a read.

This is a great review from Travelling Tom.

Stylist included The Beach in their round up of books to give you wanderlust.