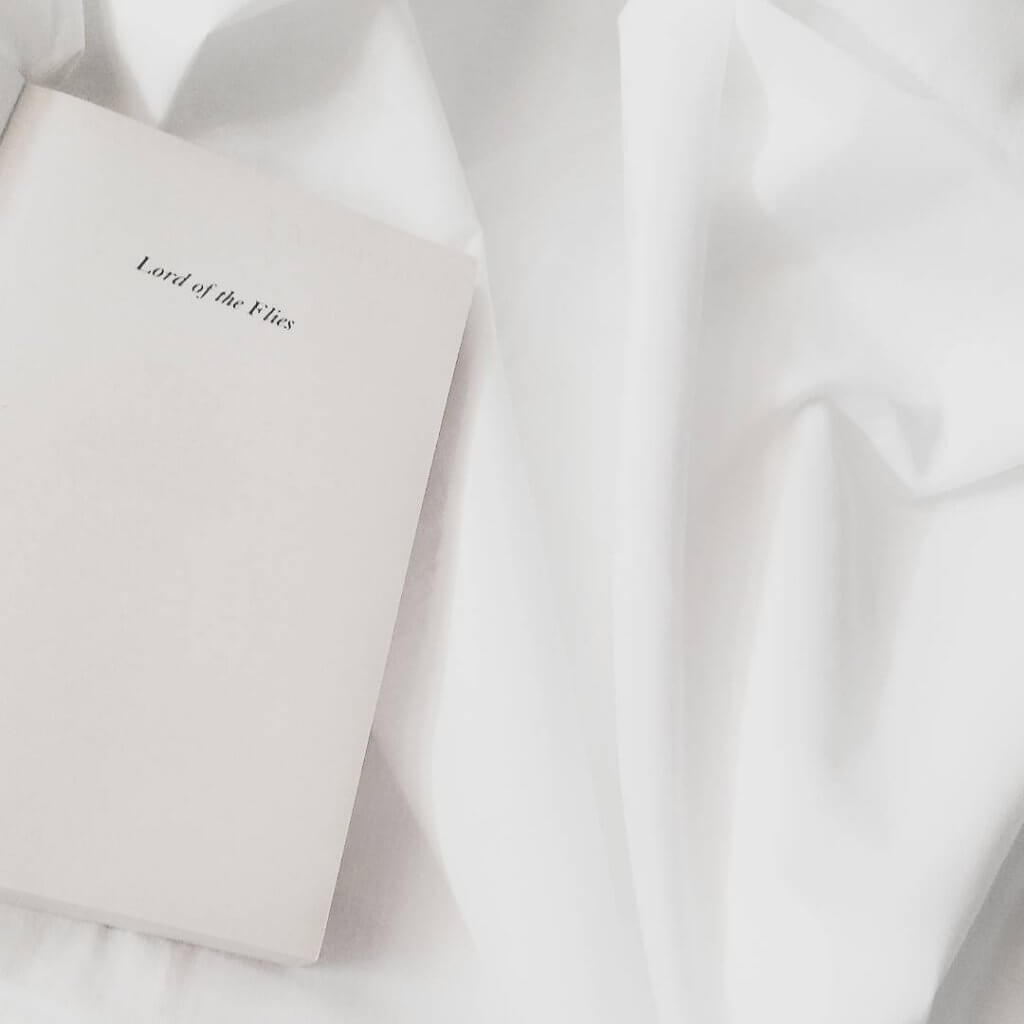 When I was about fourteen, one of my best friends Sian and I gate crashed a year-ten drama trip to a near by theatre to watch Lord of the Flies. I remember little of the play itself other than the deeply unsettling feeling I was left with when the curtains closed. Thus upon discovering that William Golding’s Lord of the Flies was featured on the BBC’s Big Read, I was somewhat reluctant to read it. However, having been recommended it by my cousin Hal, and upon finding a battered copy in a book shop near my work, I decided to give it a go.

Published in 1954, Lord of the Flies is a dystopian novel by nobel-prize winning English author William Golding, about a group of boys stuck on an uninhabited island who try to govern themselves with disastrous results. When it was first published, Golding’s debut novel suffered from poor sales but when re-released in the 1960s it went on to be a best-seller, and soon became required reading in many schools and colleges.

The main protagonists are Ralph, Piggy, Roger, Jack and Simon all of whom are vividly portrayed throughout the novel. Ralph is chief of the group; Piggy, poor-sighted and overweight is his side-kick, Roger is one of the first to develop animalistic tendencies, Jack epitomises the worst aspects of human nature while Simon is a representation of peace and tranquility.

The novel follows the boys as they try to survive on the island by implementing a set of rules and regulations to follow. However, as the rules disintegrate, Jack forms his own tribe of terror, and events in the book progress from simple bullying to stylised animal rape and eventually murder. Golding effectively uses these episodes to explore the darkness of man’s heart, and the novel can show us what we are capable of in a similar situation.

A chilling yet compelling read with stunning imagery and great use of symbolism, Lord of the Flies is both a great piece of literature and a dire warning about humanity.

About Lord of the Flies

At the dawn of the next world war, a plane crashes on an uncharted island, stranding a group of schoolboys. At first, with no adult supervision, their freedom is something to celebrate; this far from civilization the boys can do anything they want. Anything. They attempt to forge their own society, failing, however, in the face of terror, sin and evil. And as order collapses, as strange howls echo in the night, as terror begins its reign, the hope of adventure seems as far from reality as the hope of being rescued. Labeled a parable, an allegory, a myth, a morality tale, a parody, a political treatise, even a vision of the apocalypse, Lord of the Flies is perhaps our most memorable tale about “the end of innocence, the darkness of man’s heart.”

Sir William Gerald Golding was a British novelist, poet, and playwright best known for his 1954 novel Lord of the Flies.

Golding spent two years in Oxford focusing on sciences; however, he changed his educational emphasis to English literature, especially Anglo-Saxon.
During World War II, he was part of the Royal Navy which he left five years later. His bellic experience strongly influenced his future novels. Later, he became a teacher and focused on writing.

Some of his influences are classical Greek literature, such as Euripides, and The Battle of Maldon, an Anglo-Saxon oeuvre whose author is unknown. The attention given to Lord of the Flies, Golding’s first novel, by college students in the 1950s and 1960s drove literary critics’ attention to it.

2 comments on “Review: Lord of the Flies – William Golding”