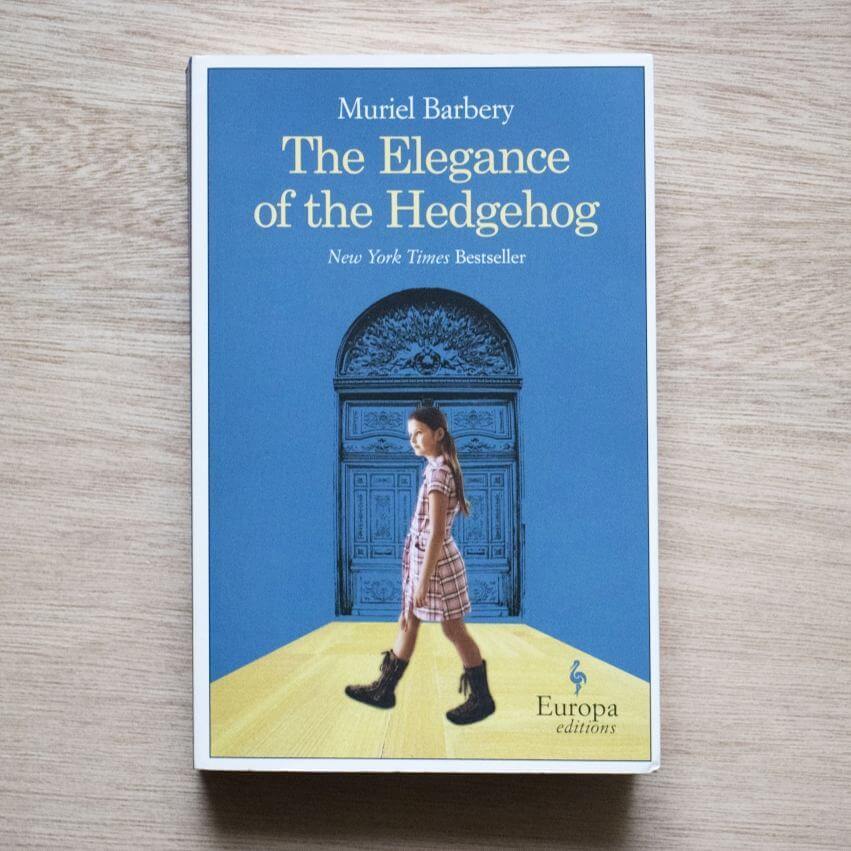 Given my love for books and the rate at which I devour them, it’s a rarity that a bestseller passes me by. Proof, however, that even the most dedicated of bookworms can’t stay abreast of every new release, is that until I was recently recommended The Elegance of the Hedgehog by an old school friend, it was yet to appear on my radar.

Written by novelist and professor of philosophy Muriel Barbery, the novel was translated from its native French by Alison Anderson, serialised on Radio 4 and has sold over five million copies worldwide.

Applauded by critics as a poignant tale and an elegant portrayal of Parisian life, The Elegance of the Hedgehog is a collection of musings from Renée, a 54 year-old concierge in a grand Parisian apartment block, home to the French elite. She is patronised and belittled by the residents, but is complicit in the way she is treated, since she makes a concerted effort to disguise her true nature and her love of art and literature.

An unlikely friendship develops between Renée and Paloma, the 12 year-old troubled daughter of one of the families living within the apartment block. She, too, hides her intellect from her family and, convinced of the futility of life, has resolved to kill herself on her 13th birthday.

The dual narrative in which the novel is written gives the reader a deeper insight into the lives of both Renée and Paloma, and as the novel progresses so too does the likeability of the characters.

A subtle book rich with lyrical prose, The Elegance of the Hedgehog is essentially about beauty in the midst of tragedy. The poignancy of the ending took me by surprise; suffice to say I finished it on a packed commuter tube openly weeping.

RELATED:  Review: The Signature of All Things - Elizabeth Gilbert

About The Elegance of the Hedgehog

We are in the center of Paris, in an elegant apartment building inhabited by bourgeois families. Renée, the concierge, is witness to the lavish but vacuous lives of her numerous employers. Outwardly she conforms to every stereotype of the concierge: fat, cantankerous, addicted to television. Yet, unbeknownst to her employers, Renée is a cultured autodidact who adores art, philosophy, music, and Japanese culture. With humor and intelligence she scrutinizes the lives of the building’s tenants, who for their part are barely aware of her existence.

Then there’s Paloma, a twelve-year-old genius. She is the daughter of a tedious parliamentarian, a talented and startlingly lucid child who has decided to end her life on the sixteenth of June, her thirteenth birthday. Until then she will continue behaving as everyone expects her to behave: a mediocre pre-teen high on adolescent subculture, a good but not an outstanding student, an obedient if obstinate daughter.

Paloma and Renée hide both their true talents and their finest qualities from a world they suspect cannot or will not appreciate them. They discover their kindred souls when a wealthy Japanese man named Ozu arrives in the building. Only he is able to gain Paloma’s trust and to see through Renée’s timeworn disguise to the secret that haunts her. This is a moving, funny, triumphant novel that exalts the quiet victories of the inconspicuous among us.

Muriel Barbery is a French novelist and professor of philosophy. Barbery entered the École Normale Supérieure de Fontenay-Saint-Cloud in 1990 and obtained her agrégation in philosophy in 1993. She then taught philosophy at the Université de Bourgogne, in a lycée, and at the Saint-Lô IUFM.