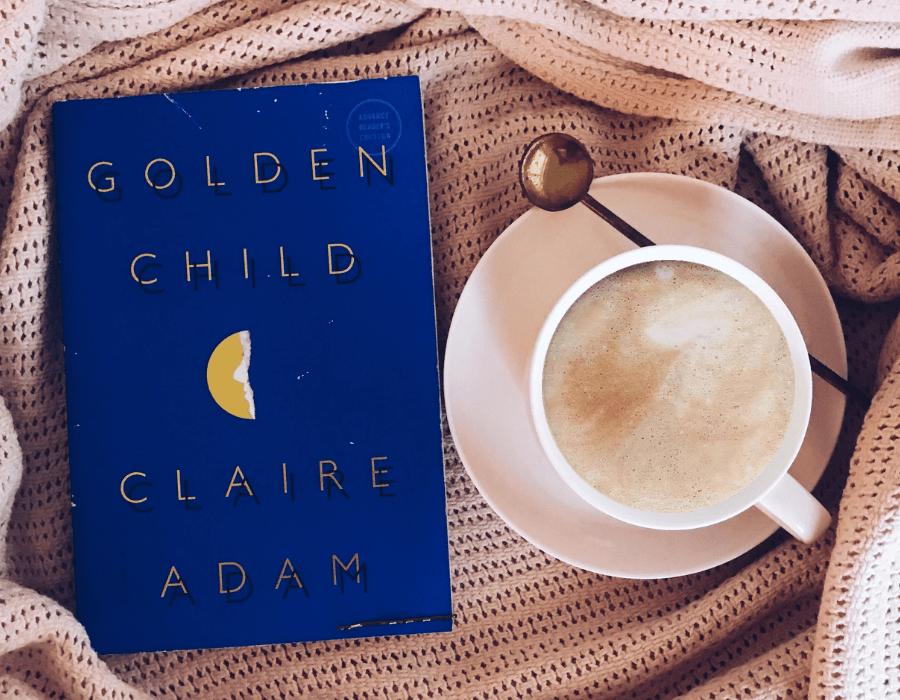 Having read the first book published by Sarah Jessica Parker’s imprint for Hogarth (aptly named SJP for Hogarth) – A Place For Us, by Fatima Farheen Mirza a little over six months ago,  I was thrilled to receive an email just before Christmas asking if I’d like to review the next book from the imprint – Golden Child by Claire Adam.

It was one of about twenty-two books I bought back to Sydney with me from the UK, and soon after settling back into my apartment in Rose Bay, I spent one sweltering afternoon by the sea unable to put it down.

One thing I love the most about books is the armchair travel is affords you as a reader; how you can be transported to places unknown and faraway lands in the comfort of your own room. Having never read anything set in Trinidad before; indeed knowing very little about Trinidad itself, I loved how well it was brought to life through the pages of Golden Child. The sense of lawlessness is ripe; the lack of societal safeguards, guard dogs patrol everyone’s yards and there is a sense of unease about the place.

A heartbreaking and mesmerising story that explores loyalty, devotion and betrayal, Golden Child tells the story of twin brothers Peter and Paul, growing up in rural Trinidad. Parents Clyde and Joy are hardworking, humble and proud, determined to provide their sons with equal opportunities, despite their different abilities. Because while Peter is academically advanced, quick and bright, Paul suffered a lack of oxygen along with other complications during his birth – and while he survived, the consequences will cast a shadow over his life forever.

And when one evening Paul goes walking into the bush, but fails to return home, a nervousness begins to simmer in the household. Adam brilliantly creates a rising sense of tension and disquiet, as Clyde is forced to make a decision that no parent should have to make.

A week after finishing this haunting debut, I’m yet to stop thinking about what fate had in store for the Deyalsingh family. Enthralling, evocative and affecting, it’s little wonder that Golden Child by Claire Adam is one of 2019’s most highly anticipated books.

A deeply affecting debut novel set in Trinidad, following the lives of a family as they navigate impossible choices about scarcity, loyalty, and love.

Rural Trinidad: a brick house on stilts surrounded by bush; a family, quietly surviving, just trying to live a decent life. Clyde, the father, works long, exhausting shifts at the petroleum plant in southern Trinidad; Joy, his wife, looks after the home. Their two sons, thirteen years old, wake early every morning to travel to the capital, Port of Spain, for school. They are twins but nothing alike: Paul has always been considered odd, while Peter is widely believed to be a genius, destined for greatness.

When Paul goes walking in the bush one afternoon and doesn’t come home, Clyde is forced to go looking for him, this child who has caused him endless trouble already, and who he has never really understood. And as the hours turn to days, and Clyde begins to understand Paul’s fate, his world shatters–leaving him faced with a decision no parent should ever have to make.

Like the Trinidadian landscape itself, Golden Child is both beautiful and unsettling; a resoundingly human story of aspiration, betrayal, and love.

Claire Adam was born and raised in Trinidad. She lives in London.