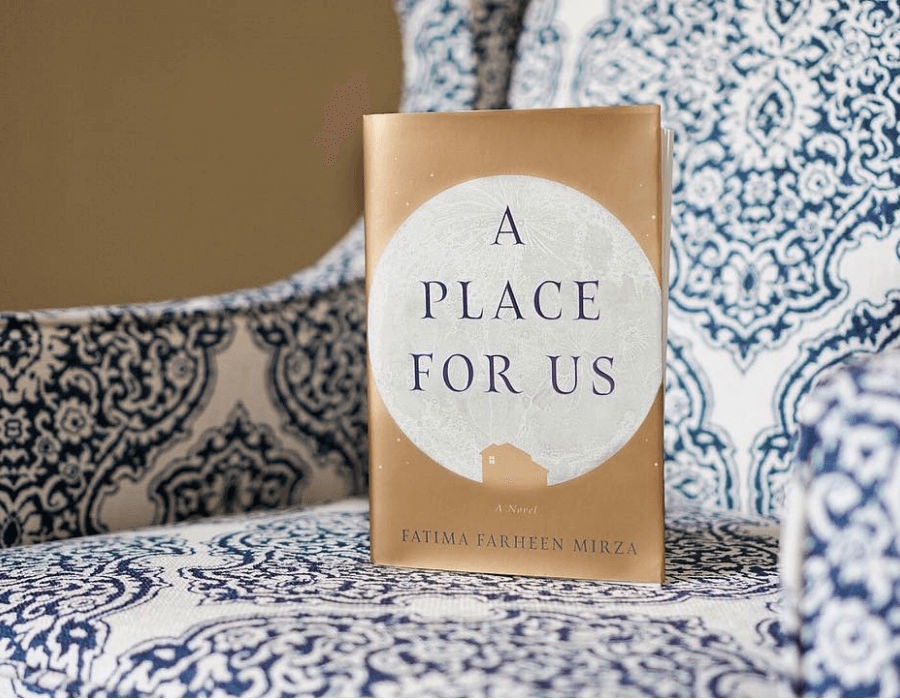 I first discovered that Sarah Jessica Parker was bringing out her own publishing imprint – SJP for Hogarth – while I was living in LA last year. Like many of my peers, I grew up glued to the screen every time Sex and the City was on TV, and have spent an unimaginable amount of hours in the years that have since passed watching reruns, and so it was with an overwhelming degree of excitement that I found out that SJP was soon to be acquiring and curating works of fiction that would resonate with her own taste as a reader. When discussing the inspiration behind SJP for Hogarths, she said: ‘I have always loved to read for the same reason I love to act, which is that other people’s stories are more interesting to me than my own.’

It was only in recent weeks, however, that a buzz would begin to circle around the first book published by Sarah Jessica Parker’s new imprint for Hogarth – A Place For Us, by Fatima Farheen Mirza – and so I spent the best part of last weekend trying to get my hands on a copy ahead of its release on June 12th.

The story follows the lives of an Indian-American Muslim family and begins to unfold on the eve of the Californian wedding of Hadia, eldest daughter of Rafiq and Layla and sister to Huda and Amar, A significant night for each member of the family, it is the first time in three years that Amar has been reunited with his family after a series of betrayals that led to his estrangement.

At surface level, A Place For Us is a seemingly innocuous family epic about a Muslim immigrant family who seek over decades to harmonize their Eastern principles with those of 21st-century suburban America. But on this narrative framework hangs something both intricate and hugely relevant to the society in which we now live: a stunning examination of racism, of religion, of culture, of betrayal and of boundless familial love.

A Place for Us takes place over a number of decades, and brilliantly interweaves a series of moments from the past and present that lead to Amar’s estrangement. We learn of the bonds that draw the family together; and the strains that tear them apart; we witness sibling rivalry and jealousy; the limitless love they each have for the other, and the split-second decisions they make that will have devastating consequences and a life-long effect that will test the strength of the family dynamics. And within the pages of the book we find a stunning narrative of Amar, a young Muslim man in suburban America and his coming of age as he attempts to find his place in the world.

A Place For Us is a brave and beautiful read, with a pacy plot and rich and poetic prose throughout. While the entire book flows flawlessly, I found my heart quickening for the final hundred pages, as I found myself racing through the last quarter of this poignant tale, while simultaneously wanting to savour every last word and every last page. It’s impossible to read Mirza’s debut without being deeply affected by the story that lies therein, and it will stay with readers the world over long after they’ve reached it’s touching finale.

Buy A Place for Us by Fatima Farheen Mirza on Amazon.

About A Place For Us

A Place for Us unfolds the lives of an Indian-American Muslim family, gathered together in their Californian hometown to celebrate the eldest daughter, Hadia’s, wedding–a match of love rather than tradition. It is here, on this momentous day, that Amar, the youngest of the siblings, reunites with his family for the first time in three years. Rafiq and Layla must now contend with the choices and betrayals that lead to their son’s estrangement–the reckoning of parents who strove to pass on their cultures and traditions to their children, and of children who in turn struggle to balance authenticity in themselves with loyalty to the home they came from.

In a narrative that spans decades and sees family life through the eyes of each member, A Place For Us charts the crucial moments in the family’s past, from the bonds that bring them together to the differences that pull them apart. And as siblings Hadia, Huda, and Amar attempt to carve out a life for themselves, they must reconcile their present culture with their parent’s faith, to tread a path between the old world and the new, and learn how the smallest decisions can lead to the deepest of betrayals.

A deeply affecting and resonant story, A Place for Us is truly a book for our times: a moving portrait of what it means to be an American family today, a novel of love, identity and belonging that eloquently examines what it means to be both American and Muslim-and announces Fatima Farheen Mirza as a major new literary talent

Fatima Farheen Mirza was born in California in 1991 and raised there. Her parents are of Indian descent; her mother grew up in Birmingham, her father in Hyderabad. She is a graduate of the Iowa Writers’ Workshop, where she was a Teaching-Writing Fellow. A Place For Us is her first novel.

4 comments on “Review: A Place For Us – Fatima Farheen Mirza”