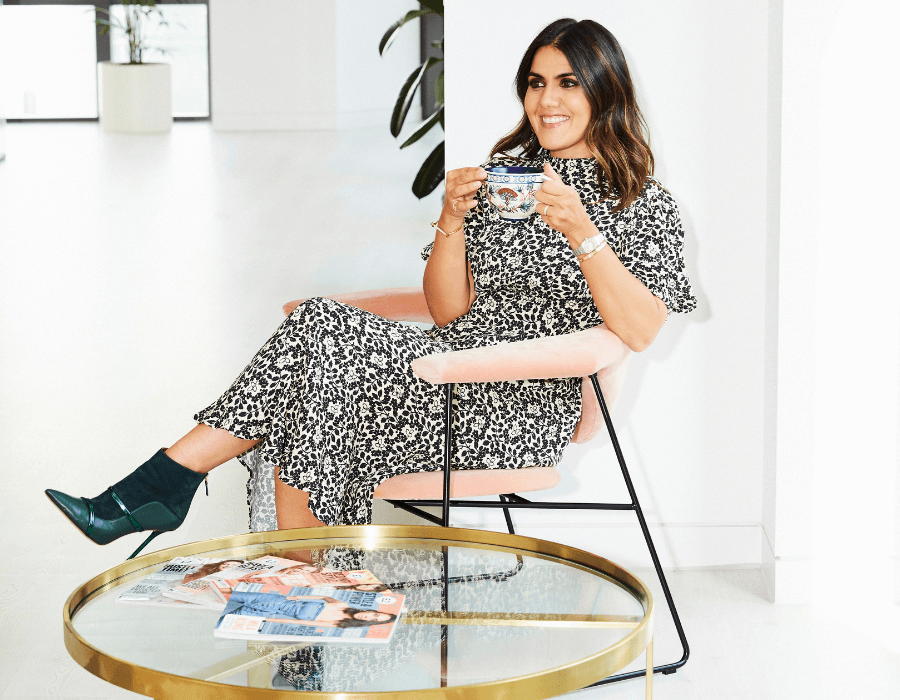 One of the best books I read in 2018 was Farrah Storr’s The Discomfort Zone. I had listened to Farrah on a number of podcasts discussing how  to get what you want by living fearlessly, and so keen was I to get my hands on her debut book that I had a copy sent to both my apartment in Sydney and my parent’s cottage in the UK, and have since gleefully lent my copies to many-a-friend in need. As editor-in-chief of Cosmopolitan, she hosts everything from memoir to journalism masterclasses on her popular Instagram account and is a TED speaker and Social Mobility Commissioner to boot. I was thrilled when Farrah agreed to take part in my Desert Island Books series, and have swiftly added her reading recommendations to be 2019 literary wish list. From the tome that makes her tear up, to a clichéd classic, read on to find out which books Farrah would take with her to the sandy shores of a desert island… 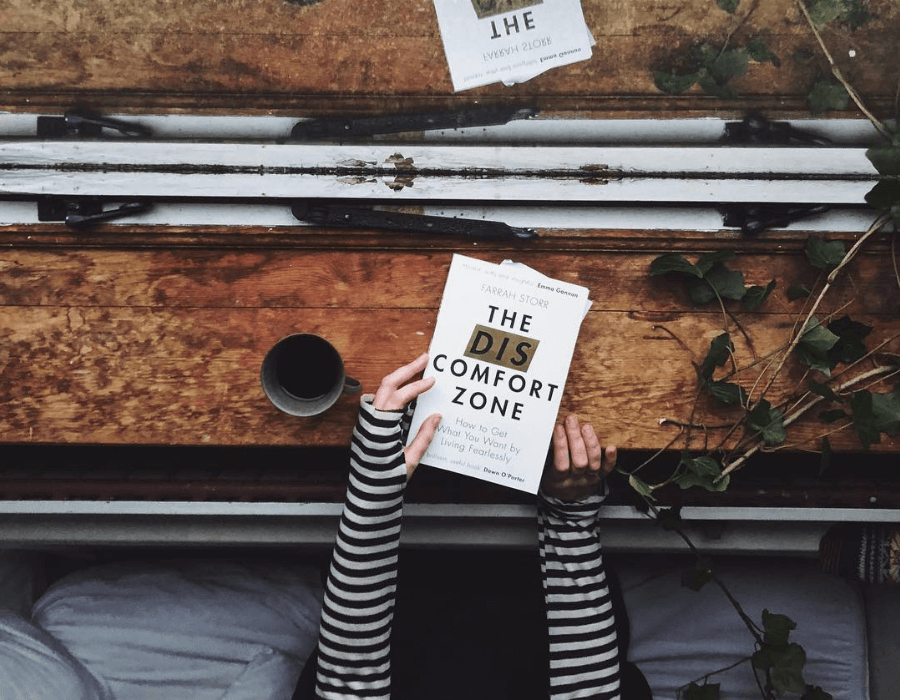 Every time I read this book I cry. It’s a combination of Master’s beautiful prose but also the ingenious way in it is told back to front. On the face of it this is a simple book about a homeless man called Stuart who suffers from severe mental illness. He is a funny, smart and loveable character without Masters having to draw on sympathy in order for the reader to understand Stuart and his curious ways. But the book’s power is in discovering…chapter by chapter, how Stuart came to live on the streets. Its findings are devastated, as are the last few pages. You will weep, you will laugh and you will fall in love with Stuart but you will also rage against a system that failed to save a young boy. And you will look at the homeless men and women who line our streets in a completely new light.

Yes, it’s a cliché to love this book but clichés are clichés for a reason…The Great Gatsby is nothing short of brilliant. I read it during the autumn of 1997 when I was falling in love for the first time, which I suppose means I always look back on it with a certain wistfulness. I think books and your experiences of reading books are shaped by the rhythm of your life at the moment you are reading them. And shortly after, when my relationship fell apart, I turned to this book again for comfort. The book is really about very little- a man who builds a life in order to recapture ‘the girl’ is its main thrust. But it is the character of Gatsby that you fall for- a man who is both hero and anti-hero; a crook and a decent, honest man. People are rarely one thing or another, but a complex mix of often quite discordant personality traits. Once you understand that you are rarely disappointed by them. 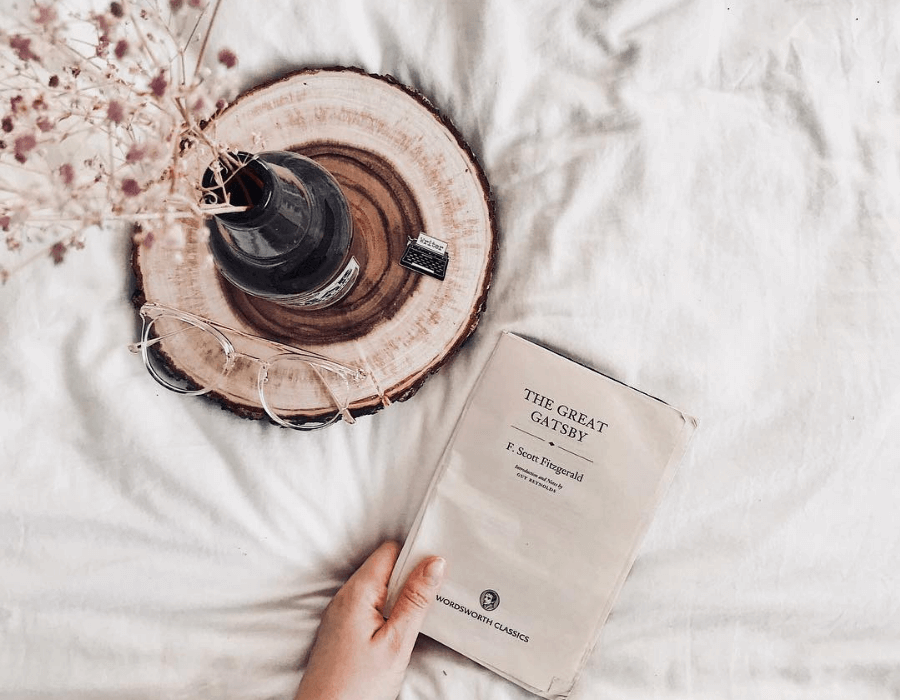 Down and Out in Paris and London by George Orwell

Orwell is one of my journalistic heroes- a man who searched for the truth by putting himself at the heart of the action. He was one of the first great investigative journalists as shown in this short book where he lives as a penniless pot washer in the slums of Paris and London in order to better understand how the poor live. Like Alexander Masters (and if Orwell was alive today I think he may have written Stuart A Life Backwards), Orwell paints people honestly but generously. A book I recommend to anyone who works with me.

I stumbled upon this book in a second-hand bookstore in Greenwich Village when I was just starting out as a writer- so for me it’s filled with poetic nostalgia (because lets’ be honest, that how every writer wants to stumble upon a book) . I implore every young writer who passes through my office to buy a copy of this book. New York magazine has always had a reputation for publishing bold, sometimes highly contentious features that truly explore the cultural zeitgeist. They also discovered some of our greatest voices along the way- Tom Wolfe, Nora Ephron, Gail Sheehy…In many ways that is what I have tried to do whilst at Cosmopolitan- send brilliant, new writers out into the cultural ether to explore what is going on. Their task is to find answers…and their voice in the process. Even I turn back to this book when I am struggling to write a line or a paragraph and need inspiration from some of the greats.

Is it a love story between two forbidden lovers? Or is it a tale of a predatory paedophile and an innocent victim? That is for the reader to decide. I studied this at university as part of my dissertation and as such it left a lasting impression on me. Not least because Nabokov achieves the impossible: he manages to elicit empathy from the reader towards a man, Humbert Humbert, who is arguably a monster. Lolita is a love story but it is also a dark comedy, a detective novel and a sort of Nabokovian paean to the English language. (Remember English was his second language). He works with language as a sculptor works with clay, moulding it into sentences the average writer could only dream about. There is a reason that the first paragraph of this novel is the one many of our greatest writers wish they had written. It is lyrical, sinister, beautiful and so desperately sad…all in a few simple lines. Very much like the novel itself. 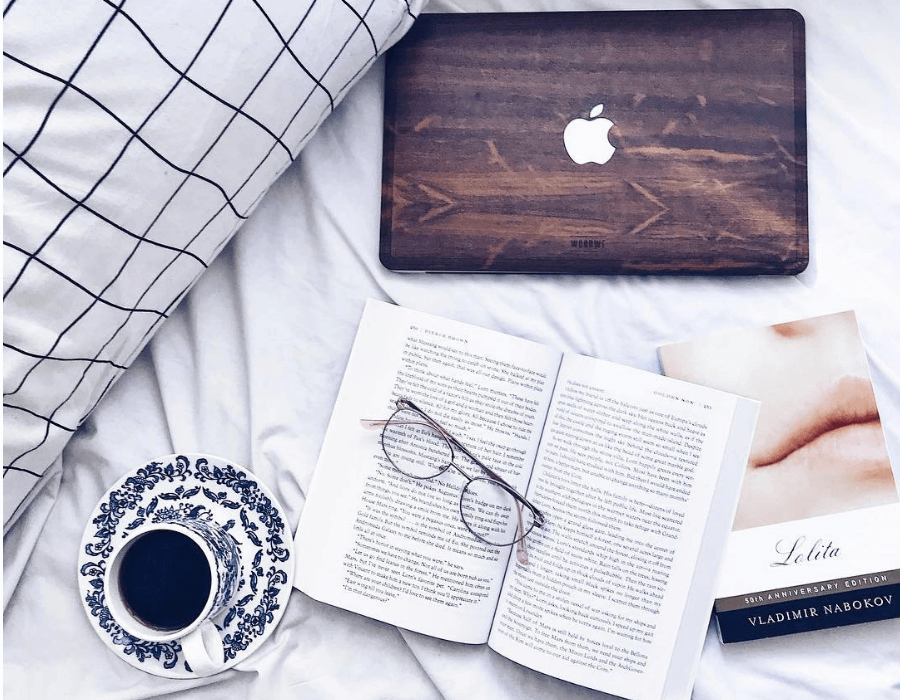 The name 25 Cromwell St still brings chills to most people…even now. The murder of 12 women (and there may still be more) was one of the most heinous crimes of our generation- murders which, it transpires, were so grotesque and debauched in their undertakings that they defied human comprehension. And yet…Gordon Burn’s book is a thing of beauty. Which is almost impossible to do when you are writing about something so ugly. It is noveslistic in its approach, although every detail is true. Burn’s prose is beautifully poetic especially the last page where he describes the house being demolished. I read this whilst sleeping in a shack on a deserted island in Thailand when I was 25. I remember lying in bed every night listening to the mosquitoes too scared to even sleep. It ruined the holiday but the book stayed with me forever.

Blood Beneath the Skin by Andrew Wilson

I never met Lee Mcqueen but I know many who did. Genius, obsessive, fun…these are the words used to describe him again and again. But few talk about the darkness- the depression, the drugs, the sex and the black imaginings of his mind. Except this book. I think because of this it was deemed highly controversial at the time. Those that know Lee refused to read it, whilst his family were said to be appalled. Biographies are funny things because they expose the full person. And it is viewed as ‘uncharitable’ to reveal the monstrous sides to our most revered. At least that is the general assumption. I would argue however that it is essential we acknowledge that those we admire come with dark sides too. (It’s also essential we recognise that in ourselves). This book therefore is a compelling read, yes, but it is also a book that reveals a man in full- and in many ways it reveals Lee McQueen to be even more exceptional in doing so.

Blow by Blow by Detmar Blow and Tom Sykes

I read this a few days after finishing McQueen’s biography, largely because Isabella Blow featured in so much of that book. In Mcqueen’s book she came across as a slightly desperate and sad figure…with of course true flashes of genius. (After all, she discovered McQueen). I wanted to know the full story of who she was and so I turned to this biography, written in part by her husband, Detmar. Biographies written by a loved one risk being overly sentimental but I think he does an exceptional job of showing Isabella’s frailities just as much as her strengths. You don’t have to be interested in fashion to appreciate Isabella and this book- you just have to be interested in what drives people to the edge of brilliance ..and madness.