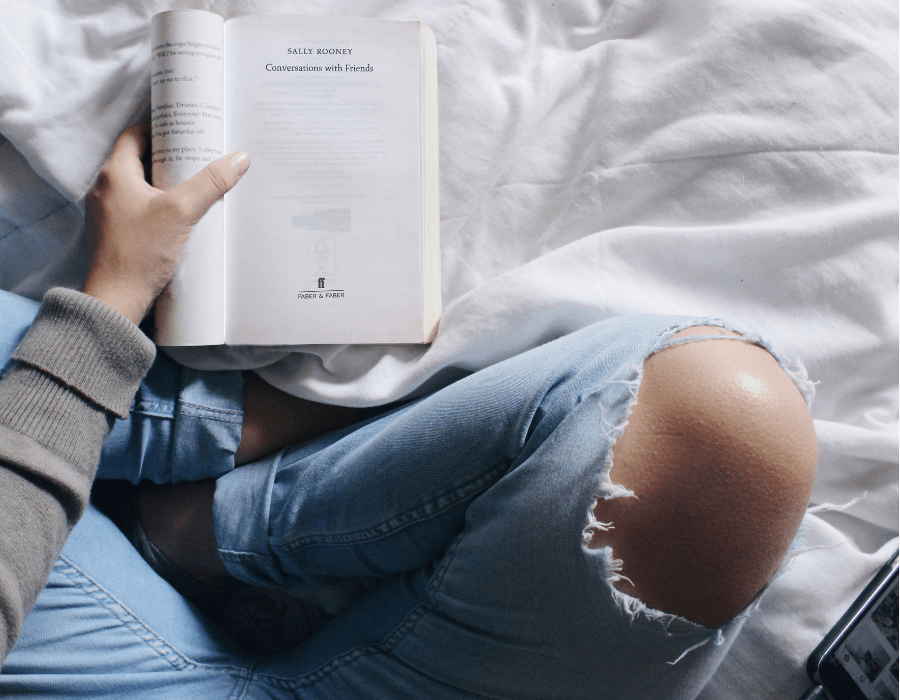 I was rather late to the party when it came to Sally Rooney and this Conversations With Friends Review. I had just finished How Do You Like Me Now by Holly Bourne and was listening to the High Low podcast on a rather long walk, when its hosts, Dolly Alderton and Pandora Sykes discussed the books they’d been reading recently. They mentioned both of Sally Rooney’s books – her debut, Conversations with Friends, and her Man Booker long-listed second novel, Normal People. And then, all of a sudden, I saw the Irish author and her books everywhere online – it seemed that every single person was reading, tweeting, or talking about, one of her novels, and so when I visited Berkelouw Books in Rose Bay the very next day and saw Conversations with Friends taking centre stage of their display, I immediately bought it; and read it almost as swiftly, before penning my Conversations with Friends book review.

A subtle and thought-provoking book, Conversations with Friends tells the tale of twenty-one year old aspiring writer Frances and former girlfriend Bobbi who now perform spoken word poetry together in Dublin. They soon meet an enigmatic older couple, photographer and essayist Melissa, who takes an interest in Bobbi and Frances and wants to write a piece about them, and her tall, dark and handsome husband, Nick, a bored actor who quickly enters into a flirtation with Frances. When Frances finds herself kissing Nick at a party, the pair begin a complicated affair and set in motion a chain of events that sees the two young poets enter into a sophisticated world of expensive houses and holidays in France, a world away from their own reality. A time of tumult for Frances ensues. She’s beguiled by Melissa and Nick’s financial stability, though she identifies as a communist; she’s unwilling to make any plans for the future or enter the workforce, and she struggles with issues with her body and her difficult and irresponsible father.

While the Conversations with Friends characters are deeply flawed and often unlikeable, together they make for engaging reading, and with a pacy and prose-rich plot, Rooney delivers an unputdownable book from start to finish. As a story, it explores the complexities of female friendships, privilege and romantic relationships, and the author’s writing is both raw and refreshing. The Dublin setting offers the perfect backdrop to the cast of creative characters and the tale itself is introspective and literary yet highly accessible, and enthralling and unpredictable throughout.

A sharply intelligent novel about two college students and the strange, unexpected connection they forge with a married couple.

Frances is twenty-one years old, cool-headed, and darkly observant. A college student and aspiring writer, she devotes herself to a life of the mind–and to the beautiful and endlessly self-possessed Bobbi, her best friend and comrade-in-arms. Lovers at school, the two young women now perform spoken-word poetry together in Dublin, where a journalist named Melissa spots their potential. Drawn into Melissa’s orbit, Frances is reluctantly impressed by the older woman’s sophisticated home and tall, handsome husband. Private property, Frances believes, is a cultural evil–and Nick, a bored actor who never quite lived up to his potential, looks like patriarchy made flesh. But however amusing their flirtation seems at first, it gives way to a strange intimacy neither of them expects. As Frances tries to keep her life in check, her relationships increasingly resist her control: with Nick, with her difficult and unhappy father, and finally even with Bobbi. Desperate to reconcile herself to the desires and vulnerabilities of her body, Frances’s intellectual certainties begin to yield to something new: a painful and disorienting way of living from moment to moment.

Written with gem-like precision and probing intelligence, Salley Rooney – Conversations With Friends is wonderfully alive to the pleasures and dangers of youth.

Sally Rooney was born in 1991 and lives in Dublin, where she graduated from Trinity College. Her work has appeared in Granta, The Dublin Review, The White Review, The Stinging Fly, and the Winter Pages anthology.

This Conversations with Friends review from The New Yorker is great. If you want to read more from Sally Rooney, take a look at my review of Normal People next.

If you’re looking for books like Conversations with Friends, check out these suggestions from Good Reads.