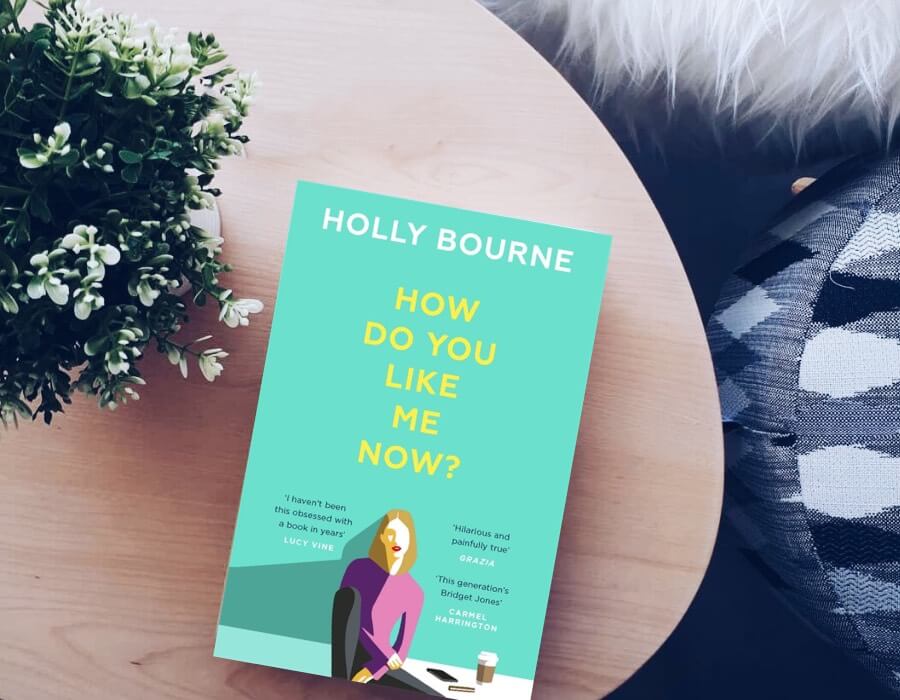 I was in something of a reading funk last week. I’d read a number of books in quick succession that I’d enjoyed, only to find that the next books on my to-be-read pile weren’t filling me with the sort of bookish bliss I’ve become accustomed to of late. I had put myself on a book buying-ban of sorts, determined to work my way through at least five unread books on my shelves before buying myself anything new, but after listening to The High Low Podcast, in which hosts Pandora Sykes and Dolly Alderton highly recommended How Do You Like Me Now, I found myself perusing the shelves of Berkelouw Books in Paddington, and returning home with a brown paper bag and a guilty new purchase,

And after weeks of endless sunshine and blue skies, I woke the next morning to looming clouds and drizzle – the best sort of reading weather – and so used it as an opportunity to spend the day at home, accompanied by copious cups of tea and How Do You Like Me Now.

Best known for her young-adult fiction, How Do You Like Me Now is Holly’s first foray into adult fiction, and an unputdownable novel from its very opening. Focused around the life of its protagonist, Tori Bailey – an author in her early thirties who found fame with the publication of her book about how to navigate your twenties – while on the surface it seems that Tori has it all, her reality is quite the opposite.

A successful author with adoring fans, a long-term boyfriend, a lovely flat and all the things that we as a society covet, Tori gets thousands of likes on her every social media post,  and flies round the world delivering sold-out shows and TED talks. She’s famous for her honesty, but she’s afraid of being honest with herself. Holly offers her readers a brilliant – and often uncomfortable – insight into Tori’s true self, her often hilarious and harsh stream of consciousness narration, that says all the things she is desperate to say but isn’t societally acceptable to do so.

Her long-term boyfriend Tom refuses to entertain the idea of marriage and children, her friends are all settling down and starting families, and Tori is struggling to produce a follow-on book, despite the mounting pressure from her publishers. And yet, while deeply unhappy and unstable, Tori continues to live her best life via her social media feed, offering fans a highlight reel that’s a stark contrast to her day-to-day reality. As the story progresses, Tori’s life begins to unravel as she addresses her internal unhappiness, and is forced to think about what she really wants from life.

How Do You Like Me Now is a witty, incisive and insightful read that tackles the complexities of life that many of us face. Tori is a strong, thoughtful, driven person, and yet she is also beset with insecurities, just like any of us. Her identity is a raft of conflicting ideas: feminist, yet supposedly happy in her long-term relationship; an independent author, yet her success is wrapped up in a book she wrote five years ago.

Bourne has delivered a pacy and plot-driven book that is both uncomfortable and entertaining in equal measure. A brilliant look at our reliance on social media and desire to please, Holly has more than proved her prowess as a storyteller, far beyond the realms of YA.

Buy How Do You Like Me Now by Holly Bourne on Amazon or from Waterstones.

Who the f*ck is Tori Bailey?

There’s no doubt that Tori is winning the game of life. A straight-talking, bestselling author, she’s inspired millions of women around the world with her self-help memoir. And she has the perfect relationship to boot.

But Tori Bailey has been living a lie.

Her long-term boyfriend won’t even talk about marriage, but everyone around her is getting engaged and having babies. And when her best friend Dee – her plus one, the only person who understands the madness – falls in love, suddenly Tori’s in terrifying danger of being left behind.

When the world tells you to be one thing and turning thirty brings with it a loud ticking clock, it takes courage to walk your own path.

It’s time for Tori to practice what she’s preached, but the question is: is she brave enough?

The debut adult novel by bestselling author Holly Bourne is a blisteringly funny, honest and moving exploration of love, friendship and navigating the emotional rollercoaster of your thirties.

Holly started her writing career as a news journalist, where she was nominated for Best Print Journalist of the Year. She then spent six years working as an editor, a relationship advisor, and general ‘agony aunt’ for a youth charity – helping young people with their relationships and mental health.

Inspired by what she saw, she started writing teen fiction, including the best-selling, award-winning ‘Spinster Club’ series which helps educate teenagers about feminism. When she turned thirty, Holly wrote her first adult novel, ‘How Do You Like Me Now?’, examining the intensified pressures on women once they hit that landmark.

Alongside her writing, Holly has a keen interest in women’s rights and is an advocate for reducing the stigma of mental health problems. She’s helped create online apps that teach young people about sexual consent, works with Women’s Aid to spread awareness of abusive relationships, and runs Rethink’s mental health book club.