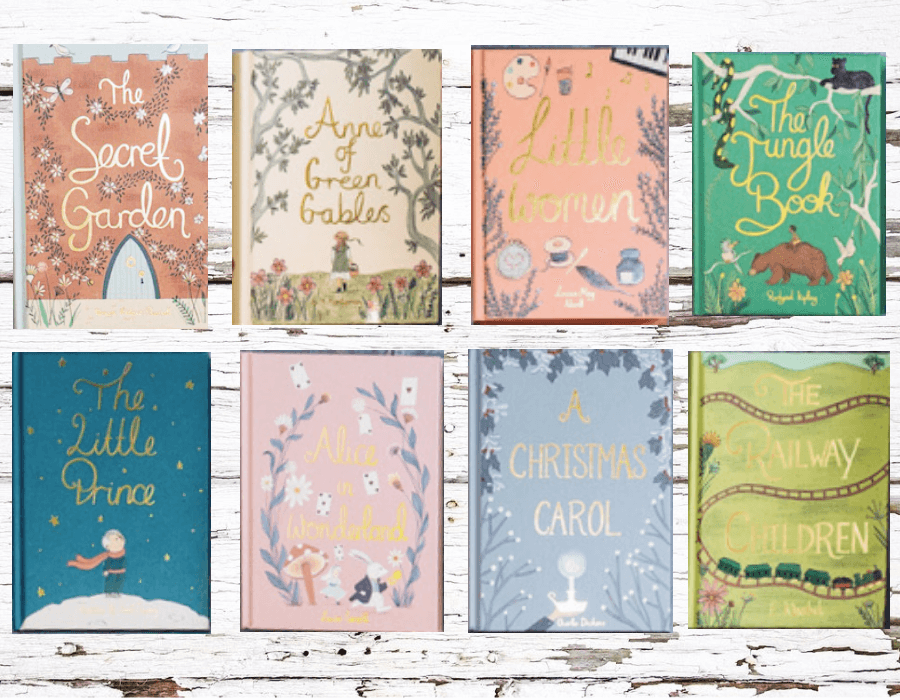 If you love nothing better than some literary nostalgia, you’ll adore Wordsworth Edition‘s new collection of children’s classics. These collector’s editions are cloth-bound compact hardbacks, with matching coloured end papers, and embossed gold and coloured blocking to enhance their beautiful, bespoke cover illustrations. The collection features twelve titles, and includes everything from Dickens’ much-loved A Christmas Carol to Frances Hodgson Burnett’s The Secret Garden and Rudyard Kipling’s The Jungle Book.

And if you want to take the best sort of trip down memory lane, or to simply adorn your shelves with these beautiful tales, I’ve teamed up with Wordsworth Editions to offer one lucky reader of The Literary Edit a chance to win a complete set of these stunning books.

To enter, simply subscribe to my newsletter here, or, if you’re already a subscriber, comment below with your favourite title from the collection. UK entries only.

The winner will be picked at random on Friday, 5th October and will be contacted by email.

*** This competition is now closed***

Little Women is one of the best-loved children’s stories of all time, based on the author’s own youthful experiences. It describes the family of the four March sisters living in a small New England community. Meg, the eldest, is pretty and wishes to be a lady; Jo, at fifteen is ungainly and unconventional with an ambition to be an author; Beth is a delicate child of thirteen with a taste for music and Amy is a blonde beauty of twelve. The story of their domestic adventures, their attempts to increase the family income, their friendship with the neighbouring Laurence family, and their later love affairs remains as fresh and beguiling as ever.

The magical Peter Pan comes to the night nursery of the Darling children, Wendy, John and Michael. He teaches them to fly, then takes them through the sky to Never-Never Land, where they find Red Indians, Wolves, Mermaids and… Pirates. The leader of the pirates is the sinister Captain Hook. His hand was bitten off by a crocodile, who, as Captain Hook explains ‘liked me arm so much that he has followed me ever since, licking his lips for the rest of me’. After lots of adventures, the story reaches its exciting climax as Peter, Wendy and the children do battle with Captain Hook and his band.

Mary Lennox was horrid. Selfish and spoilt, she was sent to stay with her hunchback uncle in Yorkshire. She hated it. But when she finds the way into a secret garden and begins to tend to it, a change comes over her and her life. She meets and befriends a local boy, the talented Dickon, and comes across her sickly cousin Colin who had been kept hidden from her. Between them, the three children work astonishing magic in themselves and those around them. The Secret Garden is one of the best-loved stories of all time.

Tweedledum and Tweedledee, the Mad Hatter, the Cheshire Cat, the Red Queen and the White Rabbit all make their appearances, and are now familiar figures in writing, conversation and idiom. So too are Carroll’s delightful verses such as The Walrus and the Carpenter and the inspired jargon of that masterly Wordsworthian parody, The Jabberwocky. 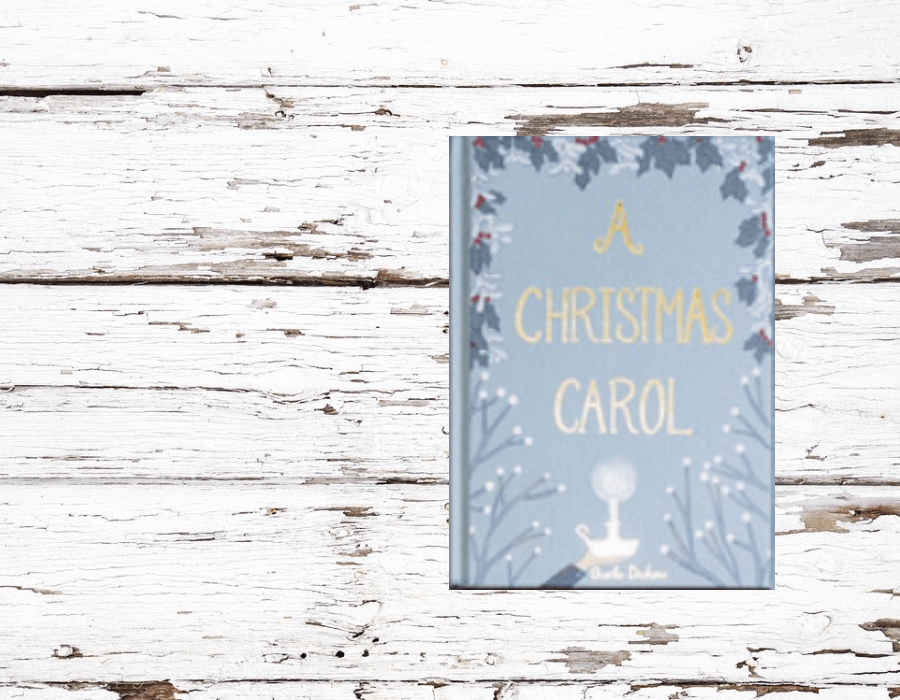 A Christmas Carol is the most famous, heart-warming and chilling festive story of them all. In these pages we meet Ebenezer Scrooge, whose name is synonymous with greed and parsimony: His attitude is soon challenged when the ghost of his old partner, Jacob Marley, returns from the grave to haunt him on Christmas Eve. Scrooge is then visited in turn by three spirits of Christmas Past, Present and Future, each one revealing the error of his ways and gradually melting the frozen heart of this old miser, leading him towards his redemption. On the journey we take with Scrooge we encounter a rich array of Dickensian characters including the poor Cratchit family with the ailing Tiny Tim and the generous and jolly Fezziwig.

The Wind in the Willows

Far from fading with time, Kenneth Grahame’s classic tale of fantasy has attracted a growing audience in each generation. Rat, Mole, Badger and the preposterous Mr Toad (with his ‘Poop-poop-poop’ road-hogging new motor-car), have brought delight to many through the years with their odd adventures on and by the river, and at the imposing residence of Toad Hall.

The Jungle Book introduces Mowgli, the human foundling adopted by a family of wolves. It tells of the enmity between him and the tiger Shere Khan, who killed Mowgli’s parents, and of the friendship between the man-cub and Bagheera, the black panther, and Baloo, the sleepy brown bear, who instructs Mowgli in the Laws of the Jungle. 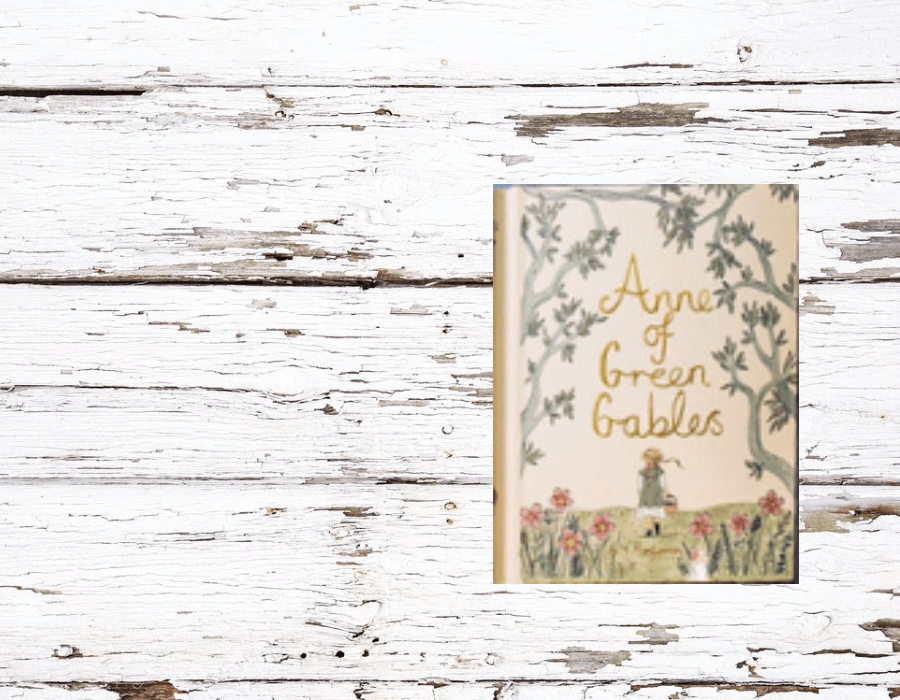 Anne Shirley is an eleven-year-old orphan who has hung on determinedly to an optimistic spirit and a wildly creative imagination through her early deprivations. She erupts into the lives of aging brother and sister Matthew and Marilla Cuthbert, a girl instead of the boy they had sent for. Thus begins a story of transformation for all three; indeed the whole rural community of Avonlea comes under Anne’s influence in some way. We see her grow from a girl to a young woman of sixteen, making her mistakes, and not always learning from them. Intelligent, hot-headed as her own red hair, unwilling to take a moral truth as read until she works it out for herself, she must also face grief and loss and learn the true meaning of love.

When Father goes away with two strangers one evening, the lives of Roberta, Peter and Phyllis are shattered. They and their mother have to move from their comfortable London home to go and live in a simple country cottage, where Mother writes books to make ends meet. However, they soon come to love the railway that runs near their cottage, and they make a habit of waving to the Old Gentleman who rides on it. They befriend the porter, Perks, and through him learn railway lore and much else. They have many adventures, and when they save a train from disaster, they are helped by the Old Gentleman to solve the mystery of their father’s disappearance, and the family is happily reunited.

The Little Prince is a modern fable, and for readers far and wide both the title and the work have exerted a pull far in excess of the book’s brevity. Written and published first by Antoine de St-Exupéry in 1943, only a year before his plane disappeared on a reconnaissance flight, it is one of the world’s most widely translated books, enjoyed by adults and children alike. In the meeting of the narrator who has ditched his plane in the Sahara desert, and the little prince, who has dropped there through time and space from his tiny asteroid, comes an intersection of two worlds, the one governed by the laws of nature, and the other determined only by the limits of imagination. The world of the imagination wins hands down, with the concerns of the adult world often shown to be lamentably silly as seen through the eyes of the little prince. While adult readers can find deep meanings in his various encounters, they can also be charmed back to childhood by this wise but innocent infant.

Black Beauty is a perennial children’s favourite, one which has never been out of print since its publication in 1877. It is a moralistic tale of the life of the horse related in the form of an autobiography, describing the world through the eyes of the creature. In taking this anthropomorphic approach, the author Anna Sewell broke new literary ground and her effective storytelling ability makes it very easy for the reader to accept the premise that a horse is recounting the exploits in the narrative. The gentle thoroughbred, Black Beauty, is raised with care and is treated well until a vicious groom injures him. The damaged horse is then sold to various masters at whose hands he experiences cruelty and neglect. After many unpleasant episodes, including one where he becomes a painfully overworked cab horse in London, Black Beauty finally canters towards a happy ending. Although Anna Sewell’s classic is set firmly in the Victorian period, its message is universal and timeless: animals will serve humans well if they are treated with consideration and kindness.

Treasure Island is the seminal pirates and buried treasure novel, which is so brilliantly concocted that it appeals to readers both young and old. The story is told in the first person by young Jim Hawkins, whose mother keeps the Admiral Benbow Inn. An old seadog, a resident at the inn, hires Jim to keep a watch out for other sailors whom he fears but, despite all precautions, the old man is served with the black spot which means death. Among the dead man’s belongings Jim discovers a map showing the location of the buried treasure of the notorious pirate Captain Flint. It is not long before he, along with Doctor Livesey and Squire Trelawney, sets sail to find the treasure. However, amongst the hired hands is the one-legged Long John Silver who has designs on the treasure for himself.