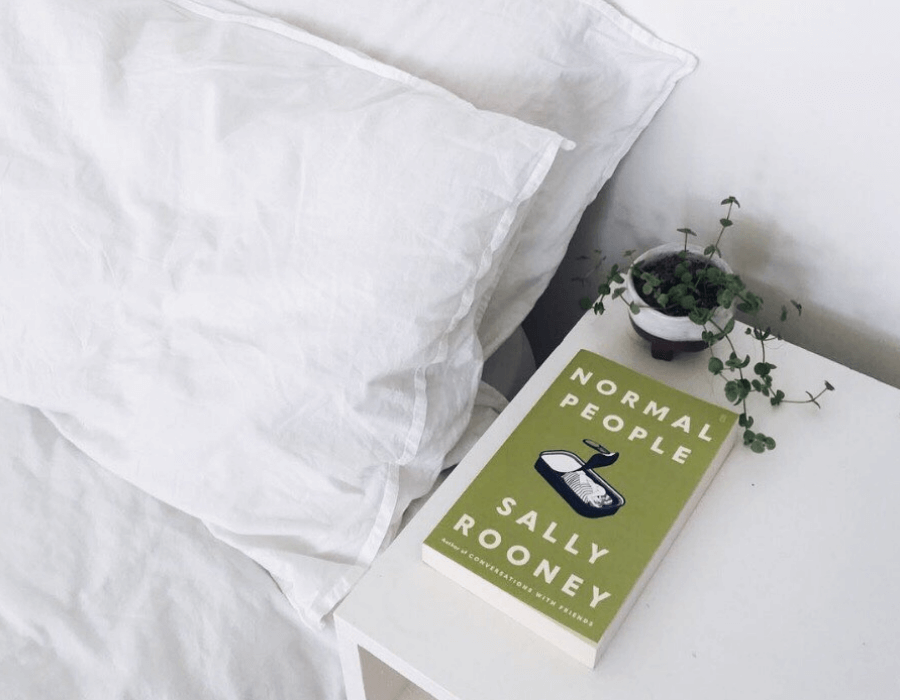 Normal People by Sally Rooney was one of the last books I read in 2018. Much like its predecessor – twenty-seven year-old Rooney’s debut Conversations with Friends – this too was lauded by critics and readers alike – and was not only long-listed for the Man Booker Prize, but too was named Waterstones Book of the Year, as well as taking the crown for the Costa Novel Award.  An undeniably impressive feat for anyone; yet alone a novelist yet to turn thirty.

I am often wary of reading books surrounded by such hype – when expectations are raised as a result of almost universal critical acclaim upon a book’s release, it can often lead to a degree of disappointment if said book doesn’t live up to its promise. But with Rooney, I needn’t have worried, for Normal People truly is as readable and wonderful as everyone who’s read it has said.

A tender and thoughtful portrayal of millennial relationships, Normal People tells the story of Marianne and Connell, who, while both in the same class at school, have few further similarities. As sixth formers in a small town in Ireland, they are each going through their own coming of age, and while Connell is popular and bright, and a sought-after member of the school soccer team, Marianne is rich but distant and shunned at school for being odd. Connell’s mother is a single parent, who works as a cleaner for Marianne’s family, and when, one day, Connell picks his mother up from Marianne’s, their paths cross, and a spark of attraction simmers between the two teenagers. What follows is a relationship between the two unlikely friends that varies in both intensity and passion, and starts during their final days at school, before continuing throughout university, and to their early working lives.

While a subtle book in many aspects, it is rich in meaning, prose and nuance. Rooney’s style may appear somewhat effortless but every word is stacked with purpose and intent. As the years go by, the relationship is often tumultuous, weaving from romantic, to platonic and back again, and Rooney brilliantly depicts all the intimate intricacies of a burgeoning love affair. Both try new relationships, but the pair are always drawn back to each other; seemingly by a force beyond their own control. It’s an intense relationship but an equal one. Both characters lead each other to new ground, but never to the detriment of each other.

Told episodically, while Normal People is by no means a plot driven book, it is nonetheless a pacy one, and Rooney has created a pairing of characters that are very human, deeply flawed, and very easy for the reader to warm to.

The book is, at its heart, a portrait of two people maturing as they go through their late teenage years and into their twenties. When we first meet them, they seem uncomplicated, and they see each other and themselves in simplistic terms. But as the book goes on, their characters develop, and they start to understand themselves better, and to see the complexities in each other. We see them develop as psychological entities, deeply affected by their experiences.

Raw and real and unflinchingly of our times, Rooney has delivered a sublimely executed love story that is seamless and flawless and the perfect sort of book to devour in a day.

Connell and Marianne both grow up in the same town in rural Ireland. The similarities end there; they are from very different worlds. But they both get places to study at university in Dublin, and a connection that has grown between them despite the social tangle of school lasts long into the following years.

Sally Rooney was born in 1991 and lives in Dublin, where she graduated from Trinity College. Her work has appeared in Granta, The Dublin Review, The White Review, The Stinging Fly, and the Winter Pages anthology.

If you want to read more from Sally Rooney, take a look at my review of Conversations with Friends next.