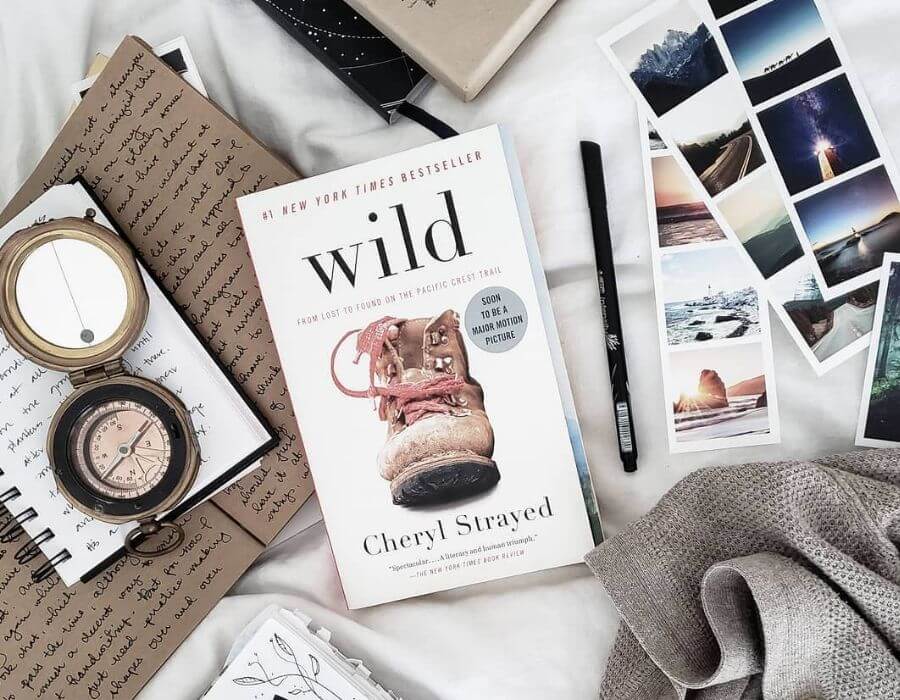 For me, one of the best things about going on holiday – indeed, one of the main reasons I like nothing more than spending a week in the sun – is the ample time it gives me to read. Often the bulk of my luggage comes from books, and when packing for eight days in the South of France with two of my best friends, I took no less than five books, hoping to get through at least four while away.

The first one I began was Wild by Cheryl Strayed, a memoir of an eleven-hundred mile trek Strayed made across the Pacific Crest Trail following the death of her mother, and her consequential divorce. I very rarely read non-fiction, the only two in recent memory being books on running that resulting in my partaking in the London Marathon earlier this year; however the blurb of Wild sounded compelling – and so I began.

The book begins with Strayed witnessing her forty-five year old mother dying, as cancer takes hold of her body. Her two siblings are largely absent during her mother’s illness and so Strayed and her step-father Eddie keep watch over her mother in her dying days.

Stricken with grief after having missed her final chance to say goodbye, Strayed struggles to cope with her loss and her marriage soon breakdowns following a series of infidelities behind her wonderful husband’s back. She then begins a relationship with another man, with whom she experiments with heroin and it is during this period of self-destruction that Strayed decides to embark on a redemptive journey hiking the epic PCT trail which stretches from Mexico to Canada through California, Washington and Oregon.

A novice hiker, Strayed encountered a number of extremes during the three months it took to hike eleven-hundred miles of the trail; from searing temperatures, to record snow falls, rattlesnakes, mountain bears and a back pack aptly named ‘The Monster’ that weighed almost as much as she did. We witness the transformation of her body as it acclimatises to the varying conditions of her journey, sympathise with her loneliness as she goes days without hearing her own voice, and we share her joy as she reaches the hiking stops along the trail and can finally indulge in a shower and proper food – having gone without either for days.

Most importantly of all, we see the redemptive power of nature, as the scars from the harrowing death of her mother and her heartbreaking divorce slowly begin to heal.

Beautifully written and evocative, Wild is a poignant, awe-inspiring read that shows how one rather extraordinary woman dealt with very real and very raw grief. I will treasure this book, and the journey on which it took me, for a long time to come.

At twenty-two, Cheryl Strayed thought she had lost everything. In the wake of her mother’s death, her family scattered and her own marriage was soon destroyed. Four years later, with nothing more to lose, she made the most impulsive decision of her life. With no experience or training, driven only by blind will, she would hike more than a thousand miles of the Pacific Crest Trail from the Mojave Desert through California and Oregon to Washington State — and she would do it alone.
Told with suspense and style, sparkling with warmth and humor, Wild powerfully captures the terrors and pleasures of one young woman forging ahead against all odds on a journey that maddened, strengthened, and ultimately healed her.