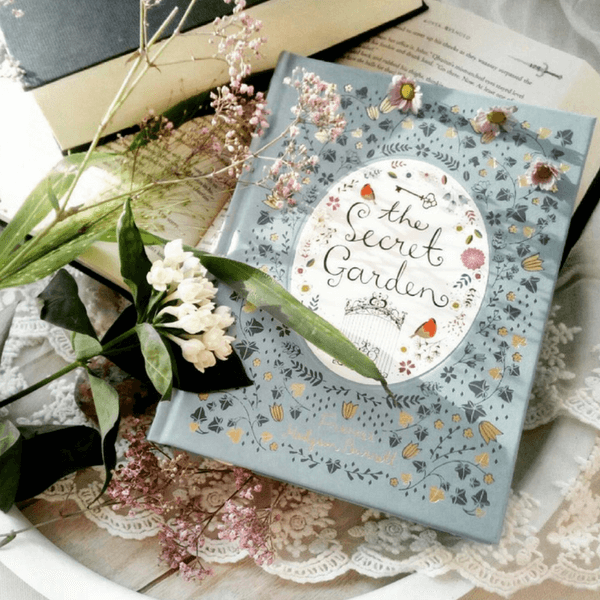 Frances Hodgson Burnett’s most famous novel, The Secret Garden, is a story I know very well, having grown up watching the 1993 film adaptation with Maggie Smith. Thus when I began reading the novel, number 51 in the BBC’s Top 100 Reads, I already had the characters’ faces in mind.

It tells the story of Mary Lennox, a ten year old girl from India who is left orphaned after her parents are killed by Cholera. Shipped off to Yorkshire to live with her uncle, Archibald Craven, at Misselthwaite Manner, Mary is at first a child of an unaffectionate, rude and spoilt disposition, used to ordering her Ayah around and having all her orders obeyed.

Unimpressed with the Yorkshire Moors and having to dress herself, Mary is initially unimpressed with the house and its servants, but with the help of her maidservant, Martha Sowerby, soon comes around to a different way of life – being grateful for the generosity of others and finding joy in the manor’s flourishing gardens. She befriends Martha’s brother Dickon, an animal charmer who restores The Secret Garden with her, and together they help bring her cousin Colin Craven, previously bed-bound, back to life.

The characters are beautifully constructed and described, with the residents of Misselthwaite Manor speaking in a Yorkshire dialect which really makes them come alive.   The Yorkshire Moors are as prominent a character of the book as Mary, Dickon and Colin and provide the perfect atmospheric backdrop to this magical childhood tale.

As the daughter of two parents, both of whom are fanatical gardeners, I’ve witnessed the joy planting seeds and nourishing gardens can give, and thus this charming tale resonated deeply with me. Unlike much of today’s society, in which the greatest satisfaction is gained through materialistic wealth, The Secret Garden is a wonderfully narrated story in which the reader is taught that an abundance of pleasure can be found in the simplest of things.

My maternal grandfather Kingsley was of the mindset that the best things in life are free – a sentiment that was passed on to me by my mother who enjoys nothing more than a walk in the country, early morning birdsong or the blooming of a bud in springtime. This is a concept very much present in Frances Hodgson Burnett’s best-loved novel, a story in which the fusion of nature and magic can change the unthinkable.

About The Secret Garden

After her parents die, young Mary Lennox chooses to stay our of the company of others. She becomes very unpleasant and has no friends. However, Mary’s life changes when she goes to live with her uncle in the country, where she discovers a wondrous and mysterious garden.

This is a memorable story of how a lonely young girl finds her place in the world.

Frances Eliza Hodgson was the daughter of ironmonger Edwin Hodgson, who died three years after her birth, and his wife Eliza Bond. She was educated at The Select Seminary for Young Ladies and Gentleman until the age of fifteen, at which point the family ironmongery, then being run by her mother, failed, and the family emigrated to Knoxville, Tennessee. Here Hodgson began to write, in order to supplement the family income, assuming full responsibility for the family upon the death of her mother, in 1870. In 1872 she married Dr. Swan Burnett, with whom she had two sons, Lionel and Vivian. The marriage was dissolved in 1898. In 1900 Burnett married actor Stephen Townsend until 1902 when they got divorced. Following her great success as a novelist, playwright, and children’s author, Burnett maintained homes in both England and America, traveling back and forth quite frequently. She died in her Long Island, New York home, in 1924.