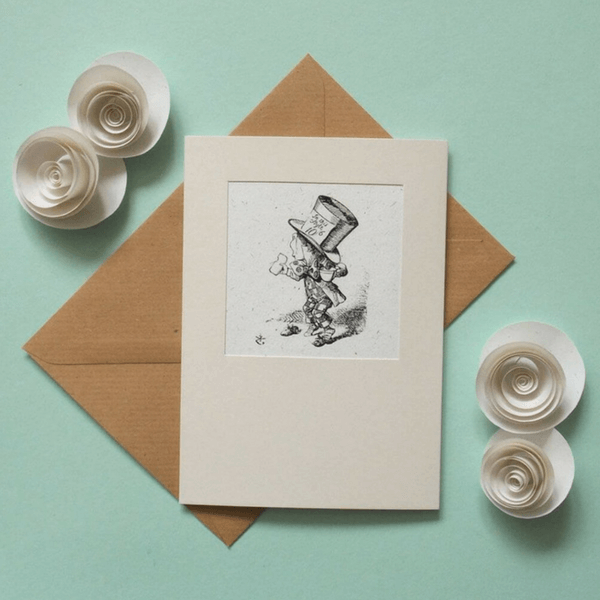 Alice’s Adventures in Wonderland was written by Charles Lutwidge Dodgson under the pseudonym of Lewis Caroll in 1865. Its position at number 30 in the BBC’s Big Read cements it as one of the nation’s best-loved books and the tale is known world-wide having been made into a Disney feature film almost a century after its publication.

Not dissimilar to The Secret Garden, Alice’s Adventures in Wonderland (as its more commonly known) is a story I know well, having seen the film of it more times than i can remember. Indeed, most people will be more familiar with the Disney adaptation and the characters therein – Tweedle Dum and Tweedle Dee, the Cheshire Cat, and of course the White Rabbit. Such is its presence in modern-day popular culture that there’s an Adventure Wonderland theme park based on the wonderland within the book and the character’s costumes are readily available at fancy dress shops.

Alice’s Adventures in Wonderland tells the tale of Alice, a young girl who falls down a rabbit hole to find a wonderland full of mystical creatures and strange goings on. While often marketed as a children’s fairy tale, Alice in Wonderland is a novel with far more complex issues than what appears on the surface.

There has been long-standing speculation that Lewis Caroll was on acid when he wrote the book, and with drug-related themes frequenting the narrative it’s easy to see where such a theory came from. Many interpret her fall down the encounters and events in the book as hallucinations; usually noting the hookah-smoking caterpillar and the consumption of mushrooms as references to psychedelic substances contribute to drug references within the text. Themes of peer pressure and growing up are also evident in the text; thus making Alice in Wonderland essentially a novel about coming of age.

I found the story itself rather hard to grasp – much like a vivid dream that one has at night but then struggles to explain the following day, there seemed to be little flow or continuity to the narrative. While I can appreciate that the tale is a classic that is popular amongst both children and adults alike, I am surprised by its rather high-ranking in the BBC’s Big Read. However, for fans of escapism and those with buckets of imagination, I can see why the novel will always remain a classic.

About Alice’s Adventures in Wonderland

After a tumble down the rabbit hole, Alice finds herself far away from home in the absurd world of Wonderland. As mind-bending as it is delightful, Lewis Carroll’s 1865 novel is pure magic for young and old alike.

His most famous writings are Alice’s Adventures in Wonderland and its sequel Through the Looking-Glass as well as the poems “The Hunting of the Snark” and “Jabberwocky”, all considered to be within the genre of literary nonsense.

He also has works published under his real name.

RELATED:  Review: The Best of Us - Joyce Maynard
Leave a comment