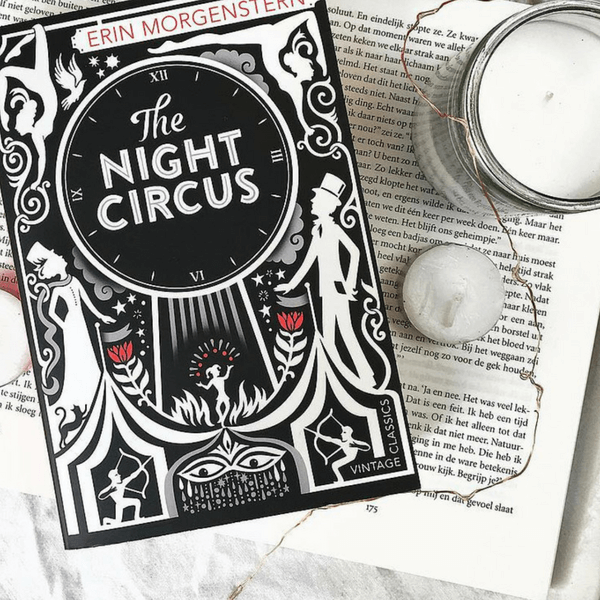 Since beginning my book blog in January and opening a Twitter account through which I am able to publicise it, I’ve had the opportunity to connect with publishers, authors and fellow book-bloggers whom I otherwise might not have come across. This has proved invaluable in terms of keeping up to date with the latest book releases and events, but perhaps one of the greatest benefits has been the never-ending stream of book recommendations. Indeed, I came across The Book of Summers by Emylia Hall – one of the best books I’ve read this year – on Twitter, and have read a number of wonderful novels including On The Road by Jack Kerouac and Kane and Abel by Jeffrey Archer as a result of them being recommended to me via fellow Twitter users.

The Night Circus by Erin Morgenstern is no different. Prior to my holiday in Croatia I asked for reading suggestions and the author’s debut novel was recommended to me by both Lottie Chase of the SYP and Emily Smith from Souvenir Press. It also came highly commended by Audrey Niffenegger, whose novel The Time Traveller’s Wife, is one of my absolute favourite books, and thus, with such a high accolade I thought it sounded like the perfect book to indulge in while in sunnier climes.

The story of The Night Circus is centred around two magicians who agree on a challenge: to train an apprentice in the art of magic and to pit their trainees against each other in a thrilling game that will take years to complete, and which, ultimately only one will survive. And so, with the Cirque de Reves – the Circus of Dreams – acting as their battlefield, we see Celia and Marco, two gifted young illusionists, unwittingly compete with each other against a stunning backdrop and an intriguing set of weird and wonderful characters.

The essence of magic throughout the novel provided a sense of escapism and the captivating plot along with elements of both romance and danger make for an intriguing read. The Night Circus is a beautifully descriptive book with wondeful imagery, making it the perfect choice for all reveurs.

About The Night Circus

The circus arrives without warning. No announcements precede it. It is simply there, when yesterday it was not. Within the black-and-white striped canvas tents is an utterly unique experience full of breathtaking amazements. It is called Le Cirque des Rêves, and it is only open at night.

But behind the scenes, a fierce competition is underway—a duel between two young magicians, Celia and Marco, who have been trained since childhood expressly for this purpose by their mercurial instructors. Unbeknownst to them, this is a game in which only one can be left standing, and the circus is but the stage for a remarkable battle of imagination and will. Despite themselves, however, Celia and Marco tumble headfirst into love—a deep, magical love that makes the lights flicker and the room grow warm whenever they so much as brush hands.

True love or not, the game must play out, and the fates of everyone involved, from the cast of extraordinary circus performers to the patrons, hang in the balance, suspended as precariously as the daring acrobats overhead.

Written in rich, seductive prose, this spell-casting novel is a feast for the senses and the heart.

Erin Morgenstern is a writer and a multimedia artist, who describes all her work as “fairy tales in one way or another.” She grew up in Marshfield, Massachusetts. She currently lives in Boston, Massachusetts with two very fluffy cats.