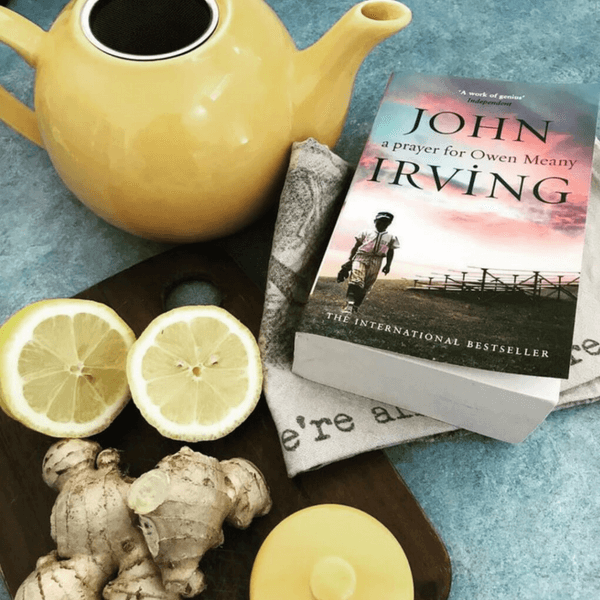 When I first challenged myself to reading the Top 100 BBC Reads, little did I know what was in store. I’ve previously spoken about the many books I may never have read, were it not for the fact that I was working my way through some of the best novels ever written. There have been low points as well as high; I certainly haven’t enjoyed all of the books I’ve read as part of the challenge, but the positives of such a challenge certainly outweigh the negatives. And for me, there are few things better in life than reading an utterly, utterly amazing book, which stays with you a long while after the final page. A Prayer For Owen Meany is one of those rare finds.

Since beginning my blog, I’ve begun to rely heavily on others for book recommendations. As I work my way through the Top 100 BBC Reads, fewer titles are familiar, thus I go to friends, family and fellow bloggers for suggestions that they might think I’ll enjoy. A Prayer For Owen Meany was an exception. I was in Sussex spending the weekend with my Dad and Step-Mum when I came across it in a charity shop; the title rung a bell and, thinking I’d seen it on the Top 100, my doting dad bought it for me.

Despite having read throughout most of my childhood and my entire adult life, I had not yet read any of John Irving’s many published novels, though I have watched the wonderful Cider House Rules, the film starring Charlize Theron that was adapted from his book of the same title.

And so, with few expectations of the novel, having briefly read the very short blurb, I began. A Prayer for Owen mean tells the story of John Wheelwright and his best friend Owen Meany, a dwarfish boy with a strange voice, as they grow up together in a small New Hampshire town in the 1950s and 60s. Narrated in two interwoven time frames the present sees John Wheelwright as a Canadian citizen and an English teacher at a private girl’s school in Toronto.  The plot concentrates primarily on the characters as they go through high school and university, before Owen enrolls in the army.

A tragic accident occurs very early on in the book when Owen hits a foul ball at a baseball game and accidentally kills John Wheelwright’s mother. Owen, however, doesn’t believe in accidents and is convinced that not only has he been chosen by God for a special purpose, but also that he knows the date of his death.

What follows is one of the most hauntingly beautiful books I have ever read. The narrative is brilliantly constructed , the characters are heartbreakingly involving and Owen Meany is without question one of the most moving literary creations of all time. Interlaced in the remarkable plot are themes of history, politics, war and God, but this is ultimately a tale of faith and of friendship.

When I told the step-father of one of my very best friend’s that I was reading A Prayer For Owen Meany he warned me I’d need tissues for the ending; suffice to say he was right. I wept like a baby, but not just because of the book’s ending, but because the book itself had ended. I implore anyone who hasn’t already done so to read this breathtaking masterpiece.

About A Prayer for Owen Meany

Eleven-year-old Owen Meany, playing in a Little League baseball game in Gravesend, New Hampshire, hits a foul ball and kills his best friend’s mother. Owen doesn’t believe in accidents; he believes he is God’s instrument. What happens to Owen after that 1953 foul is both extraordinary and terrifying. At moments a comic, self-deluded victim, but in the end the principal, tragic actor in a divine plan, Owen Meany is the most heartbreaking hero John Irving has yet created.

John Irving was born in Exeter, New Hampshire, in 1942. His first novel, Setting Free the Bears, was published in 1968, when he was twenty-six. He competed as a wrestler for twenty years, and coached wrestling until he was forty-seven.

John Irving has been nominated for a National Book Award three times—winning once, in 1980, for his novel The World According to Garp. He received an O. Henry Award in 1981 for his short story “Interior Space.” In 2000, he won the Oscar for Best Adapted Screenplay for The Cider House Rules. In 2013, he won a Lambda Literary Award for his novel In One Person.

An international writer—his novels have been translated into more than thirty-five languages — John Irving lives in Toronto. His all-time best-selling novel, in every language, is A Prayer for Owen Meany.

1 comment on “Review: A Prayer for Owen Meany – John Irving”