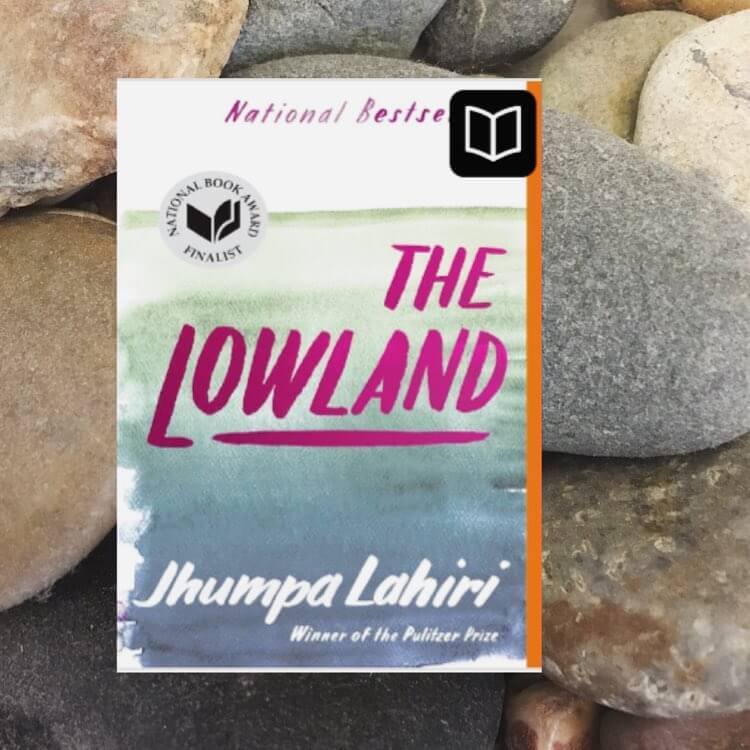 Many years ago, when on a gap year before starting university, I travelled around India. My time there was something of a rollercoaster – extreme highs were followed by extreme lows – but almost a decade later the country still holds a very dear place in my heart.

Despite spending some time in India it’s a country that still fascinates me, and thus I adore reading books set in this foreign land. Until the Baileys Women’s Prize for Fiction announced their shortlist, Jhumpa Lahiri is not an author I had previously come across and it was through deciding to read the six shortlisted books that I was to read The Lowland.

Also shortlisted for the Man Booker Prize, The Lowland tells the story of two brothers – Subhash and Udayan, who grew up on the suburban streets of Calcutta. Inseperable as children, as they reach adulthood the brothers’ lives take very different paths. Udayan becomes involved in the communist movement sweeping West bengal, while Subhash moves to Rhode Island to study for a PHD, never to return to live in his native country.

A melancholy tale, The Lowland is written beautifully and is an exquisite exploration of how decisions – both big and small – can ultimately change one’s life.

Epic in its canvas and intimate in its portrayal of lives undone and forged anew, The Lowland is a deeply felt novel of family ties that entangle and fray in ways unforeseen and unrevealed, of ties that ineluctably define who we are

From Subhash’s earliest memories, at every point, his brother was there. In the suburban streets of Calcutta where they wandered before dusk and in the hyacinth-strewn ponds where they played for hours on end, Udayan was always in his older brother’s sight. So close in age, they were inseparable in childhood and yet, as the years pass – as U.S tanks roll into Vietnam and riots sweep across India – their brotherly bond can do nothing to forestall the tragedy that will upend their lives.

Udayan – charismatic and impulsive – finds himself drawn to the Naxalite movement, a rebellion waged to eradicate inequity and poverty. He will give everything, risk all, for what he believes, and in doing so will transform the futures of those dearest to him: his newly married, pregnant wife, his brother and their parents. For all of them, the repercussions of his actions will reverberate across continents and seep through the generations that follow.

Epic in its canvas and intimate in its portrayal of lives undone and forged anew, The Lowland is a deeply felt novel of family ties that entangle and fray in ways unforeseen and unrevealed, of ties that ineluctably define who we are. With all the hallmarks of Jhumpa Lahiri’s achingly poignant, exquisitely empathetic story-telling, this is her most devastating work of fiction to date.

Nilanjana Sudeshna “Jhumpa” Lahiri was born in London and brought up in South Kingstown, Rhode Island. Brought up in America by a mother who wanted to raise her children to be Indian, she learned about her Bengali heritage from an early age.

Lahiri graduated from South Kingstown High School and later received her B.A. in English literature from Barnard College in 1989. She then received multiple degrees from Boston University: an M.A. in English, an M.A. in Creative Writing, an M.A. in Comparative Literature and a Ph.D. in Renaissance Studies. She took up a fellowship at Provincetown’s Fine Arts Work Center, which lasted for the next two years (1997-1998).

In 2001, she married Alberto Vourvoulias-Bush, a journalist who was then Deputy Editor of TIME Latin America Lahiri currently lives in Brooklyn with her husband and two children. She has been a Vice President of the PEN American Center since 2005.