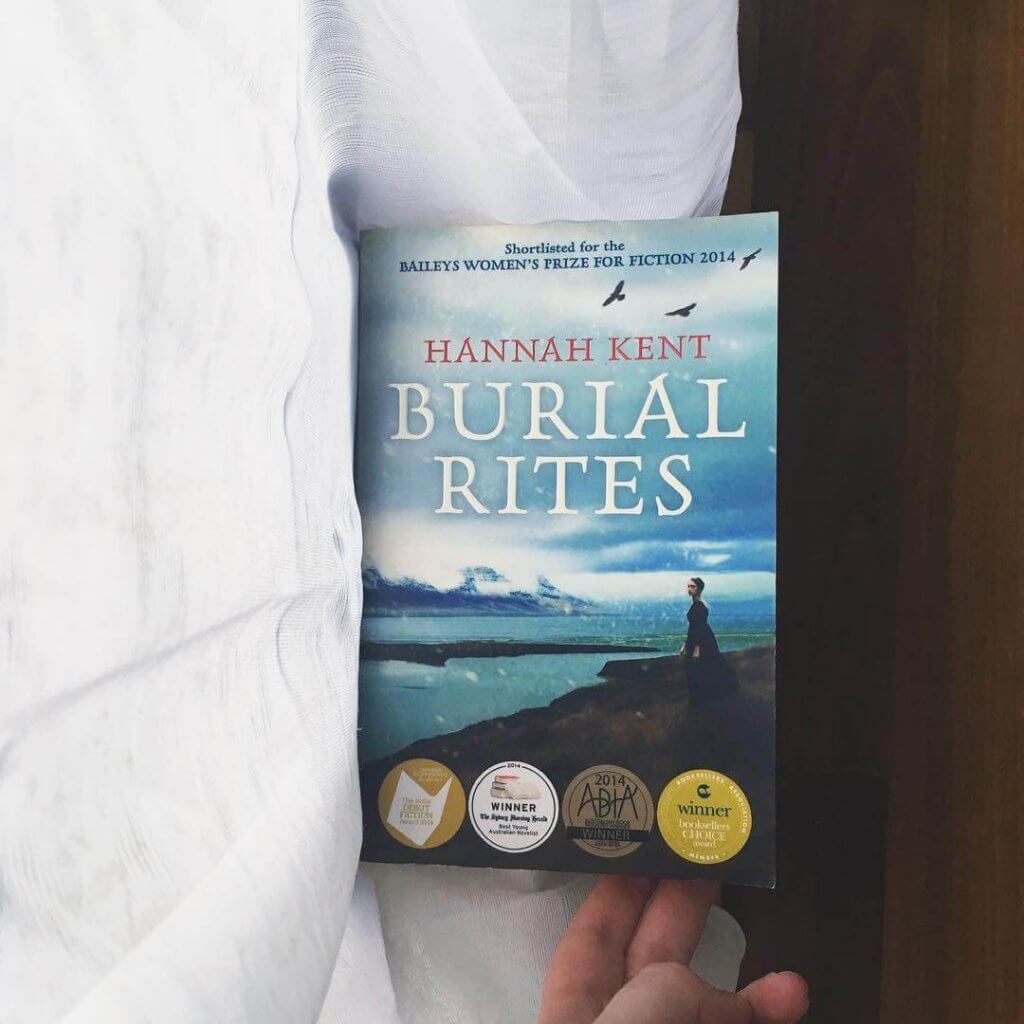 As a frustrated writer myself, I’m always hugely envious when I read debuts as accomplished as Hannah Kent’s – especially given we’re the same age. Set in northern Iceland in 1929, Burial Rites tells the story of Agnes Magnúsdóttir who is condemned to death for her part in the brutal murder of her lover. Ahead of her execution she is sent to a remote farm belonging to the Jonsson family where she is to spend her final days. While staying on the farm she is visited by Reverend Thorvardur Jonsonn (Toti), a young priest who has been appointed to help her to prepare to meet her maker.

Initially both the priest and the Jonsson family have reservations about their involvement with the murderess, but Agnes soon gains their trust and through her meetings with Toti the reader learns the sequence of events that led to the alleged murder and it soon becomes clear that all is not as it first seemed.

Burial Rites is full of beautiful prose and Hannah’s writing is evocative of the remote Icelandic landscape in which the book is set. With a haunting plot and wonderfully written characters I don’t doubt that the judges of this year’s Baileys Women’s Prize for Fiction have a tough job ahead of them in selecting their winner.

Set against Iceland’s stark landscape, Hannah Kent brings to vivid life the story of Agnes, who, charged with the brutal murder of her former master, is sent to an isolated farm to await execution.

Horrified at the prospect of housing a convicted murderer, the family at first avoids Agnes. Only Tóti, a priest Agnes has mysteriously chosen to be her spiritual guardian, seeks to understand her. But as Agnes’s death looms, the farmer’s wife and their daughters learn there is another side to the sensational story they’ve heard.

Riveting and rich with lyricism, Burial Rites evokes a dramatic existence in a distant time and place, and asks the question, how can one woman hope to endure when her life depends upon the stories told by others?

Hannah Kent was born in Adelaide in 1985. As a teenager she travelled to Iceland on a Rotary Exchange, where she first heard the story of Agnes Magnúsdóttir.

Hannah is the co-founder and deputy editor of Australian literary journal Kill Your Darlings, and is completing her PhD at Flinders University. In 2011 she won the inaugural Writing Australia Unpublished Manuscript Award.