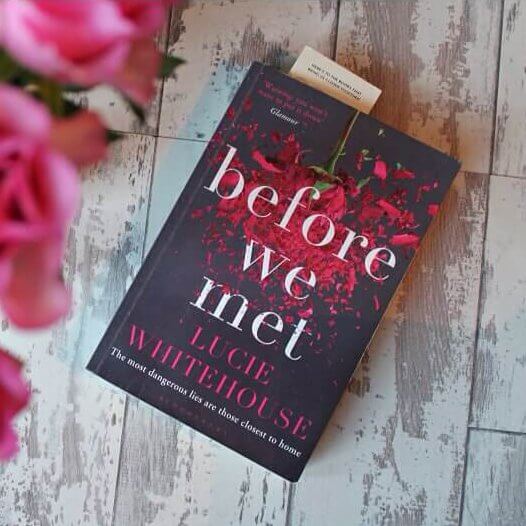 Shortly after I read Donna Tartt’s The Secret History – one of the more contemporary novels to make the BBC’s Big Read – I was recommended The House at Midnight by Lucie Whitehouse. Not too dissimilar to The Secret History, The House at Midnight told the tale of a group of graduates who spent a heady summer at a country pile in Oxford, and to this day it remains one of my very favourite books.

Shortly after, I read Whitehouse’s second novel – The Bed I Made, but it would be another four years before she was to publish her third – Before We Met. Much like her first two books, Before We Met immediately enthrals its readers as we meet newly-wed Hannah, waiting for her husband Mark at Heathrow as he fails to return from a business trip in New York.

When Mark attempts to explain his absence, a not-entirely convinced Hannah reluctantly starts digging into Mark’s hugely successful business only to discover numerous discrepancies which make her question his past and the secrets he may be hiding.

The pacing of the novel is taught throughout, and Whitehouse expertly keeps her reader in the midst of the action as the mystery of the tale begins to unfold. Well written and face-paced with an intriguing love story at its core, Before We Met is the perfect kind of thriller – and certainly the type to be devoured in one sitting.

About Before We Met

Hannah, independent, headstrong, and determined not to follow in the footsteps of her bitterly divorced mother, has always avoided commitment. But one hot New York summer she meets Mark Reilly, a fellow Brit, and is swept up in a love affair that changes all her ideas about what marriage might mean.

Now, living in their elegant, expensive London townhouse and adored by her fantastically successful husband, she knows she was right to let down her guard.

But when Mark does not return from a business trip to the U.S. and when the hours of waiting for him stretch into days, the foundations of Hannah’s certainty begin to crack. Why do Mark’s colleagues believe he has gone to Paris not America? Why is there no record of him at his hotel? And who is the mysterious woman who has been telephoning him over the last few weeks?

Hannah begins to dig into her husband’s life, uncovering revelations that throw into doubt everything she has ever believed about him. As her investigation leads her away from their fairytale romance into a place of violence and fear she must decide whether the secrets Mark has been keeping are designed to protect him or protect her…

Lucie Whitehouse was born in the Cotswolds in 1975 and grew up in Warwickshire. She studied Classics at Oxford University and then began a career in publishing while spending evenings, weekends and holidays working on the book that would eventually become THE HOUSE AT MIDNIGHT.

Having married in 2011, she now divides her time between the UK and Brooklyn, where she lives with her husband. She writes full time and has contributed features to the Times, the Sunday Times, the Independent, Elle and Red Magazine.