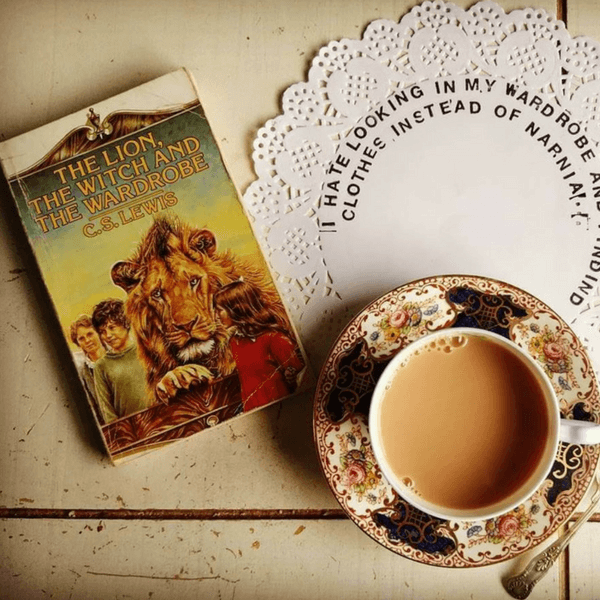 Despite studying English Literature at university, I’m not the type of person to read into things a lot. By that I mean I take most things at face value and rarely look for hidden meanings or underlying messages. In the second year of my degree I took a module called Narrative and the Novel, which explored how novels had been told through time and the effect they have had on society. We studied Disneyfication – a ‘movement’ that has coined the effect that Disney has had on its audience that I argued strongly against. Theorists claim that Disney films can cause the objectification of women and that there is much racism within the scripts – something I disagree with entirely. I certainly don’t think that watching Cinderella and Sleeping Beauty as a child brainwashed me into thinking that the most important feature of a woman is her looks, or indeed that there was a Prince Charming ready and waiting to whisk me off my feet the day I turned 21.

We also studied The Lion, The Witch and The Wardrobe by C.S Lewis, and while I hadn’t read the book I had grown up watching a BBC adaptation of the story. It was only upon discussing the novel that I learnt about the highly religious element of it – something that had never previously occurred to me. And so, upon reading it, such a theme was very apparent.

Published in 1950, The Lion, The Witch and The Wardrobe is the first published book of The Chronicles of Narnia, and is a truly charming story. It tells the story of four young children – Peter, Susan, Edmund and Lucy – who are evacuated from London during the Blitz and on exploring the country house in which they are sent to, they discover a magical world called Narnia at the back of a wardrobe. And thus begins an enchanting tale that explores themes of loyalty, forgiveness, faith, courage and self-sacrifice.

While Lewis was clearly influenced by his Christian beliefs, The Lion, The Witch and The Wardrobe can also be seen as an illustration of human growth. Not dissimilar to Judas in the Bible, Edmund characterises betrayal and a lack of faith, while Aslan’s decision to be killed in Edmund’s place clearly echoes Christ’s willingness to die for the sake of mankind. In a scene recalling the crucifixion of Christ, Aslan is tied to a stone table and slain with a knife; and he too rises again.

The Lion, The Witch and The Wardrobe is a beautiful tale. It is fantastically moral and beautifully written book that essentially is a story of good against evil. In a time when much is wrong with society, it is refreshing to read an inspiring novel that encourages its readers to always try to do the right thing. It absolutely deserves its place in the BBC’s Big Read.

About The Lion, the Witch and the Wardrobe

NARNIA…the land beyond the wardrobe, the secret country known only to Peter, Susan, Edmund, and Lucy…the place where the adventure begins. Lucy is the first to find the secret of the wardrobe in the professor’s mysterious old house. At first, no one believes her when she tells of her adventures in the land of Narnia. But soon Edmund and then Peter and Susan discover the Magic and meet Aslan, the Great Lion, for themselves. In the blink of an eye, their lives are changed forever.

Clive Staples Lewis (1898–1963) was one of the intellectual giants of the twentieth century and arguably one of the most influential writers of his day. He was a Fellow and Tutor in English Literature at Oxford University until 1954. He was unanimously elected to the Chair of Medieval and Renaissance Literature at Cambridge University, a position he held until his retirement. He wrote more than thirty books, allowing him to reach a vast audience, and his works continue to attract thousands of new readers every year. His most distinguished and popular accomplishments include Mere Christianity, Out of the Silent Planet, The Great Divorce, The Screwtape Letters, and the universally acknowledged classics The Chronicles of Narnia. To date, the Narnia books have sold over 100 million copies and been transformed into three major motion pictures.

3 comments on “Review: The Lion, The Witch and The Wardrobe – C.S Lewis”