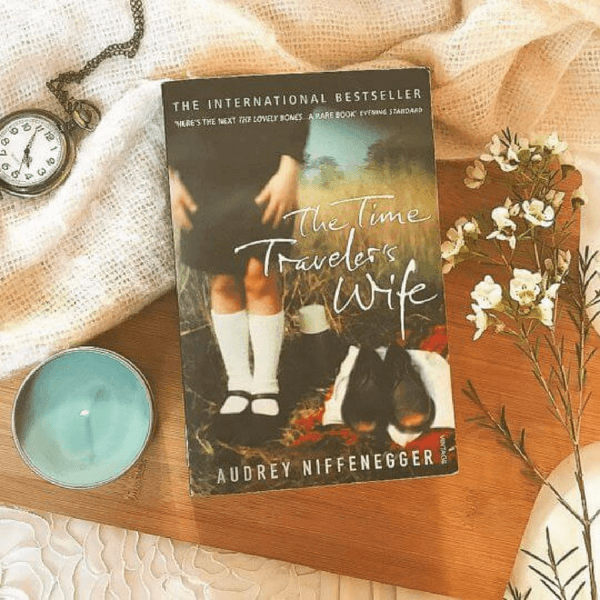 When I was 17 and in my first year of A-Levels at Henley college I had the most wonderful teacher called Maureen Lenehan; she had short grey hair, an infectious laugh and her favourite book was Middle March by George Elliot. The most profound thing she said to me in that year was thus: when you first start a book, you must always read for at least an hour. No doubt a whimsical and throw away remark to many, but for some reason it always stayed with me.

When I first started The Time Traveller’s Wife, the debut novel of Chicagoan Niffenegger, I really struggled with the aspect of time travel that dominates the text. I would lose my place; or finish a chapter having absorbed no information. Soon thereafter I gave up, banishing the novel to the land of unread. It wasn’t until about a year later when I was going on my annual trip to Spain to stay with my grand-father that I decided to give it a second shot. And this time, I took heed of Maureen’s wise words and read for a solid hour.

Once I got used to the element of time travel within the novel, I became captivated by the relationship between librarian Henry and teacher Claire, born eight years apart. Chigaco based Henry has a genetic disease which causes him to involuntarily travel through time, a condition which began when he was five and sees him jumping back and forward to different points in his life. And while I often struggle with the implausible – I’m not a fan of either fantasy or sci-fi – the novel was so well written I began to question whether Chrono Displacement – Henry’s condition – was actaully a real one.

The time-travelling element of the tale is essentially a vehicle for one of the most moving and tragic love stories I’ve read. Niffenegger explores themes of love, loss and displacement as Claire and Henry try and lead as normal a life as they can despite his condition. The Time Traveller’s Wife is beautifully written, entrancing and poignant – be sure to have tissues at the ready for the ending!

About The Time Traveler’s Wife

Audrey Niffenegger’s innovative debut, The Time Traveler’s Wife, is the story of Clare, a beautiful art student, and Henry, an adventuresome librarian, who have known each other since Clare was six and Henry was thirty-six, and were married when Clare was twenty-three and Henry thirty-one. Impossible but true, because Henry is one of the first people diagnosed with Chrono-Displacement Disorder: periodically his genetic clock resets and he finds himself misplaced in time, pulled to moments of emotional gravity in his life, past and future. His disappearances are spontaneous, his experiences unpredictable, alternately harrowing and amusing.

The Time Traveler’s Wife depicts the effects of time travel on Henry and Clare’s marriage and their passionate love for each other as the story unfolds from both points of view. Clare and Henry attempt to live normal lives, pursuing familiar goals—steady jobs, good friends, children of their own. All of this is threatened by something they can neither prevent nor control, making their story intensely moving and entirely unforgettable.

Audrey Niffenegger (born June 13, 1963 in South Haven, Michigan) is a writer and artist. She is also a professor in the MFA Creative Writing Program at Columbia College Chicago.

Her Fearful Symmetry (2009), Niffenegger’s second novel, is set in London’s Highgate Cemetery where, during research for the book, Niffenegger acted as a tour guide.