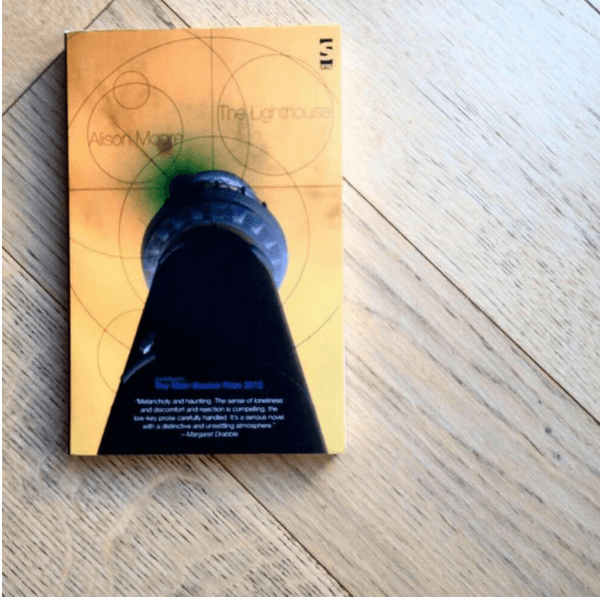 The winner of the Man Booker Prize 2012 will be announced in less than a fortnight, and having read just one of the shortlisted titles, I decided to read Alison Moore’s debut novel The Lighthouse.

Published by Norfolk-based Salt Publishing, The Lighthouse is yet another Man Booker Prize nomination that champions the work of independent publishers.

The novel begins on a North Sea Ferry, on whose blustery deck stands middle-aged Futh, en route to Germany for a restorative walking holiday following his recent separation from wife, Angela. Of a lonely and, at times, socially awkward disposition, Futh seemingly lacks any kind of support network and throughout the novel remains adrift, waiting to see where the tide takes him. Ill-prepared for the holiday, Futh’s failed relationships is mirrored by his general inadequacy as we see him getting lost and suffering from both sunburn and blisters.

Futh’s chapters are interwoven with those of Ester’s; the landlady of Hellhaus – lighthouse in German – the guesthouse in which Futh spends the first and last day of his walking tour. Ester, too, is a heavily flawed character, stuck in a loveless marriage to husband Bernard that is littered with infidelities and loneliness.

The imagery within the novel is a key and integral feature, and creates an evocative sense of place as well as lending itself well to memories which both Futh and Ester reminisce. And while the prose is sparse, it too, works in harmony with the melancholy nature of the novel.

Ultimately a tale of the banality of humanity, The Lighthouse is a delicately written novel that, despite lacking a thrilling plot, draws the reader in and compels them to continue reading. Subtly written and interwoven with tension, The Lighthouse certainly deserves its place on the Man Booker Shortlist.

On the outer deck of a North Sea ferry stands Futh, a middle-aged and newly separated man, on his way to Germany for a restorative walking holiday. After an inexplicably hostile encounter with a hotel landlord, Futh sets out along the Rhine. As he contemplates an earlier trip to Germany and the things he has done in his life, he does not foresee the potentially devastating consequences of things not done. “The Lighthouse,” Alison Moore’s first novel, tells the tense, gripping story of a man trying to find himself, but becoming lost.

Born in Manchester in 1971, Alison Moore lives next but one to a sheep field in a village on the Leicestershire-Nottinghamshire border, with her husband Dan and son Arthur.

She is a member of Nottingham Writers’ Studio and an honorary lecturer in the School of English at Nottingham University.

In 2012 her novel The Lighthouse, the unsettling tale of a middle-aged man who embarks on a contemplative German walking holiday after the break-up of his marriage – only to find himself more alienated than ever, was shortlisted for the Man Booker prize.