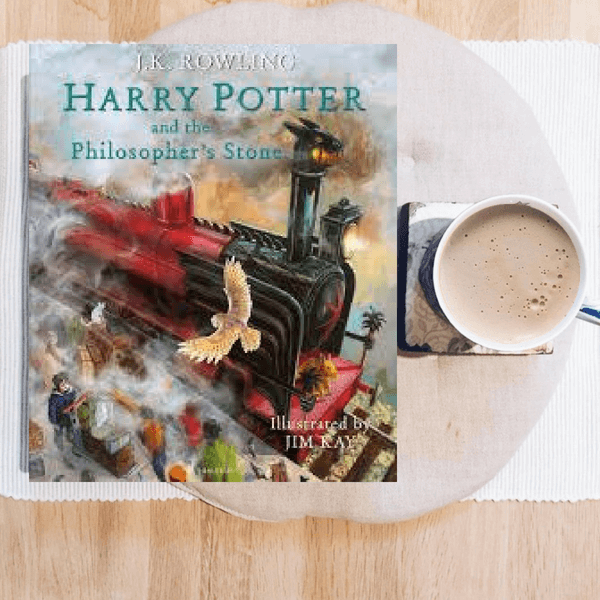 Much to the horror of a number of my friends, many of whom are huge Harry Potter fans, up until recently I was yet to read a single one of the best-selling series. This is despite both the books and the films dominating much of popular culture since they were first published fifteen years ago; indeed it’s been quite a feat avoiding the Harry-Potter mania that has swept the country over the past decade and a half.

However, I recently asked for recommendations from the BBC Big Read and got a rather curt reply from my best friend Lexy: ‘Lucifer please do yourself a favour and just bloody read the Harry potter books! They’re brilliant, easy and quick to read and you can tick a load off your list – what’s stopping you?!! X’ And so, having run out of excuses as to why I didn’t want to read them, I gave in and began the first in the series of seven: Harry Potter and the Philosopher’s Stone.

I’ve previously spoken about how I tend to avoid books that every second person on the tube appears to be reading and it was with a certain amount of reluctance that I finally read J. K. Rowling’s debut; one that has made her a millionaire many times over and catapulted her to the kind of stardom that is usually reserved for actors and popstars. However, as soon as I began Harry Potter and the Philosopher’s Stone, it became crystal clear why the books are so ingrained in the hearts of many readers.

Following the death of his parents, Harry Potter is left in the care of his non-wizzard family, Uncle Vernon, Aunt Petunia who are parents to the particularly vile Dudley, a spoilt bully and Harry’s chief tormentor. After ten years of being made to sleep in the cupboard under the stairs, having coat hangers given to him as Christmas presents and being forced to wear Dudley’s hand-me-downs, Harry is summoned by Rubeus Hagrid to wizzard-school Hogwarts, which is where his adventures begin.

With echoes of the Enid Blyton boarding-school tales I grew up reading and a not dissimilar battle between good and evil to that found in The Lion The Witch and The Wardrobe, Harry Potter and the Philosopher’s Stone also has a great deal of its own magic. With a lovingly created cast of characters and a fantasy world which immediately sweeps away its reader, it’s little surprise that the first four Harry Potter books, and indeed the only four that had been published at the time the BBC Big Read results were announced, all made it into the nation’s 100 best-loved books.

As the saying goes, ‘better late than never’ and while I may have jumped on the Harry Potter bandwagon 15 years after it first started, I’m sure I’m in for one hell of a ride!

About Harry Potter and the Philosopher’s Stone

When a letter arrives for unhappy but ordinary Harry Potter, a decade-old secret is revealed to him that apparently he’s the last to know. His parents were wizards, killed by a Dark Lord’s curse when Harry was just a baby, and which he somehow survived. Leaving his unsympathetic aunt and uncle for Hogwarts School of Witchcraft and Wizardry, Harry stumbles upon a sinister mystery when he finds a three-headed dog guarding a room on the third floor. Then he hears of a missing stone with astonishing powers, which could be valuable, dangerous – or both. An incredible adventure is about to begin!