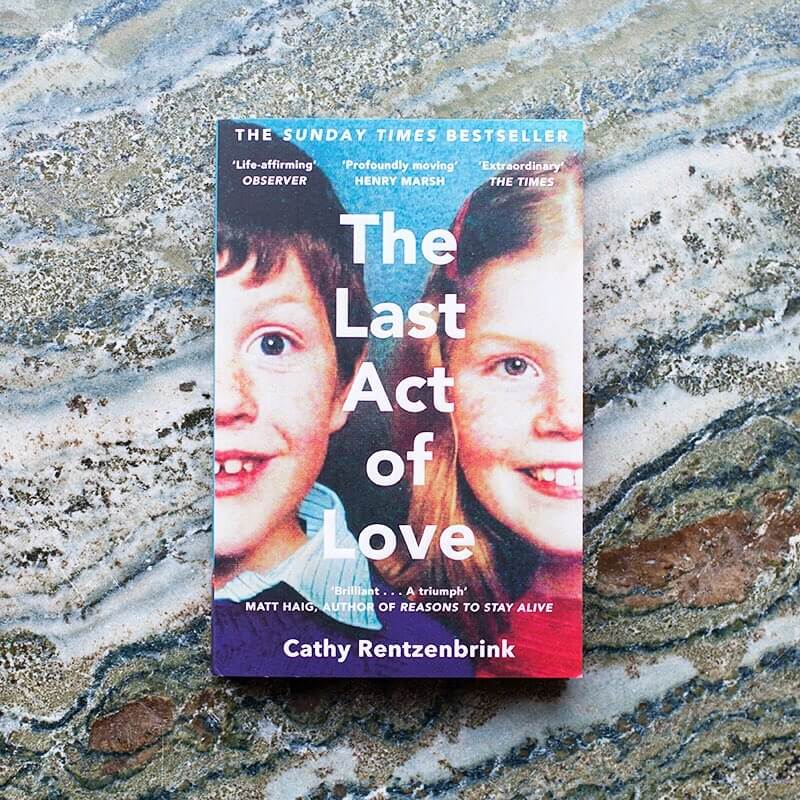 Last year I met Cathy, author of The Last Act of Love, when we were both on a panel at a Society of Young Publishers conference, discussing how we chose the books we read. I mentioned the influence Twitter often has when it comes to what I read, and thus it seems somewhat fitting that it was via Twitter that I was to discover that Cathy herself was writing a book. And while I’m knee deep in both the Baileys Prize longlist and the BBC Big Reads, I couldn’t ignore the praise it was receiving, and thus contacted her editor, Francesca Main at Picador, and asked for a copy to review.

Often, I’l deliberately chose the backdrop to a book I read; I read Wuthering Heights on my uncle’s farm in Yorkshire; I read The Beach on my gap year in India, days before travelling to Thailand, yet it was with no prior planning that I read The Last Act of Love – a heartbreaking book about the infinite love its author has for her brother – while in a yurt in the Shaftesbury countryside, on a hen weekend with my three sisters – indeed, three of the people who I love the most in the world.

The relationship between myself and my three sisters has certainly been tempestous over the years; but with just six years between the eldest and youngest alongside a household of hormones to contend with, it’s unsurprising that there have been a fair share of falling outs over the years. Despite the angry words that have crossed our lips however, there is a deep rooted love that will always preside over the temporary hate. It was thus with unimaginable sadness that I read about the day in 1990 that Cathy’s younger brother Matty was hit by a car and the many, many years of desperation that followed.

The bond that Cathy shared with Matty is evident from the get-go; and The Last Act of Love is a powerful memoir of the relationship between a brother and sister, and how one tragic night meant nothing would ever be the same again.

Beautiful, brave, heart-breaking, yet full of hope, I defy anyone to read the Last Act of Love without being moved – just a little bit – forever.