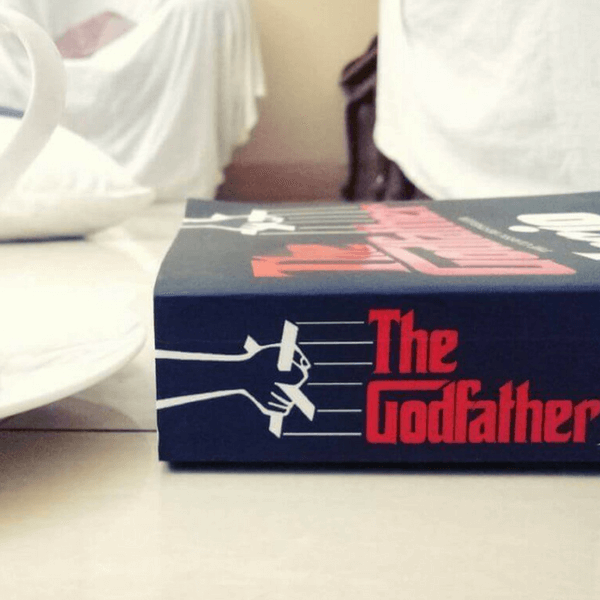 I watched The Godfather many, many years ago, but my memory of what happened in the film is incredibly hazy – other than the infamous horse-head scene, there’s very little I remember. And so, when I began reading Mario Puzo’s most famous book, I had no idea how the narrative was going to pan out.

Until I challenged myself to read the BBC’s Top 100 Books I wasn’t even aware that The Godfather was a novel. Ranked at No. 91 in the list of the nation’s best loved books, it is something of a change from Dostoyevsky and Dickens. My great friend and fellow bookworm, Chloe, lent it to me with the assurance that it was one of her favourite books and so I began the novel whose film adaptation has become a cult classic of the 20th century.

Published in 1969, The Godfather tells the story of a Sicilian Mafia family based in New York and headed by Don Vito Corleone, who is known to many as The Godfather. A powerful story with a gripping plot, the novel paints a convincing picture of New York’s underworld of crime, corruption and power.

Almost instantly I became absolutely enthralled with The Godfather and couldn’t put it down. The pace is fast, the characters are beautifully depicted, and you soon see beyond the criminal activity in which these men indulge, to the fiercely loyal fathers, brothers and friends that they are.

A novel of epic proportions, The Godfather is a captivating read with a thrilling plot and a haunting ending, and thus a modern masterpiece that thoroughly deserves its place on the BBC Big Read.

The Godfather—the epic tale of crime and betrayal that became a global phenomenon.

Almost fifty years ago, a classic was born. A searing portrayal of the Mafia underworld, The Godfather introduced readers to the first family of American crime fiction, the Corleones, and their powerful legacy of tradition, blood, and honor. The seduction of power, the pitfalls of greed, and the allegiance to family—these are the themes that have resonated with millions of readers around the world and made The Godfather the definitive novel of the violent subculture that, steeped in intrigue and controversy, remains indelibly etched in our collective consciousness.

Mario Puzo was an American author, screenwriter and journalist of Italian descent. He is known for his crime novels about the Mafia, most notably The Godfather (1969), which he later co-adapted into a three-part film saga directed by Francis Ford Coppola. He received the Academy Award for Best Adapted Screenplay for the first film in 1972 and Part II in 1974. Puzo also wrote the original screenplay for the 1978 Superman film. His last novel, The Family, was released posthumously in 2001.