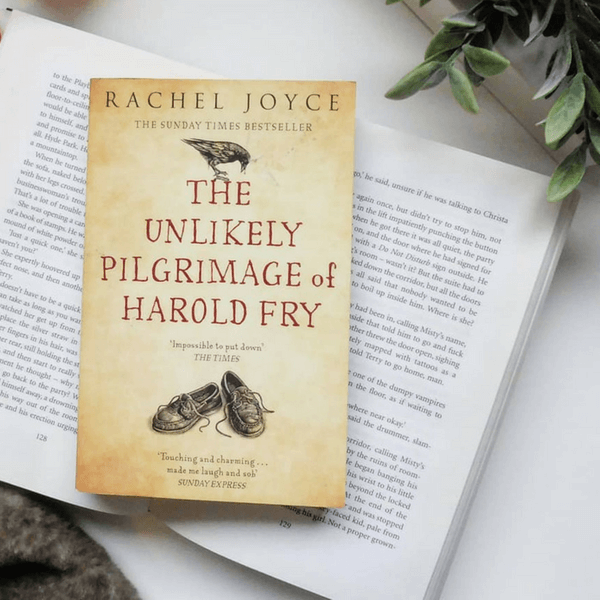 Not long ago, the long list for this year’s Man Booker Prize was announced, followed by rife discussions on Twitter in which there was much debate over the titles that had made the long list and whether they were worthy.

Much to my shame I hadn’t read a single novel included in the long list – something I decided to rectify it immediately. And having heard rave reviews for the Unlikely Pilgrimage of Harold Fry by Rachel Joyce, I thought it sounded well worth a read.

Previously a playwright who has written for both BBC Radio 4 and BBC 2, The Unlikely Pilgrimage of Harold Fry is Joyce’s debut novel. It tells the story of retired Harold Fry, a sixty-five year old who lives in Devon and who one day decides to hand-deliver a letter to Berwick-on-Tweed, some 600 miles away, in the hope of saving the life of his friend Queenie who is suffering from terminal cancer.

On the whole, I’m something of a sucker for poetic prose. I adore the style of Joanne Harris and Toni Morrison who, while very different, both possess incredible flair for beautifully descriptive writing. It’s a habit I’ve picked up myself – descriptive writing that is, rather that the flair that Harris and Morrison posses – and is something I am constantly admonished for by my lawyer father, who believes that less is more when it comes to words.

On this account, I have no doubt that my father would adore The Unlikely Pilgrimage of Harold Fry, just as I did. While it lacks in much that I often seek in a book, it’s a beautifully understated book that captures its reader’s heart. With lovely prose and a touching tale that winds its way through the narrative, The Unlikely Pilgrimage of Harold Fry is a deceptively simple read.

As the story progresses readers soon learn of Harold’s heartache, giving a deeper insight into his and Maureen’s often lacking marriage.

The Unlikely Pilgrimage of Harold Fry is a gripping and deeply involving read that explores the anguish of our inability, as humans, to change what has happened in the past. Ultimately an uplifting story, I finished it on the day that the Man Booker Prize shortlist was announced – and while it wasn’t shortlisted, I have no doubt that many more people will read this touching tale in years to come.

About The Unlikely Pilgrimage of Harold Fry

When Harold Fry nips out one morning to post a letter, leaving his wife hoovering upstairs, he has no idea that he is about to walk from one end of the country to the other. He has no hiking boots or map, let alone a compass, waterproof or mobile phone. All he knows is that he must keep walking. To save someone else’s life.

Rachel Joyce is the author of the Sunday Times and international bestsellers The Unlikely Pilgrimage of Harold Fry, Perfect, The Love Song of Miss Queenie Hennessy, and a collection of interlinked short stories, A Snow Garden & Other Stories. Her work has been translated into thirty-six languages.

Rachel has also written over twenty original afternoon plays and adaptations of the classics for BBC Radio 4, including all the Bronte novels. She moved to writing after a long career as an actor, performing leading roles for the RSC, the National Theatre and Cheek by Jowl.