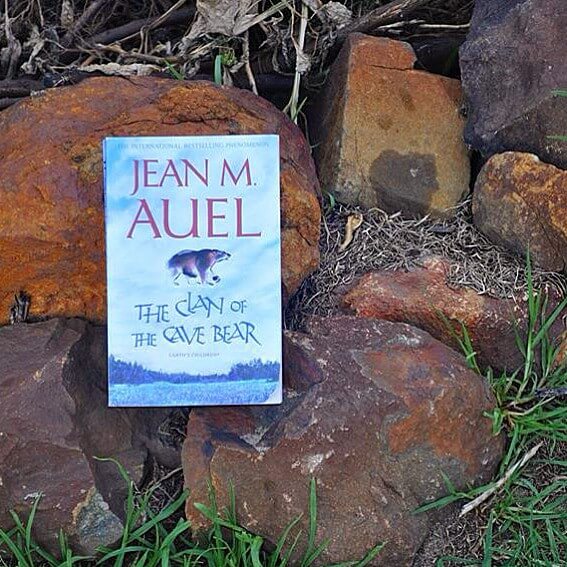 The Clan of the Cave Bear was one of only a very small number of novels that made the BBC Top 100 Reads that I hand’t heard of prior to working my way through the list. Written by Jean M Auel and published in 1980, The Clan of the Cave Bear is the first historical novel in Auel’s Earth Children series which speculates on the possibilities of interactions between Neanderthal and modern Cro-Magnon humans.

Taking the 92nd place in the BBC Big Reads poll, despite being one of the lesser known novels, it still came highly recommended by my step-father and a colleague of mine – both of whom had read it many years previously.

Set in Ice Age Europe, The Clan of the Cave Bear follows the tale of cro-Magnon – or first early modern human – Ayla who is adopted by a tribe of Neanderthal after losing her parents in an earthquake. Despite their initial reluctance to do so, under the example of medicine woman Iza and holy man Creb, the clan begin to accept Ayla as she begins to immerse herself into their way of life. Her journey, however, is not one without its struggles; due to the inherent differences between herself and the Neandethal people a deep rift forms between herself and future leader Broud which threatens both her inclusion in the clan and, ultimately, her life.

Essentially a coming of age story, The Clan of the Cave Bear is an intensely researched tale that gives its reader a wonderful glimpse into what life might have been like over thirty-thousand years ago. A compelling read that deals with love, loss, identity and adventure, the Earth’s Children series is one I will eagerly return to once I’ve finished the remaining books from the BBC Big Read.

About The Clan of the Cave Bear

This novel of awesome beauty and power is a moving saga about people, relationships, and the boundaries of love. Through Jean M. Auel’s magnificent storytelling we are taken back to the dawn of modern humans, and with a girl named Ayla we are swept up in the harsh and beautiful Ice Age world they shared with the ones who called themselves the Clan of the Cave Bear.

A natural disaster leaves the young girl wandering alone in an unfamiliar and dangerous land until she is found by a woman of the Clan, people very different from her own kind. To them, blond, blue-eyed Ayla looks peculiar and ugly–she is one of the Others, those who have moved into their ancient homeland; but Iza cannot leave the girl to die and takes her with them. Iza and Creb, the old Mog-ur, grow to love her, and as Ayla learns the ways of the Clan and Iza’s way of healing, most come to accept her. But the brutal and proud youth who is destined to become their next leader sees her differences as a threat to his authority. He develops a deep and abiding hatred for the strange girl of the Others who lives in their midst, and is determined to get his revenge.

Jean M. Auel, née Jean Marie Untinen is an American author best known for her Earth’s Children books, a series of historical fiction novels set in prehistoric Europe that explores interactions of Cro-Magnon people with Neanderthals. As of 2010 her books have sold more than 45 million copies worldwide, in many translations.

Auel attended University of Portland, and earned an MBA in 1976. She received honorary degrees from her alma mater, as well as the University of Maine and the Mount Vernon College for Women. She and her husband, Ray Bernard Auel, have five children and live in Portland, Oregon.