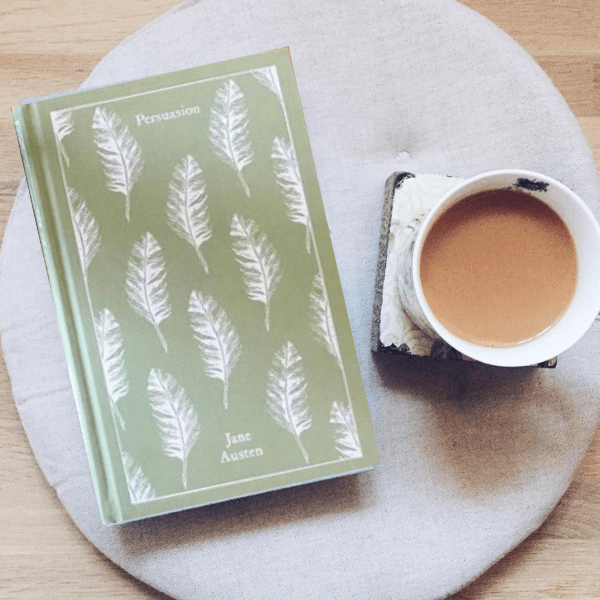 Prior to making the decision to read my way through the BBC Top 100 Reads I was yet to read any of Jane Austen’s novels. Thus, finishing the third of her books to have made the list of the nation’s best loved books feels like something of a personal achievement. Persuasion – at number 38 in the poll, with Pride and Prejudice and Emma taking 2nd and 40th places respectively – was Austen’s last novel, completed in August 1816, the year before she died aged 41.

Eight years prior to the opening of the novel, a warm-hearted Anne was encouraged by her father, elder sister and late mother’s best friend to turn down the offer of marriage from ambitious and intelligent Frederick Wentworth due to his lack of social status and financial security. Now successful and wealthy thanks to the Napoleonic War, Wentworth reenters Anne’s life when his sister takes over the tenancy at Kellynch Hall and the reader soon.

Anne, however, is now approaching spinsterhood and must suffer the humiliation of watching her erstwhile lover trying to win the affection of Louisa Musgrove, whose brother is married to Anne’s younger sister. Accidents, adventures and various miscommunications ensue before all eventually comes good for the unlikely heroine of Anne Elliot.

RELATED:  Review: Winnie The Pooh - A. A. Milne

Fusing a touch of melancholy with her unique take on the social issues of the nineteenth century, Persuasion is a charming read laced with irony and wit that will appeal to readers of all ages for many more years to come.

Twenty-seven-year old Anne Elliot is Austen’s most adult heroine. Eight years before the story proper begins, she is happily betrothed to a naval officer, Frederick Wentworth, but she precipitously breaks off the engagement when persuaded by her friend Lady Russell that such a match is unworthy. The breakup produces in Anne a deep and long-lasting regret. When later Wentworth returns from sea a rich and successful captain, he finds Anne’s family on the brink of financial ruin and his own sister a tenant in Kellynch Hall, the Elliot estate. All the tension of the novel revolves around one question: Will Anne and Wentworth be reunited in their love?

Jane Austen once compared her writing to painting on a little bit of ivory, 2 inches square. Readers of Persuasion will discover that neither her skill for delicate, ironic observations on social custom, love, and marriage nor her ability to apply a sharp focus lens to English manners and morals has deserted her in her final finished work.

Jane Austen was an English novelist whose works of romantic fiction, set among the landed gentry, earned her a place as one of the most widely read writers in English literature, her realism and biting social commentary cementing her historical importance among scholars and critics.

Austen lived her entire life as part of a close-knit family located on the lower fringes of the English landed gentry. She was educated primarily by her father and older brothers as well as through her own reading. The steadfast support of her family was critical to her development as a professional writer. Her artistic apprenticeship lasted from her teenage years until she was about 35 years old. During this period, she experimented with various literary forms, including the epistolary novel which she tried then abandoned, and wrote and extensively revised three major novels and began a fourth. From 1811 until 1816, with the release of Sense and Sensibility (1811), Pride and Prejudice (1813), Mansfield Park (1814) and Emma (1815), she achieved success as a published writer. She wrote two additional novels, Northanger Abbey and Persuasion, both published posthumously in 1818, and began a third, which was eventually titled Sanditon, but died before completing it.