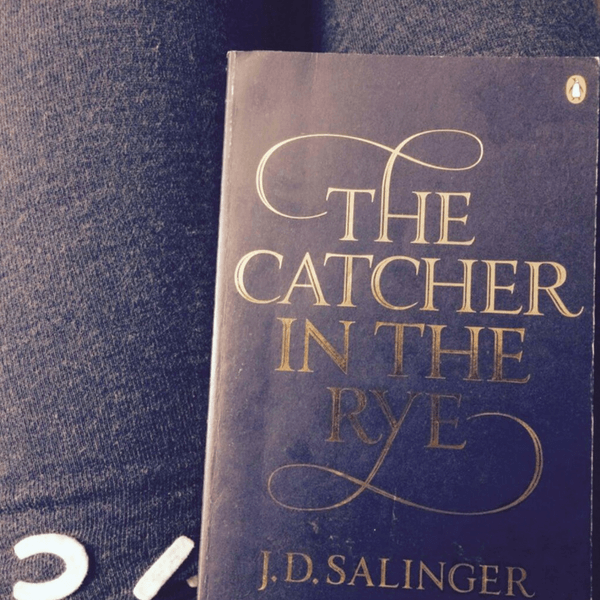 I happened across Catcher in the Rye at my Uncle’s house in Yorkshire in November 2010. I picked three or four books up by Daphne Du Maurier and then decided to add an extra tome to pile for good measure. Its name was familiar due to J. D. Salinger’s death earlier in the year and the book’s place in the Top 100 BBC Reads. I like nothing better than curling up with a good book on a long train journey and so I saved it for my trip back to Reading from York, and two-and-a-half hours later I was both nearing the end absolutely enthralled with this often banned book of teenage angst and woe.

There is nothing spectacular about this book; there is no epic plot like in Gone with the Wind, no sinister undertones so associated with Rebecca. It is a mere two hundred-or-so pages long. Despite all this, however, it’s without question one of the best and most gripping books I’ve ever read. The protagonist, despite his crude language, is amiable and charming and the book leaves you wanting to follow him through more of his escapades on his journey through adolescence. There is much controversy surrounding Catcher in the Rye; indeed Mark Chapman, convicted of John Lennon’s assassination, had the book on him at the time of the murder and was said to be ‘obsessed’ with the text. A teacher in America was also sacked for using it in a literature syllabus. However, fifty years on from its original publication, the frequent use of “goddamn” and “motherfucker” – which cause much outcry at the time, would, I imagine, have little affect on today’s reader. That it was banned and censored a number of times in its history perhapds only added to the notoriety and fame so associated with J. D. Salinger’s best loved book.

Coming from someone whose favourite writers, prior to working my way through the BBC Top 100, have tended to be women, I can now say that JD Salinger is up there with the best of them. Catcher in the Rye is an absolutely captivating book.

About Catcher in the Rye

J.D. Salinger’s classic novel of teenage angst and rebellion was first published in 1951. The novel was included on Time‘s 2005 list of the 100 best English-language novels written since 1923. It was named by Modern Library and its readers as one of the 100 best English-language novels of the 20th century. It has been frequently challenged in the court for its liberal use of profanity and portrayal of sexuality and in the 1950’s and 60’s it was the novel that every teenage boy wants to read.

J D Salinger was born in 1919. He grew up in New York City, and wrote short stories from an early age, but his breakthrough came in 1948 with the publication in The New Yorker of ‘A Perfect Day for Bananafish’. The Catcher in the Rye was his first and only novel, published in 1951. It remains one of the most translated, taught and reprinted texts, and has sold some 65 million copies. It was followed by three other books of short stories and novellas, the most recent of which was published in 1963. He lived in Cornish, New Hampshire up until his death in 2010.