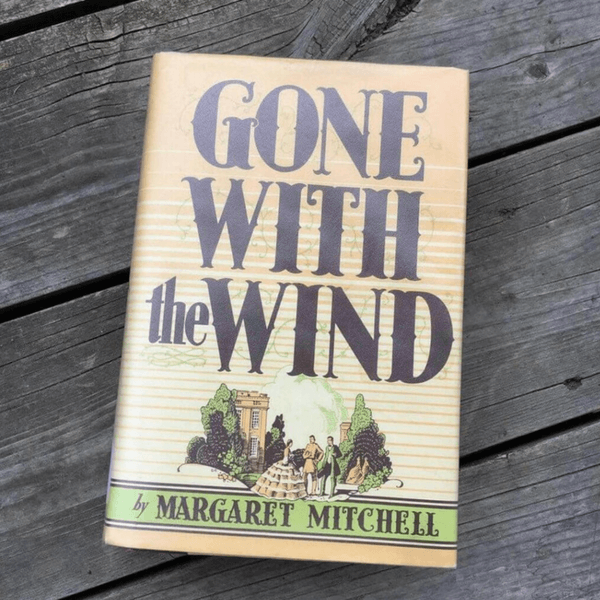 I had recently begun working my way through the Top 100 BBC Reads when I was at my friend Kim’s house, just before Christmas 2009. Her parents, Colin and Lesley are both avid readers like myself, and when, scanning their endless bookshelves piled high with tome after tome, I asked for a recommendation, and Lesley handed me Gone With The Wind. It was a thick brick of a book – over a thousand pages – and I have to admit I wasn’t thrilled at the prospect of tackling such a long book over the festive period, particularly given that from what I could deduce from the blurb, its main topic was war.

How wrong I was. And how I shall ever be indebted to Lesley for lending it to me. It was perhaps a hundred or so pages into Gone With The Wind that I really fell for this epic tale; and from then on in, I never wanted it to end.

Scarlett O’Hara and Rhett Butler, the hero and heroine of the book are so full of life and their complex relationship is without question the single favourite I have ever come across in the many hundreds of books I have read. My boyfriend at the time paled in comparison to Rhett Butler, whose wit and charm had me, quite literally, swooning.

And alongside this epic romance is a very real war and an intense plot that deals with death, racial discrimination, and triumph over adversity. Gone With The Wind literally took my breath away (no pun intended) and it is, without question, my very favourite book of all time.

RELATED:  Review: How to be Both - Ali Smith

About Gone with the Wind

Gone with the Wind is a novel written by Margaret Mitchell, first published in 1936. The story is set in Clayton County, Georgia, and Atlanta during the American Civil War and Reconstruction era. It depicts the struggles of young Scarlett O’Hara, the spoiled daughter of a well-to-do plantation owner, who must use every means at her disposal to claw her way out of the poverty she finds herself in after Sherman’s March to the Sea. A historical novel, the story is a Bildungsroman or coming-of-age story, with the title taken from a poem written by Ernest Dowson.

Gone with the Wind was popular with American readers from the onset and was the top American fiction bestseller in the year it was published and in 1937. As of 2014, a Harris poll found it to be the second favorite book of American readers, just behind the Bible. More than 30 million copies have been printed worldwide.

Margaret Munnerlyn Mitchell, popularly known as Margaret Mitchell, was an American author, who won the Pulitzer Prize in 1937 for her novel, Gone with the Wind, published in 1936. The novel is one of the most popular books of all time, selling more than 28 million copies. An American film adaptation, released in 1939, became the highest-grossing film in the history of Hollywood, and received a record-breaking number of Academy Awards.

4 comments on “Review: Gone With The Wind – Margaret Mitchell”