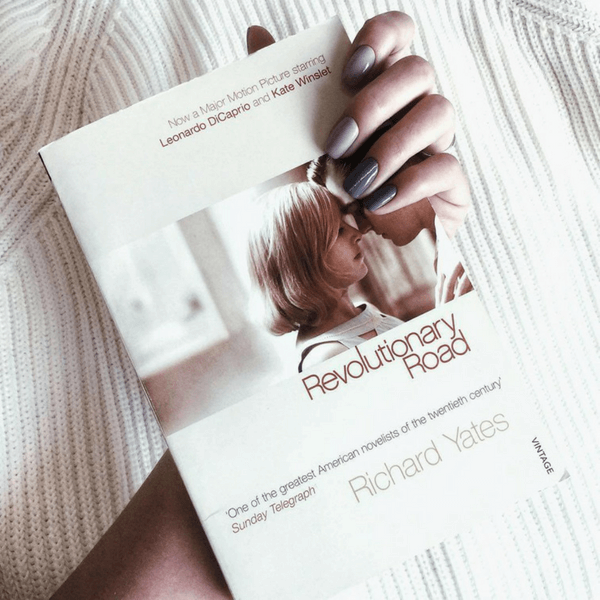 Much of what I like about reading is thus: creating characters in my head; assigning them a hair colour, a height, flushed cheeks, plumped lips. When I began reading Revolutionary Road, however, all that had already been done for me. April and Frank Wheeler weren’t faceless names that I was to bring to life; they had already taken form. While I hadn’t watched the screen adaptation of Revolutionary Road, I hadn’t been able to miss the publicity surrounding it and consequently April Wheeler bore Kate Winslet’s beautiful symmetry; Frank Wheeler possessed Leonardo DiCaprio’s boyish good looks.

Described by The Sunday Telegraph as ‘one of the greatest novelists of the twentieth century’, Richard Yates demonstrates his ability to turn the banal into the extraordinary in his first published novel, Revolutionary Road, which was consequently nominated for the National Book Award in 1961.

Following the lives of Frank and Alice Wheeler, a suburban couple in 1950s America, Revolutionary Road explores themes of boredom and excitement, and of fear and of bravery. Having found themselves stuck in a metaphoric rut, the Wheelers decide to risk it all for a fresh start in Europe, a move they believe will be the start of a life, rather than a mere existence. So caught up do they become in their plans, however, that their sense of reality is lost to bitter rows, infidelity and a consequent tragedy that sees them pay the ultimate price.

A beautifully written book, Revolutionary Road captures a bygone time with a moving plot and tightly crafted characters whose aspirations remain relevant half-a-century on from it’s first publication. With a climatic twist at the end, thus becomes apparent: be careful what you wish for.

In the hopeful 1950s, Frank and April Wheeler appear to be a model couple: bright, beautiful, talented, with two young children and a starter home in the suburbs. Perhaps they married too young and started a family too early. Maybe Frank’s job is dull. And April never saw herself as a housewife. Yet they have always lived on the assumption that greatness is only just around the corner. But now that certainty is about to crumble. With heartbreaking compassion and remorseless clarity, Richard Yates shows how Frank and April mortgage their spiritual birthright, betraying not only each other, but their best selves.

Richard Yates was born in 1926 in New York and lived in California. His prize-winning stories began to appear in 1953 and his first novel, Revolutionary Road, was nominated for the National Book Award in 1961. He is the author of eight other works, including the novels A Good School, The Easter Parade, and Disturbing the Peace, and two collections of short stories, Eleven Kinds of Loneliness and Liars in Love. He died in 1992.