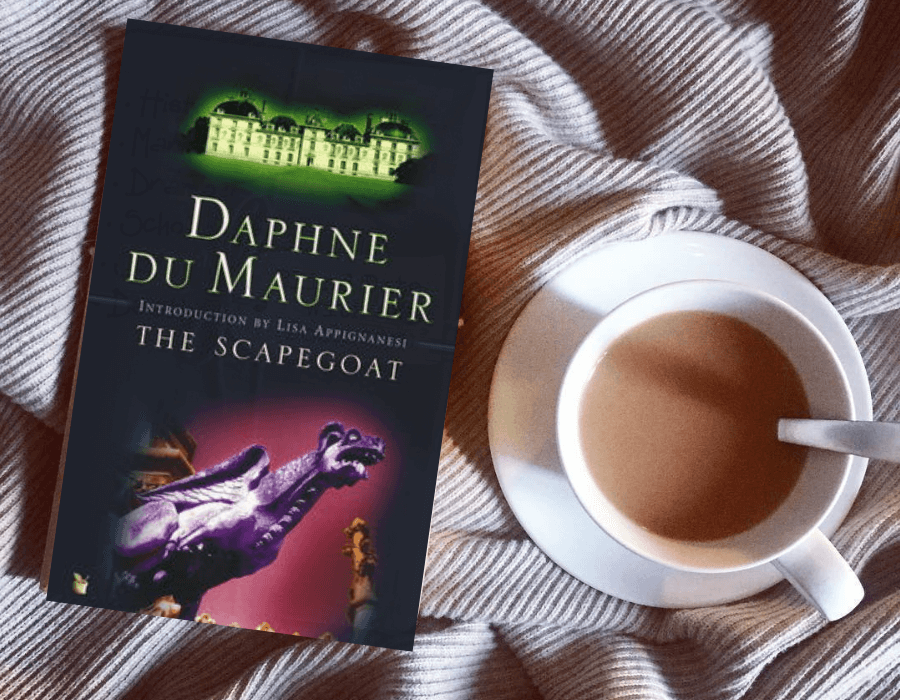 Since reading Du Maurier’s most celebrated novel – Rebecca – I’ve bought every single one of her publications I’ve been able to get my hands on. So much so that I now own four copies of Rebecca, three of Frenchman’s Creek and two of both Jamaica Inn and My Cousin Rachel – an impressive, though equally pointless, collection of some of her most loved books.

Always on the look-out for opportunities to add to said collection (charity shops, thrift stores, relative’s book shelves), I recently came across an antique print shop in Knightsbridge whose shelf of books adorning the outside pavement certainly caught my eye. Much of what was on offer included hard back books full of watercolour paintings and faded copies of French literature, until I happened across two of Du Maurier’s novels, neither of which I had read; I’ll Never Be Young Again and The Scapegoat. Based purely on my preference for the latter’s front cover – an eerie looking gargoyle enveloped in shadows as opposed to a stylishly dressed woman with a back drop of the Eiffel Tower – I opted to read The Scapegoat first. And having asked around fellow Du Maurier fans – my mother, step-mother, aunt and uncle – I was intrigued to discover that none of them had read it. Indeed, in the novel’s introduction it laments the book’s little known success – particularly with a writing style and plot to rival that of Rebecca.

And so I began, and barely did I stop for breath from start to finish, such was the brilliance of this book.

The Scapegoat tells the story of John, an English professor who dissatisfied with life, is holidaying in France when he comes across his double, a Frenchman called Jean De Gue to whom he has no relation. Struck by their physical similarities, the men spend the evening together drinking, only for John to awaken the next morning wearing Jean Du Gue’s jacket and in possession of his wallet, car keys and ID. Jean De Gue, meanwhile, is nowhere to be seen, and nor are any of John’s possessions.

Thus, what follows is a compelling and unusual story which keeps the reader guessing right until the bitter end. Sinister and gripping, Du Maurier’s writing is wonderfully atmospheric and her descriptions of the hotel in Le Mans, the grounds of Jean de Gue’s estate in the French countryside and Bella’s antique shop in the town of Villars are every bit as evocative as that of her native Cornwall.

The characters and their complex relationships cause much suspense throughout the novel which kept me on the edge of my seat until the very final page.

The Scapegoat is a hidden gem buried deep within Du Maurier’s chest of treasure. Prepare to be astounded.

Buy The Scapegoat by Daphne Du Maurier on Amazon or from Waterstones.

By chance, John and Jean–one English, the other French–meet in a provincial railway station. Their resemblance to each other is uncanny, and they spend the next few hours talking and drinking – until at last John falls into a drunken stupor. It’s to be his last carefree moment, for when he wakes, Jean has stolen his identity and disappeared. So the Englishman steps into the Frenchman’s shoes, and faces a variety of perplexing roles – as owner of a chateau, director of a failing business, head of a fractious family, and master of nothing.

Gripping and complex, The Scapegoat is a masterful exploration of doubling and identity, and of the dark side of the self.

Daphne du Maurier was born in London, the daughter of the famous actor-manager Sir Gerald du Maurier. Educated at home and later in Paris, she began writing short stories and articles in 1928, and in 1931 her first novel, The Loving Spirit, was published. Rebecca made her one of the most popular authors of her day. Many of her bestselling novels became award-winning films. She lived most of her life in Cornwall, the setting for many of her books. She died in 1989.