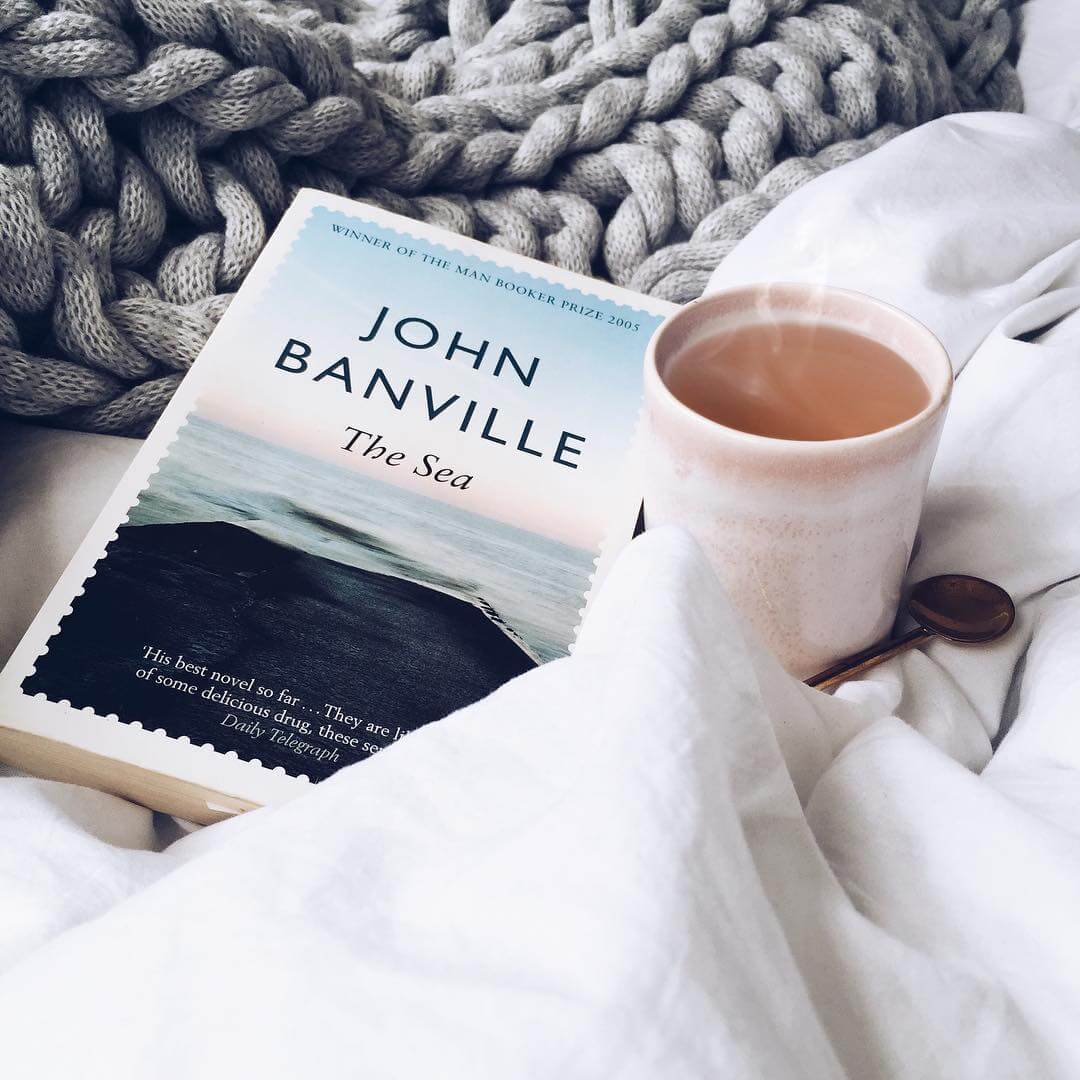 They say to never judge a book by its cover, but I simply couldn’t help myself when it came to John Banville’s The Sea. I was staying at Bendooley Estate in Australia’s Southern Highlands, and was exploring a nearby antiques market when I happened across this book. I hadn’t gone out with the intention to buy a new book – having already packed an ambitious two books for my two night break – but when I happened across a cubby hole whose shelves were piled high with books, I couldn’t resist a browse. There’s something about second-hand books that makes them even more enticing than new ones; their well thumbed pages, the cursive dedications marking a memory – a birthday, a Christmas or a just-because; the simple notion that someone has read the very same book before.

Many of the books for sale were ones I knew and loved – there were a number of Harry Potters, a few by Charles Dickens; a copy of Rebecca that I had to resist buying – but it was The Sea and its tranquil front cover that caught my attention.

Soon after I returned from the Southern Highlands, I started reading The Sea. I was house sitting for friends in Tamarama; you can hear the lull of the waves from their ocean-front apartment, and I couldn’t think of a more appropriate place to read John Banville’s Man Booker winning book.

A melancholy story about memory and grief, The Sea tells the tale of retired art historian Max Morden, who is grieving for his late wife following her battle with cancer. Her death has brought with it a series of memories from when he was a young boy and, during one summer, two of his friends – a girl on whom he had a crush and her twin brother – were tragically drowned in the seaside resort town where he and his parents were on holiday.

To ease his grief and make peace with the past, Max decides to go back to the coastal town that is so rife with nostalgia, and so he returns to stay for a few weeks in a guesthouse that him and his parents visited during his youth.

The tale weaves between the present day, his childhood, and time spent with his wife and daughter prior to his wife’s death, and is rich with poetic prose throughout. Judging by many of the book’s reviews; many find the writing style too rich and dense, but as someone who loves lyricism as much as a compelling plot, for me it’s one of the book’s best features.

Banville explores themes of love and grief, relationships and separation and the seascape is beautifully depicted, as is the intensity of the lonely little boy of Max’s youth. Wonderfully written, with a well paced plot and a number of twists and turns, while The Sea isn’t the most uplifting book I’ve read, it certainly leaves a lasting impression on its reader. 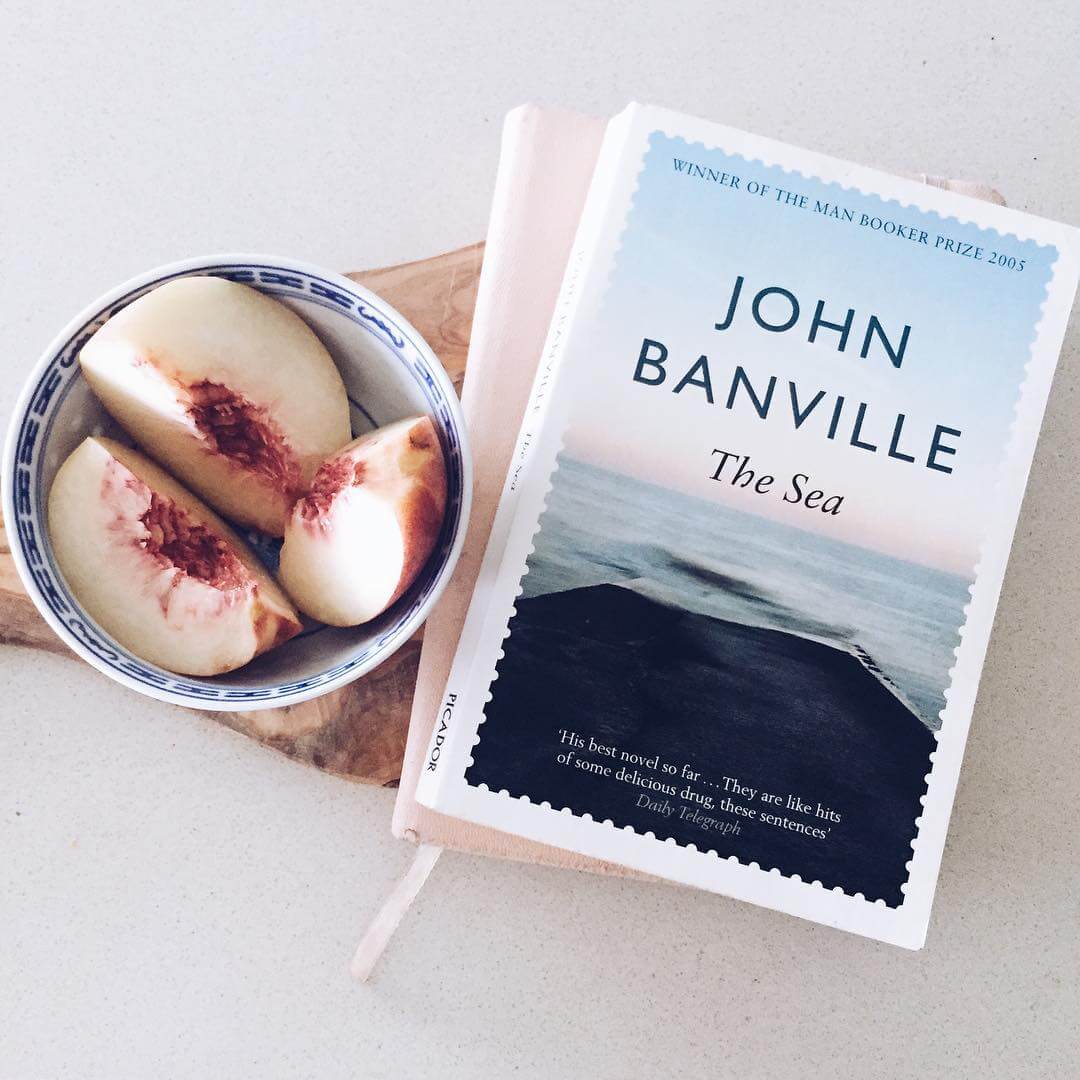 About The Sea by John Banville

In this luminous new novel about love, loss, and the unpredictable power of memory, John Banville introduces us to Max Morden, a middle-aged Irishman who has gone back to the seaside town where he spent his summer holidays as a child to cope with the recent loss of his wife. It is also a return to the place where he met the Graces, the well-heeled family with whom he experienced the strange suddenness of both love and death for the first time. What Max comes to understand about the past, and about its indelible effects on him, is at the center of this elegiac, gorgeously written novel among the finest we have had from this masterful writer.

Banville was born in Wexford, Ireland. His father worked in a garage and died when Banville was in his early thirties; his mother was a housewife. He is the youngest of three siblings; his older brother Vincent is also a novelist and has written under the name Vincent Lawrence as well as his own. His sister Vonnie Banville-Evans has written both a children’s novel and a reminiscence of growing up in Wexford. He is the author of fifteen novels including The Sea, which won the 2005 Man Booker Prize. He lives in Dublin.